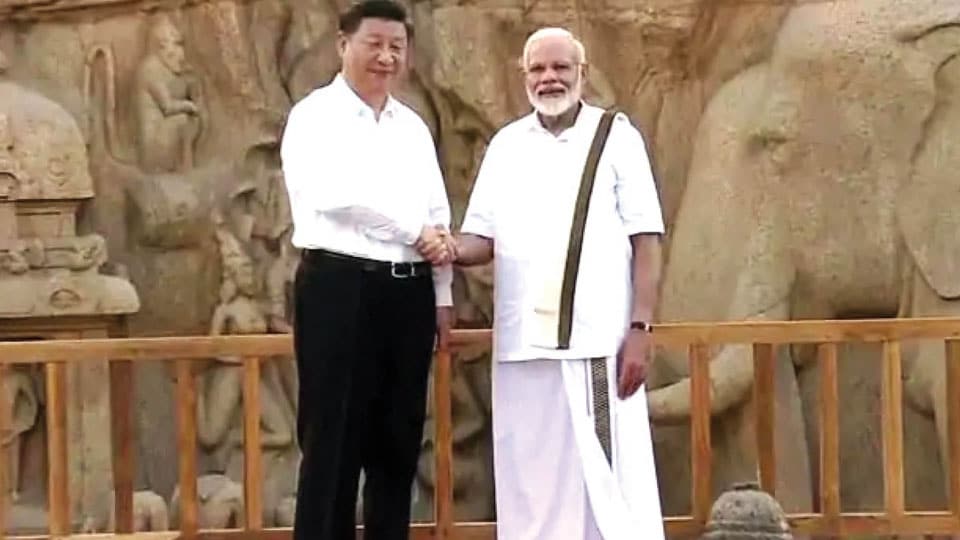 India’s view of, and dealings with, China are becoming curiouser and curiouser. Suddenly we are told that dozens of Chinese apps have been banned. Reasons cited include security and privacy. How come these became issues only now? For long China, like all other topics, has been a provider of opportunities for our Prime Minister to display his showmanship; remember his donning South Indian veshti and angavastram for a meeting with Xi Jinping?  All that is forgotten now.

About two months ago our Government decided to put import restrictions on Chinese goods. More recently some 200 proposals China had put forward for investment were held up for “security clearance.” After the Ladakh clash that killed 20 Indian soldiers, these were seen as political – strategic moves.  Why were economic realities never a factor in India’s relations with China?  Lazy India became dependent on hard-working China for even everyday items.

Consider the situation that developed as a result of this approach. Our smart-phone market is dominated by China.  The “Made in India” tag on some phones is a patriotic lie; it only means “assembled” in India.  Radial tyres for trucks, power equipment, electronic components for the metros in our big cities, all come from China.  Why?  Even if this is understandable to some extent, why is it that our Ganesha idols have to be imported from China? Why do our Diwali crackers come from China?

This rather humiliating situation should have woken up our leaders long ago. But there are some hard realities behind the slumber.  Perhaps the most noteworthy is the cleverness with which China massaged our ego and diverted our attention. Look at its almost unnatural interest in Gujarat. Its investments in Gujarat in the last five years add up to an impressive Rs.43,000 crore.  The Chinese association of small and medium enterprises has secured the contract for an industrial plant in Dholera Smart City. Its Great Wall Motors Company has drawn up plans to invest Rs. 7,000 crore in a mega vehicle manufacturing plant in Gujarat. Other Chinese enterprises have also got involved in various projects in Gujarat.

Which leader from Gujarat would fail to notice with appreciation this level of interest by a foreign country? To drive it further home, the shrewd Chinese picked some politically important platforms for special consideration. Through high-fashion companies like Oppo and Xiaoma, they gave Rs. 49 crore to PM-CARES Fund which, as of now, is not subject to any auditing systems in the country. They also drew up plans to set up a Chinatown in Gujarat.  (Chinatowns are cultural magnets with which the Chinese attract people across the world.  The Chinatowns in New York and San Francisco are living bits of China’s heart with which local people identify in toto.)

Chineseness has another characteristic that is unique.  While Indians in London try to become as English as the English, the Chinese remain Chinese inside and outside.  What is part of their culture they will never shed. Their notions about India with which they have problems of the bristling kind, are deeply entrenched.  India has learned that China is a hard bargainer, unused to yielding an inch even as it expects others to yield a yard.

Add to this their latent disdain for Indians.  They have disdain for all non-Chinese though they do not show it. With India they don’t mind showing a bit of it. A recent Facebook post by a Chinese citizen was typical.  “Even if Chinese people want to boycott Indian products, they can’t really find many Indian goods. Indian friends, you need to have some things that are more important than nationalism.”

Obviously he was aware of India’s dependence on China even for toys and drugs.  So what do we do?  Switching to the US will be a fool’s errand.  Our great nationalist leaders should ask why India is in a situation where it has to depend either on China or on the US to sustain itself.  They are ever boastful about India’s capabilities, but they don’t seem to know how to promote domestic enterprise so that we don’t have to be at the mercy of others for our everyday needs.

Perhaps the mistake is with observers like me — that we do not see things in the right perspective.  Perhaps the only fact that matters is that our Prime Minister is strong and his Government is firmly entrenched, that he has got Covid and Galwan under his grip and that the sun is shining bright.  A mild Vande Bharat shout will be in order.

3 COMMENTS ON THIS POST To “Vande Bharat beats China, Covid”