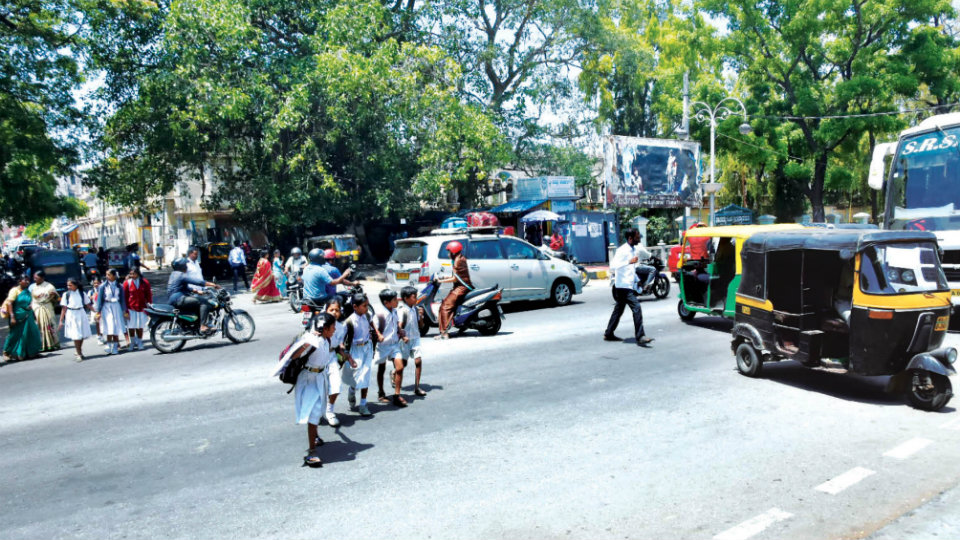 Mysuru/Mysore: The decision of Mysuru City Corporation (MCC) to take up the construction of a new subway near the densely-populated Mysore Bus Stand near K.R. Circle has brought the focus back on the other two subways in the heart of the city that are poorly maintained and locked for months together, except during Dasara.

According to Agrahara Corporator B.V. Manjunath, students at present cross the road to walk to their institutions and back to City Bus Stand to reach their homes. “I have been demanding the subway for the past four years. However, no Mayor had taken the demand seriously. But when I submitted the request to Mayor Tasneem, she responded and inspected the place. I have requested the Mayor to reserve Rs. 3 crore in the MCC Budget,” he said.

Once constructed, the subway will benefit more than 1,500 students of Maharani’s Junior College (near Avila Convent), Marimallapa’s and Sadvidya Colleges, students from tuition centres who travel to and fro City Bus Stand and their colleges nearby. Also, many people use the road to reach the nearby Santhepet. The subway will facilitate smooth traffic flow above and obstruction-less pedestrian flow below.

In the light of MCC’s move to construct a new subway, Star of Mysore conducted a reality check of the existing two subways in city this morning — one from Mysore Palace to Dasara Exhibition Grounds and the other from junction of Dhanvanthri Road and Sayyaji Rao Road near Bata Showroom.

While the subway from Mysore Palace to Dasara Exhibition Grounds is closed round the year except for two or three months for Dasara as the subway had become a place for illegal activities, the subway near the Bata Showroom on Sayyaji Rao Road reeks of musty smell due to lack of maintenance. There are betel-nut-leaf spit stains all over.

Though one security person has been deployed at the entrance of the subway, he is unable to control the people who dirty the pedestrian way. The security guard was posted here as there was an attempt by a miscreant to snatch the gold chain of a pedestrian sometime back.

Water logging was a major problem in this subway and the MCC had prevented it. Though water logging has been cleared, there are still some reminiscent of it with stains all over. The leaking pipes have been repaired and the whole place has been cleaned. However, the subway still stinks and many people prefer to walk on the road and dangerously cross the same amidst vehicles that zip past instead of walking inside the subway.

“After the subway was thrown open to public, I had hoped that the subway might be clean as so many people use it every day. But sadly, the subway has not been maintained properly. When we do not respect and safeguard the public properties such as subways how can we blame the Government when they are trying to provide good facilities? Even the citizens must feel responsible towards safeguarding the public property,” said Akshata Ramakrishna who was walking inside the subway with her nose and mouth covered with her veil this morning.