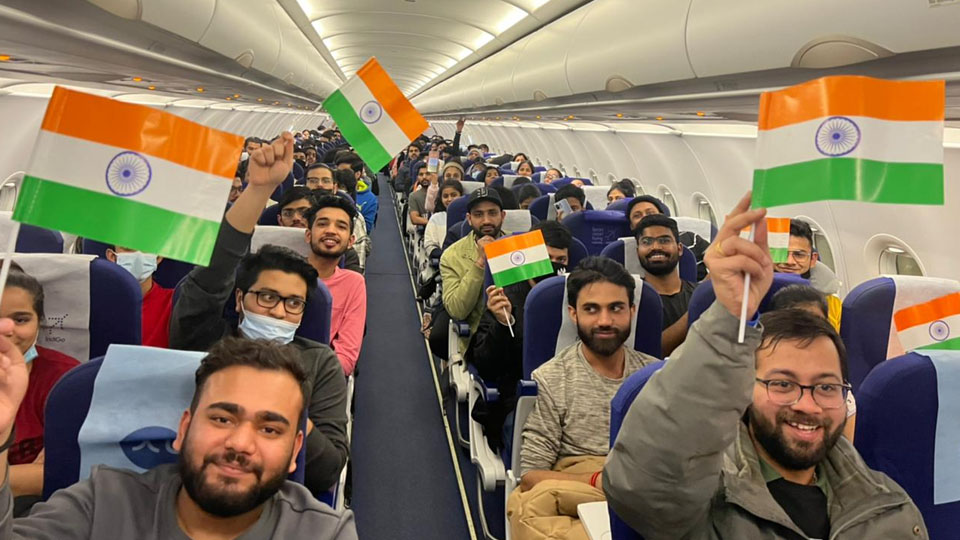 Under ‘Operation Ganga,’ eight flights of the IAF, Air India and IndiGo will operate from the Romanian capital Bucharest to India today (Thursday), he said on Twitter. India has been evacuating its citizens through special flights from Ukraine’s western neighbours such as Romania, Hungary and Poland as the Ukrainian airspace has been shut since Feb. 24 due to the Russian military offensive.

Two flights of IndiGo will depart from Romanian city Suceava and one flight of SpiceJet will leave from Slovakian city Kosice today, Scindia added. IAF, Go First and Air India will operate five flights from Hungarian capital Budapest to India, he said, adding IndiGo will operate two flights from Polish city Rzeszow to India. “With all hands on deck and the direction of Prime Minister Narendra Modi, we will get 3,726 of our people back home today. Jai Hind!” Scindia tweeted.

“We have not received reports of any hostage situation regarding any student. We have requested support of Ukrainian authorities in arranging special trains for taking out students from Kharkiv and neighbouring areas to western part of the country,” Ministry of External Affairs spokesperson Arindam Bagchi said. The clarification came after Russian Government claimed that Ukrainian forces are keeping a large group of Indian students as “hostages.”

8 COMMENTS ON THIS POST To “Operation Ganga: 19 flights to carry 3,726 Indians today”