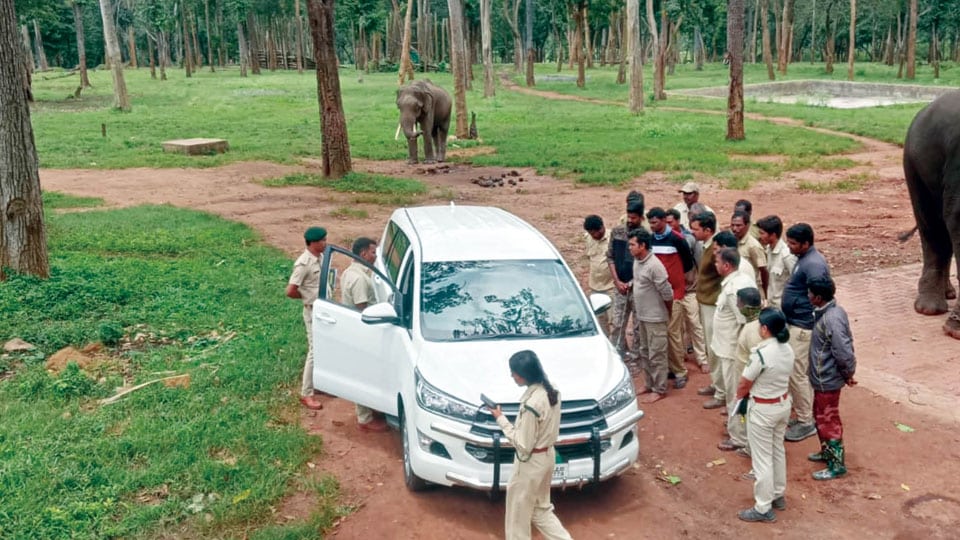 Hunsur: The Mahouts and Kavadis at Mathigod Elephant camp have refused to participate in the operation to capture two rogue elephants in Ramanagar division till their demands are met.

Ramanagar Forest officials had sought elephants Bheema and Ganesh for the operation to capture them and  to radio collar them and Nagarahole ACF Satish, who went to Mathigod Elephant Camp, instructed the Mahouts and Kavadis to go to Ramanagar along with the elephants to take part in the operation.

It may be recalled that the Mahouts and Kavadis have taken a unanimous decision to boycott this year’s Dasara by not taking their elephants to Mysuru if their immediate demand of a pay hike is not implemented by Aug. 5, two days before Gajapayana (Aug. 7).

Association Vice-President J.K. Dhobi, who has been a Mahout for nine years, said that there is severe pay disparity among Forest Department staff and when it comes to elephants, Mahouts and Kavadis take all the risks but are paid meagrely.