Home » Columns » Our not so graceful Presidential Election! 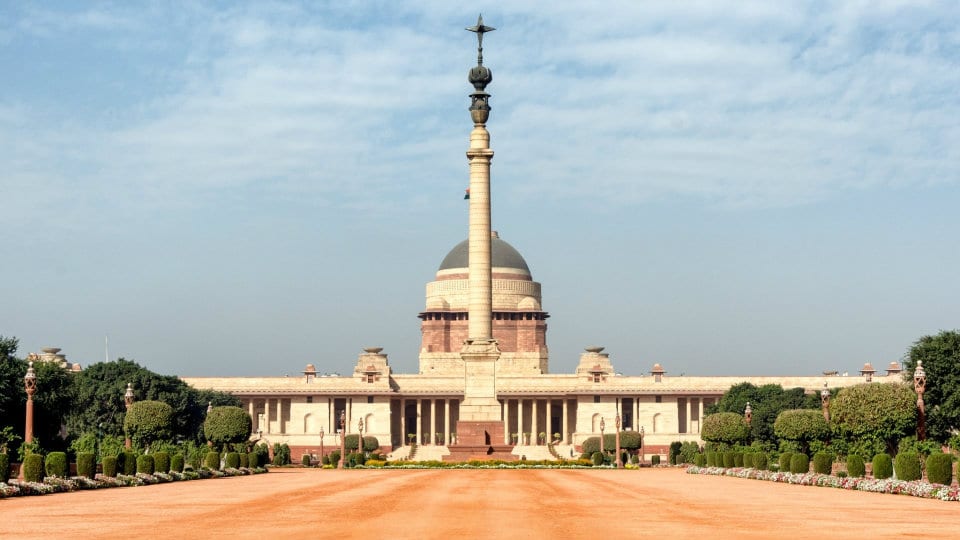 Our not so graceful Presidential Election!

The results of our forthcoming Presidential election that is just around the corner, are a foregone conclusion. With a determined ruling party all set to put their candidate into our Rashtrapati Bhavan and a completely disbanded, scattered and now almost hopelessly withered Opposition, pitched against it, the outcome cannot be otherwise. One does not need to have the acumen of an astute political analyst or the guarded showmanship of an astrologer to predict the outcome of such a mismatched electoral battle.

Yes, going by what I have seen over the six decades of my own life, guarded showmanship is the only phrase I can think of to describe all astrologers’ predictions. Although I have read of and even heard reports of some outstandingly accurate predictions that were made by some very famous astrologers, they have only made interesting narratives to me.

I have never seen complete infallibility yet, and as we all know very well, every one of them, without any exceptions, have goofed up miserably, more often than not. And, this is irrespective of the mediums they use, from the lines on our palms or the positions of the celestial bodies in our galaxy, the tea leaf residues in our teacups or their own psychic parrots and even the occasional octopus, picked up from the deep sea!

And, I have also written about them all, at some time or the other, in the course of my weekly ramblings. But despite its plainly evident unreliability, astrology, which some call a science, still remains the biggest money spinner across the world, with towering personalities, from political bigwigs, film stars, business tycoons and even some men and women of science, relying on it for guidance.

When this is the scenario, what can we say in criticism of the poor man in tattered clothes, who squats on his haunches, with an anxious expression on his face, holding his palm under the nose of a roadside palmist? Strangely, it does not seem to matter at all to him that the man whom he is consulting to effect a change in his future for the better, is himself unable to mend his own destiny with his art and therefore remains on the roadside all his life, robed in tatters!

Now, coming back from my upakatha about astrology to our Presidential poll, I feel very sad when I look at the road it is taking. We seem all set to let an election decide who our next President is going to be. My sorrow does not lie in the fact that this is a completely mismatched, let alone unfair contest but in the sad reality that what should ideally have been a process enjoying complete unanimity, it is now all set to become a show of our disunity and lack of coherence as a nation.

Yes, however diverse and divided we may be in our political ideologies, when it comes to choosing a candidate to occupy the highest ornamental office of our country, we need to showcase our unwavering unity for the rest of the world to see.

It is ironical that in our Parliamentary democracy where our Prime Minister is the one who calls all the shots and runs the entire show with his chosen team, the President whom we call the supreme commander of our armed forces is only an ornamental head! That is why the President’s post is very often said     to be that of a mere rubber stamp, although I feel that we should not denigrate its level     to that kind of disrespect with our utterances.

We should all remember that there are times occasionally, and we have seen them too, when the President had to intervene and take control of the reins of the country’s stagecoach, albeit briefly, in times of need. But even if the stark truth is that we have only an ornamental President, we need to keep in mind the fact that he or she is the jewel in the crown of our country. And, it is therefore the bounden duty of every one of us and all our political parties to ensure that the dignity of this post is preserved for all to see.

It is not just these two agencies that have to bear this in mind but also the person who holds this post, who by his or her personal conduct and way of life, is vested with a very great deal of accountability.  Choosing the right President and being the right President is therefore a very delicate, tripartite responsibility.

But none of us can deny the glaring fact that although we have put a few very outstanding personalities on the President’s chair, on many occasions, we have not been very fair in our assessment of the worthiness of many of them to occupy that post. This has resulted in the sidelining of some very able and deserving luminaries we have had amidst us.

It is a great consolation that this post has largely been held by persons who have conducted themselves admirably well, despite the fact that some of them had their own political backgrounds and even persisting affiliations. But as we all know and as some of us from the older generation have seen, there have been a few lapses, on the part of some of the persons who have held this exalted post. Notable is the instance when one of our Presidents chose to crawl when he was expected to only bend! His one act of affixing his signature changed the entire political profile of our country. You very well know which era I am talking about and what our country went through at that time.

While hoping that such a mishap never happens in the future of our country, let us try to make the job of selecting our fifteenth President a graceful exercise. To do this we have to cast aside our differences, our diverse ideologies, agendas and prejudices and ensure that this process is based only on complete unanimity.

There is still time for all our political parties to ensure this and I hope they do it without seeing this as a loss of face, because with this one act of magnanimity, they would only be upholding the dignity of our nation and  our nationality!

24 COMMENTS ON THIS POST To “Our not so graceful Presidential Election!”