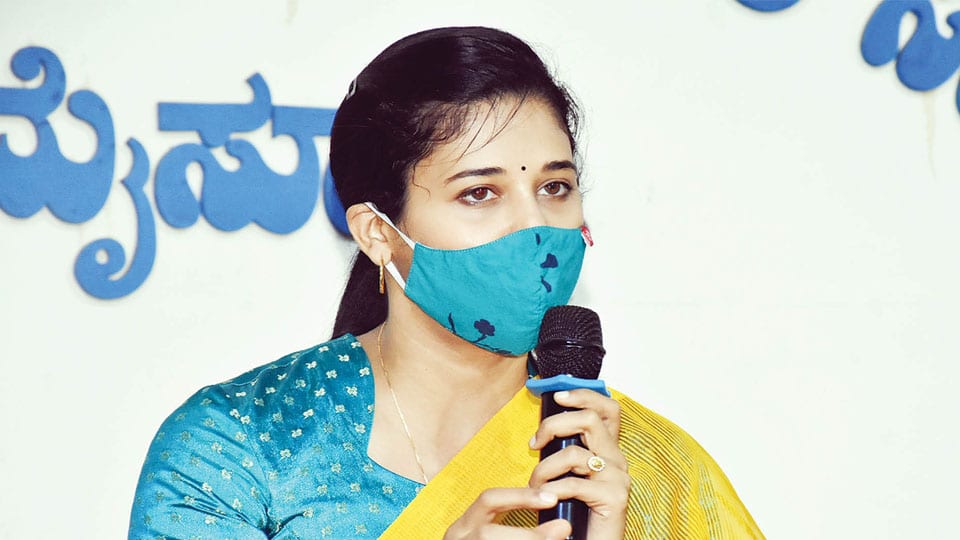 I am being targeted as soon as I took charge as DC, says Rohini Sindhuri

Mysore/Mysuru: Reacting for the first time to media on the report submitted by the three-member probe Committee to the Karnataka High Court regarding the Chamarajanagar District Hospital tragedy where 24 patients died on the intervening night of May 2 and 3 due to oxygen shortage, Mysuru Deputy Commissioner Rohini Sindhuri has stated that the Committee’s findings vindicated the Mysuru District Administration’s stand on the issue.

The Committee has given a clean chit to Mysuru DC and said that it was evident that the Mysuru DC had not in any way blocked the supply of oxygen cylinders to Chamarajanagar. “The Committee report is there for everyone to see and the truth has come out,” she told reporters after participating in the Basava Jayanthi event at Dr. Sri Shivarathri Rajendra Circle near Gun House in city this morning.

Replying to queries by reporters, Rohini Sindhuri said, “As Basavanna has preached, no one should thieve, kill or tell lies (Kalabeda, Kolabeda, Husiya Nudiyabeda). I am not here to react to every statement made by politicians. The Committee has cleared the name of Mysuru District Administration and several baseless and motivated statements had put a black mark on Mysuru. Unfortunately, while targeting me, they have brought a bad name to Mysuru. Mysuru has erased the black mark now. Those people who had made such allegations must apologise to Mysureans.”

When the reporters insisted that she should react on the statements made by former Corporator and MLA, Rohini Sindhuri retorted, “Media should desist from asking such questions. I am not here to react to everyone’s statements that too in the time of pandemic and at a critical juncture to save lives. This is not the time for replying to allegations,” she said.

“They have been targeting me from the day I assumed charge as Mysuru DC and sadly I am being personally targeted in many ways. I have not reacted to such statements and only time will tell. During a crisis time, people, bureaucrats and politicians must join hands to fight the contagion. Let Basavanna’s preaching guide them and may Goddess Chamundeshwari give wisdom to them,” Deputy Commisioner Rohini Sindhuri said.

3 COMMENTS ON THIS POST To “Our stand on Chamarajanagar tragedy vindicated: DC”