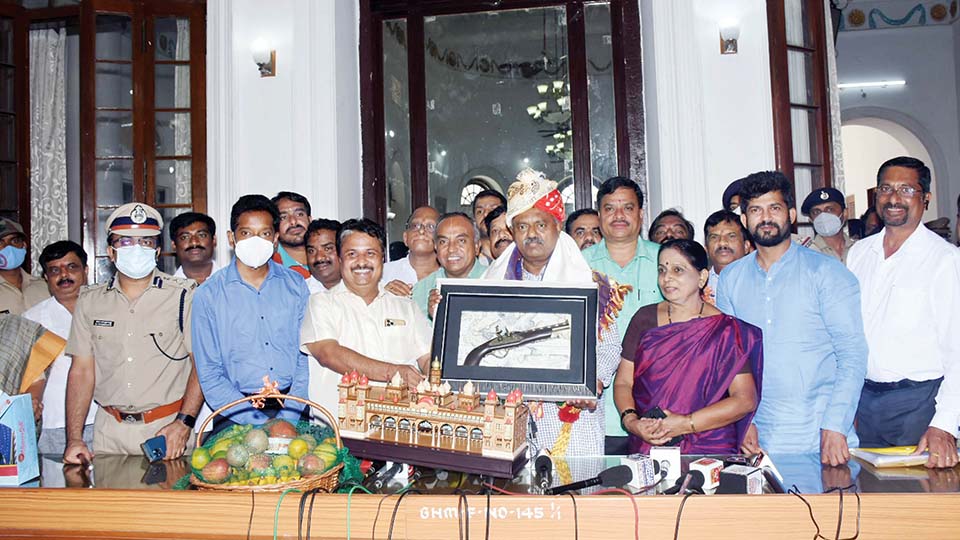 Mysore/Mysuru: Over 5.3 lakh people have watched this year’s Dasara from Oct. 7 to 15 through various social platforms, said District Minister S.T. Somashekar, thanking Chief Minister Basavaraj Bommai, who is also the Chairman of High-Level Dasara Committee, for his continued support and valuable guidance.

Giving statistics of the number of people who watched the procession on the final day, he said that 1.85 lakh people watched Dasara through Facebook, 32,500 through YouTube, 5,300 on the official website. He said that in total more than 5.12 lakh people have watched Dasara on Facebook, 49,500 on YouTube and 23,150 on the official website since the inauguration till the ‘Jumboo Savari’ procession.

Pointing out that only a few people could watch ‘Jumboo Savari’ this time as there were COVID restrictions, he lauded the support extended by the print, electronic and all other forms of media, which enabled the programmes to reach out to the people. Offering special thanks to the media for their unlimited support right from the inauguration of the festivities till the end, he said that it is heartening to note that lakhs of people have watched Dasara virtually.

Asserting that Dasara this year has many specialties, he said that a new practice of bringing the  idol of the deity — Goddess Chamundeshwari — from atop the Hill to the Palace premises has been set, he said that the people waited in anxiety to watch the deity being brought in a procession accompanied by Nadaswara and chanting of hymns and slogans hailing the deity.

Contending that more than 100 cultural and musical troupes have been given an opportunity at the cultural programmes, he said that he was happy to note that Abhimanyu carried the Golden Howdah successively for the second time. He complimented the role of Mahouts, Kavadis and the Forest Department staff for their untiring efforts to ensure a successful ‘Jumboo Savari.’

Arguing that this year’s Dasara earned more attraction than the previous two years (2019 and 2020), Somashekar said that a total of 105 kms of the city roads, 96 circles and 49 junctions were illuminated, with 60 engineers and more than 400 workers working round-the-clock for the illumination.

Referring to Dasara inauguration, he said that  former CM S.M. Krishna, who  has given some valuable suggestions on making Mysuru a prime tourism hub. In this backdrop, CM Bommai has extended Dasara illumination by nine days as a measure to boost tourist footfalls.

Noting that Adichunchanagiri Mutt Seer Sri Nirmalanandanatha Swamiji conferred Nalwadi Krishnaraja Wadiyar Award on 12 achievers in the Mysore Palace recently, he said that a letter has been written to the CM to confer the awards from the Government itself from next year.

Pointing out that the CM has sanctioned Rs. 6 crore for this year’s Dasara, he said that while Srirangapatna and Chamarajanagar Dasaras have got Rs. 50 lakh each, Arkalgud Dasara has got Rs. 20 lakh. Contending that he had given an account of Dasara expenses soon after the conclusion last year, he said that he will come up with this year’s expenses soon.