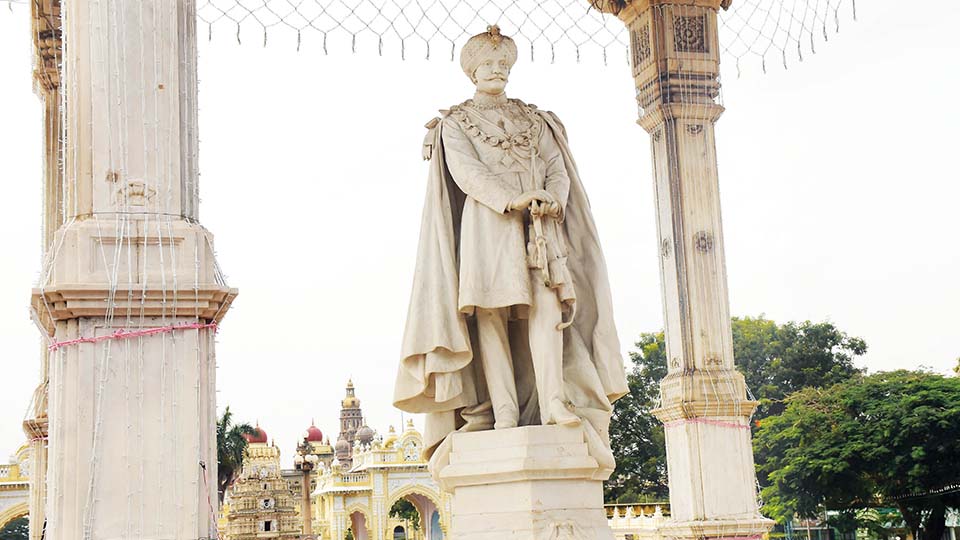 With the Dasara procession, just like last year, restricted to Palace premises this time too due to COVID, a huge crowd gathered in front of the Palace to have a glimpse of the procession from a close range. Even as the crowd surged forward, some in the crowd attempted to climb the Chamaraja Wadiyar statue, when the sword of the statue made out of white marble, got broke. Besides, some elements among the crowd removed the serial lights and destroyed several flower pots that decorated the Circle. Besides, the safety railings of the statue have been damaged and big bulbs that were part of the illumination were broken. This apart, advertisement hoarding of the company that had illuminated the Circle too got torn apart and glass pieces of broken bulbs were seen everywhere around the statue.

Meanwhile, a video of damages caused to the statue of Wadiyar has gone viral and the damages recorded in the video has outraged social media followers. They have sought immediate security for the statue by banning entry of people, installation of CC Cameras and regular maintenance of the statue.

As the video went viral, MCC officials yesterday visited the spot and ascertained the extent of damage caused to the statue. Sources said, the Corporation has already initiated measures to replace the sword and repair all other damages.