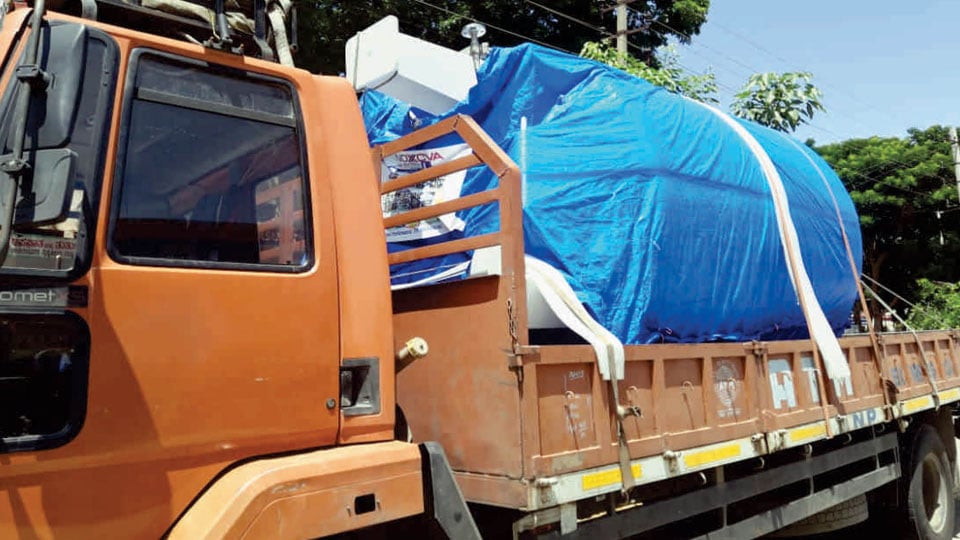 Chamarajanagar: Even as the death of 24 Covid patients due to alleged non-availability of oxygen at District Hospital last month was still fresh in the minds of people, the existing Oxygen Unit in the Hospital has developed a technical snag in pressure control system.

District Surgeon Dr. Srinivas said there was some problem in pressure control system which was very minor and the same was being attended. This snag has not affected the supply of oxygen to in-patients. This Oxygen Unit was commissioned recently after the tragic incident and now it had already developed technical problems. However, there was no leakage of oxygen, he clarified.

Meanwhile, a new Oxygen Storage Tank which had been sanctioned to District Hospital had not been installed yet. A truck carrying the oxygen tank had been parked in front of the Hospital for the last one week. The installation work will begin once the technical team comes from Chennai for spot inspection and other mandatory procedures.

People have urged the District Administration to speed up the installation of new cylinder since  quite a number of Corona positive patients are still recovering in the Hospital.