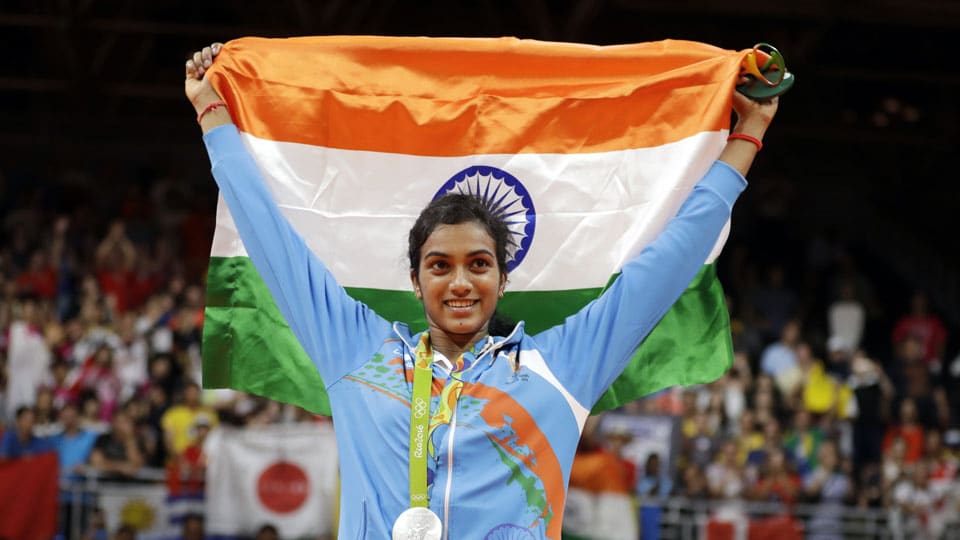 The world champion has already been informed about  the event and she has expressed her willingness to inaugurate the same.

This was announced this morning at a meeting of all the 17 Dasara Sub-Committee Presidents, Vice-Presidents and officials chaired by Mysuru District Minister V. Somanna at Zilla Panchayat Hall.

Sources told Star of Mysore that a formal invitation has already been extended to Sindhu and the inaugural dates will have to be communicated to her.

Among the highlights of the meeting was Jumboo Savari where the Minister directed the Police to ensure that it will be a nuisance-free event.

“People worldwide come to see the Vijayadashami procession and they cannot actually see it because many people surround the elephants during the procession. These people create a nuisance and they cross the procession barricades in the name of VIPs and VVIPs. This year, they must be prevented at any cost and only those people who are concerned with elephants must be allowed,” the Minister directed.

Minister Somanna also asked the Police Commissioner to  ensure that the procession vicinity will be exclusive for elephants and free from people who create nuisance.

Addressing the meeting and giving his suggestions, MLA Ramdas asked the officials to prepare a ‘vision document’ based on their experiences from last year. This document will guide the officials and also if need be, necessary changes can be made this year, he said.

Other highlight of the meeting was that a representative from General Thimmayya National Academy of Adventure informed the dignitaries that they will organise water and aero  sports during Dasara.

“We will organise adventure sports in and around Mysuru. A total of 28 sports including 11 adventure sports will be held including White Water River rafting at the backwaters of KRS. Jet skiing, speed boat, kayaking, canoeing and banana rides will also be conducted. Parasailing will be conducted but the venue is not finalised yet. Mud Karting and nature trails for children are planned at Chamundi Hill,” said the  representative from General Thimmayya National Academy.

Officials looking after the Torchlight Parade have been directed to start the event on time instead of delaying it by one hour or so like in the previous years. “The popularity of Dasara Sports is declining year by year. Don’t make it a village sport and invent something new this year,” officials were told.

Minister Somanna said that dawn-to-dusk cultural programmes must be organised at Mysore Palace instead of restricting programmes only to the evenings. This way, local artistes and international artistes can be accommodated and there will be no room for complaints.

Lip-smacking traditional dishes and exquisite food from States like Gujarat, Assam, Bengal and other select places must be displayed and special cookery events must be organised to attract people from other States along with local visitors. Tribal dishes must be the focus so that local dishes too get prominence.

Dasara Darshini where people from villages will be ferried to Dasara in KSRTC buses will be launched on Oct. 3 and people will be ferried from every taluks. Officials informed the meeting that a nominal amount of Rs. 50 will be charged. Intervening in the discussion, Somanna asked the officials not to charge any money but offered Rs. 5.4 lakh from his personal Trust to ferry villagers in 204 buses.

MP Pratap Simha asked the officials to set up an exclusive stall for books by Dr. S.L. Bhyrappa who will inaugurate this year’s Dasara. “Bhyrappa is a Saraswathi Samman Awardee and he has written over 30 books. These books can be displayed at a special stall in the Exhibition Grounds and it will be a huge hit,” Simha opined. He also asked officials to set up an exclusive stall on all the products in Mysuru region that have got the unique Geographical Indication (GI) Tag.

Later, Minister Somanna launched the Dasara Helpline  No. 0821-2444777. The students of the Department of Tourism, Mahajana College, who were trained to handle the helpline will be manning the 24X7 phone lines functioning from the first floor of the old DC Office.