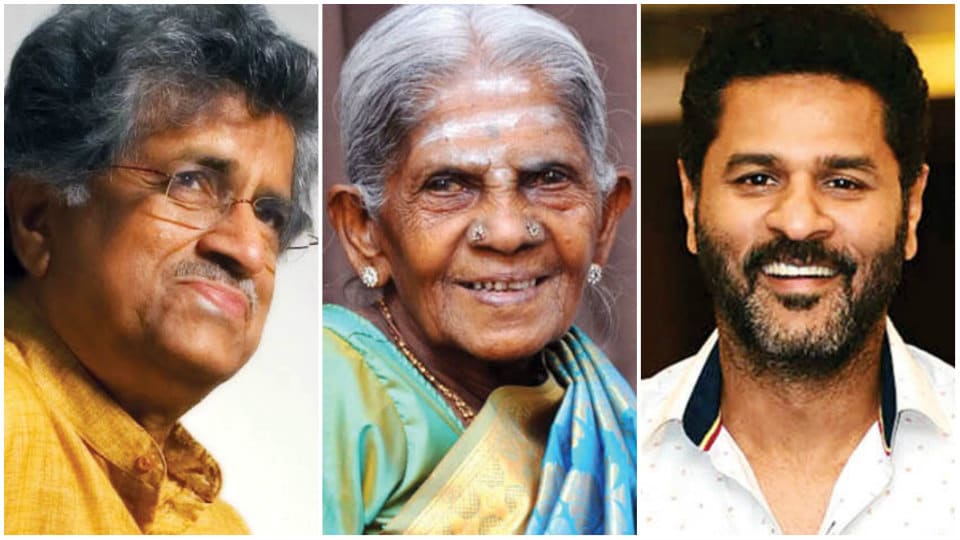 New Delhi: Padma Awards, one of the highest Civilian Awards of the country which are conferred in three categories, namely, Padma Vibhushan, Padma Bhushan and Padma Shri, were announced on Friday.

These awards are conferred by the President of India at ceremonial functions which are held at Rashtrapati Bhavan usually around March / April every year. This year, the President of India has approved conferment of 112 Padma Awards including one duo case (in a duo case, the Award is counted as one), four Padma Vibhushan, 14 Padma Bhushan and 94 Padma Shri Awards. Among the 112 awardees, 21 are women, 11 Foreigners/NRI/PIO/OCI, three Posthumous awardees and one transgender person.

Born on Oct.17, 1932, Pt. Rajeev Taranath is a disciple of Ali Akbar Khan. He received his initial training in vocal music from his father Pt. Taranath and gave his first public vocal performance when he was nine. Although Pt. Rajeev held a Ph.D in Literature, he decided to give up his career as a Professor of English Literature and moved to Calcutta, where he began his musical training under Ali Akbar Khan.

READ ALSO  Pandit Rajeev Taranath to be felicitated on Sept.1

The Sarod Maestro was conferred with the State Government’s ‘Sangeetha  Vidwan’ Award at a programme organised amidst Bahuroopi National Theatre Festival at Rangayana premises here recently.

Saalumarada Thimmakka is an environmentalist, noted for planting and tending to 385 banyan trees along a four-kilometre stretch of highway between Hulikal and Kudur. She received no formal education and worked as a casual laborer in a neay quarry.

107-year-old Saalumarada Thimmakka is happy with the national recognition but is upset with the State Government for not recognising her green crusade. Despite her conservation efforts, she has been living a life of near penury. Thimmakka is provided with just Rs.500 per month as old-age pension.

“Thimmakka is disappointed by the attitude of the State Government and stopped taking the pension for the last one year,’’ Umesh, her adopted son, said. They are managing with the cash awards she gets from private organisations who felicitate her at various events.

Prabhu Deva is a choreographer, director, producer and actor, who has worked in Tamil, Telugu, Hindi and Kannada films. In a career spanning 25 years, he has garnered two National Film Awards for Best Choreography.

Prabhu Deva was born in Mysuru on April 3, 1973 to Mugur Sundar and Mahadevamma. Inspired by his father Mugur Sundar, a choreographer for South Indian movies, he took up dancing, learning Indian classical dance forms from Dharmaraj and Udupi Lakshminarayanan as well as Western styles. Raju Sundaram and Nagendra Prasad are his brothers.