Home » Columns » Abracadabra By K. B. Ganapathy » Panama Papers: The ghost of corruption will destabilise our country one day and then… – 1 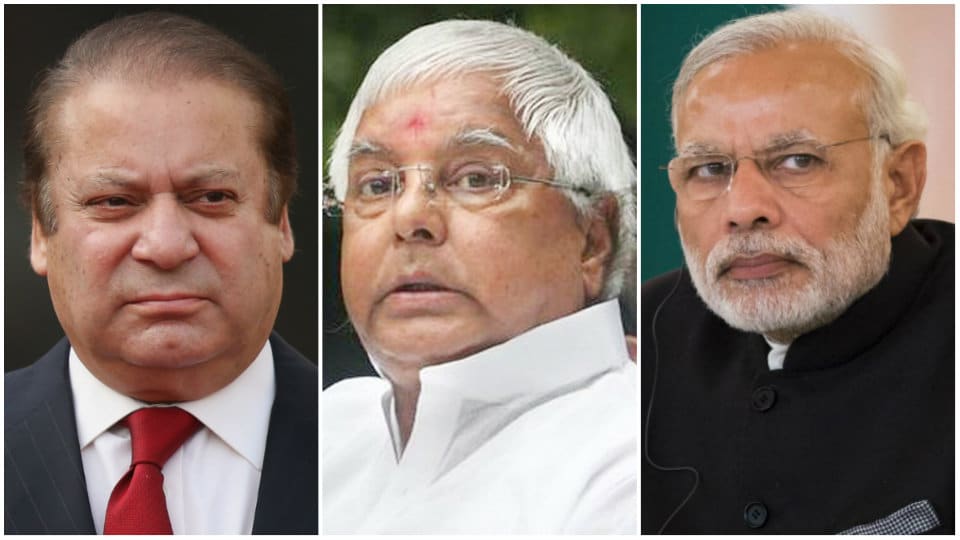 Panama Papers: The ghost of corruption will destabilise our country one day and then… – 1

Therefore, the decision taken by the Pakistan Supreme Court in the Panama Papers Scandal is worth emulating by our courts and our law makers. The Pak court heard the case and pronounced the verdict in just 15 months. Is this possible in our country?

On July 28 2017, the Supreme Court of Pakistan gave a landmark judgement and disqualified Prime Minister Nawaz Sharif from holding any public office following Panama Papers Scandal. As soon as the court pronounced its verdict, Sharif, with no option left, resigned. As I was reading the reports of his resignation, nay sacking, a thought crossed my mind about the events revolving around similar corruption cases in our country.

For some reason or the other, in our country, there is no difference between political parties and their stance when it comes to corruption. Be it a Congress-led United Progressive Alliance (UPA) or the BJP-led National Democratic Alliance (NDA). They don’t have much difference when it comes to scandalous dealings and the political stand they take in such cases. See for example, the way Congress party in Karnataka is protesting against the I-T raid on Minister D.K. Shivakumar’s house and offices even-though crores of rupees in cash are found.

Surprisingly, where public money is looted or the black money stashed in safe havens, the trial goes on for more than 20 to 25 years and yet there is no final decision and the accused persons go scot-free.

The reason for this is, once a court where the trial is conducted gives the judgement, the accused goes in appeal and he will approach the next higher court. There too, an elaborate hearing is conducted for years, during which period the accused will be happily on bail. Again, if the judgement is not favourable to the accused, he will move another court which is higher than the previous court. In this way, the accused can go up to the Supreme Court where it will take years for the judgement to be finally delivered.

The worrying point here is that a day might come when there are huge number of never-ending corruption and other cases related to economic offences leading to the destabilisation of our government and the country.

Take Rashtriya Janata Dal (RJD) Chief Lalu Prasad Yadav for example. He is the prime accused in the Rs. 1,000 crore Fodder Scam that shook the nation. Enquiry into the scam was held between 1990 and 1997 and Lalu had to lose his position as the Bihar Chief Minister. Though many persons were convicted in May 2013, 23 years after the scam broke, many of them could wriggle out of punishment either by going in appeal or by obtaining bail.

Lalu too was one among them. He did not face any kind of punishment by law. Instead, after losing the Chief Minister’s post, he managed to make his wife Rabri Devi the CM and ruled Bihar for 15 years and the State earned the dubious fame of being called a ‘Jungle Raj’ during those years.

Surprisingly, the innocent voters of Bihar repeatedly voted, may be out of caste compulsion, for RJD despite Lalu’s corrupt practices.

But following Supreme Court’s intervention in the Fodder Scam case, Lalu had to face five-year imprisonment. But is five years enough a punishment for such a big crime?  Could be this is for one among many cases he is facing. I do not know.

Among the prominent and complex corruption cases that rocked India is the Bofors Scandal that occurred when Rajiv Gandhi was the Prime Minister. Some of those who were involved in the scandal were safely allowed to fly out of the country by providing safe passage by our own people. Though the kickback money received out of the deal, kept in a foreign bank, was frozen, it was clandestinely released later. The case is now being revived by firebrand BJP leader Subramanian Swamy for what purpose, GOK. But I feel it is like exhuming a dead body buried 30 years ago !

If corruption cases take years to be decided and when the corrupt go scot-free, there will be no element of fear among those who indulge in corruption and loot public money. Court cases and fear of punishment will fail to be a deterrent for those who empty the government treasury. They will fearlessly and openly indulge in corruption as they very well know that though they may be caught, they will not be punished. They know very well that  though there is a case against them, they will not lose their positions and can enjoy power till they are convicted, if at all.

Their strong belief will be that though they have to stand trial in the cases, they have time and chance of getting relief from the court of law. This situation is alarming and is definitely not in the best interests of our country.

Therefore, the decision taken by the Pakistan Supreme Court in the Panama Papers Scandal is worth emulating by our courts and our law makers. The Pak court heard the case and pronounced the verdict in just 15 months. Is this possible in our country?

3 COMMENTS ON THIS POST To “Panama Papers: The ghost of corruption will destabilise our country one day and then… – 1”