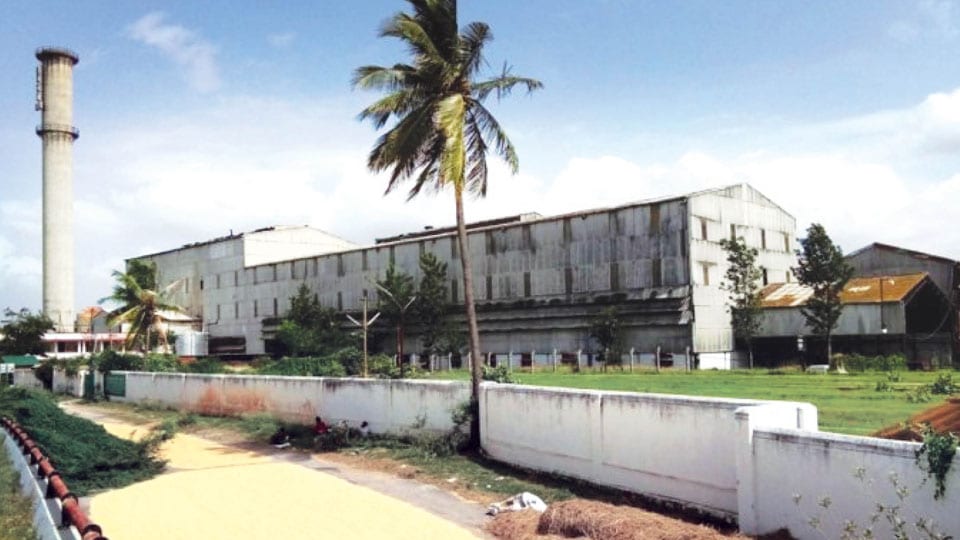 Mandya: After five years of shut down, the Pandavapura Sahakara Sakkare Kharkhane (PSSK), more popularly known as Pandavapura Sugar Factory will start crushing sugarcane from tomorrow (Sept.18), much to the relief of thousands of farmers of the region.

After the factory, which was run under the co-operative sector shut down over five years ago due to mounting losses, the Government had invited tenders for running the Factory.  Subsequently, Bagalkot-based Nirani Sugars, owned by Bilgi BJP MLA Murugesh Nirani, bagged the tender by successfully bidding (Rs. 405 crore) for running the factory on a 40-year lease.

After bagging the tender, Nirani Sugars (MRN Group) made necessary preparations to restart the factory, which was formally inaugurated on Aug.11, 2020 marking Krishnajanmashtami and also the birthday of Murugesh Nirani, who is also a former Minister.

After taking over the factory on lease, Murugesh Nirani planned to  enhance the crushing capacity from the existing 3,500 tonnes per day to 5,000 tonnes and the  mechanical works in this regard were done  at a brisk pace.

Now, with all necessary preparations, the decades-old factory is all set to start cane crushing from tomorrow, much to the delight of farmers, who were disappointed over the state of this prestigious factory for years, until Nirani took it over a couple of months ago.

The factory has already set aside Rs.6 crore for payment of wage dues to employees. The services of all employees who were working at the factory when it was shut down, has been continued.

The factory has also promised that it will make payment as per FRP (Fair and Remunerative Price) to farmers within 15 days of cane supplies and that all employees will be paid salary in the first week of every month.