Home » Feature Articles » Paying our taxes: Should we or shouldn’t we? 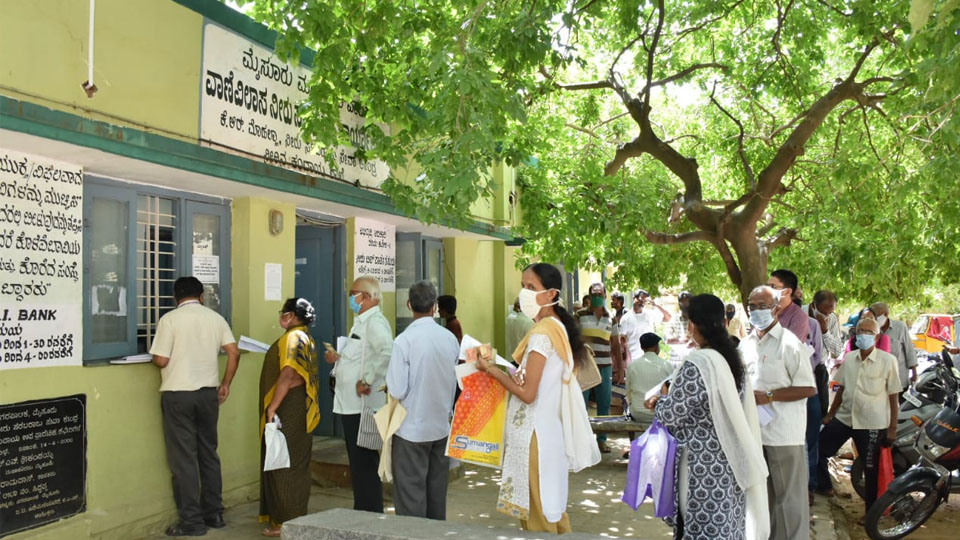 Paying our taxes: Should we or shouldn’t we?

A few months ago, Sneha (name changed) had been to the Mysuru City Corporation (MCC) branch office near her home to pay the house tax. She was aware that she was eligible for a 5% discount if she paid the taxes due for the current year before the 31st of May.  The concerned clerk at the MCC Office asked her to leave her filled-in form and her mobile number with him.  He mentioned that he would call her within a week or two once he had verified the details and she could pay the tax after that.

Considering the COVID situation, she believed that this procedure was to maintain social distancing and minimal footfall in the office. Not having heard from him for weeks on end, she visited the office a couple of times before she learnt that Rs. 100 would do the trick. She had to grease this clerk’s palm and magically the details were verified and the tax was accepted within the hour.

For many, this is not an isolated incident and will be something that they may have experienced too. Sneha was outraged that she had to cough up this ‘convenience fee’ for paying taxes. Any delay in her tax being accepted before the deadline would have meant that she lose the discount of 5%.  Unwilling and helpless by the prevailing circumstances, she ended up being a victim of the corrupt system.

What agitated her more was the fact that she felt that the Government must feel happy that she was paying her taxes promptly each year instead of creating such barriers for her. And this was at the same time, the MCC was spending public resources on creating awareness amongst the general public on the need and urgency to pay their taxes.

Paying taxes is the responsibility of every citizen and one needs to understand the historical evolution of the concept of taxation. The word has a Latin root and the etymological meaning of the word ‘tax’ is ‘estimate or determine the amount of a penalty or damages.’  Embedded in the word is a negative construct and the fear of penalty instead of a feeling of responsibility or obligation or an expectation of service in lieu of payment made. This deep-rooted construct continues to this day, in most countries around the world.

In India, the system of direct taxation as it is known today has been in force in one form or another from ancient times. The Arthasastra and Manusmriti refer to a variety of tax measures. Arthasastra talks about the specificity of taxes levied and there was no scope for arbitrariness. Tax collectors determined the schedule of each payment and its time, manner and quantity being all pre-determined. The land revenue was fixed at one sixth share of the produce and import and export duties were determined on ad-valorem basis.

The import duties on foreign goods were roughly twenty percent of their value. Similarly, tolls, road cess, ferry charges and other levies were all fixed. Kautilya also laid down that during war or emergencies like famine or floods, the taxation system should be made more stringent and the King could also raise war loans. His concept of taxation emphasised equity and justice. The affluent had to pay higher taxes as compared to the poor and his thoughts were influenced by egalitarianism and the concept of re-distribution.

The ability to raise revenues from taxes — called “fiscal capacity” — is a crucial aspect for the functioning of any State. Being able to tax citizens and collect revenues efficiently, is a cornerstone of State formation and survival. Secondly, greater fiscal capacity implies greater access of the State to resources needed to provide public goods and services. Unfortunately,  developing countries are only able to raise a small share of taxes as a percentage of their GDP.

The average Tax-GDP ratio in high-income countries is around 40% whereas it is less than 10% in India currently.  This means the Government has less money mobilised for delivering goods and services to its citizens. It is in this backdrop that one should view the productivity, efficiency and necessity of public expenditures.

The low rates of taxation are the consequence of several problems. First, is the large size of the informal economy that exists in India. Second, a lack of investment in tax collection — most developing countries rely on sales taxes, which are easier to administrate than personal taxes, is less political and is more equitable.  The other reason is tax compliance and citizen responsiveness.  Most Indians do not believe that the State is fulfilling its responsibility in providing quality goods and services to the citizens as part of its obligation. Mal-administration, lack of accountability of public servants, corruption and an overall trust deficit are contributory factors in deepening this perception.  Added to this are lack of publicly visible penalties to act as a deterrence to tax defaulters and complex and opaque taxation systems that are designed for regulation rather than facilitation.

Taxation systems around the world are driven by two major principles. These are the belief that taxes should be based on the individual’s ability to pay (ability-to-pay principle) and the benefit principle, the idea that there should be some equivalence between what the individual pays and the benefits he subsequently receives from governmental activities.

A good tax system should also meet five basic conditions — fairness, adequacy, simplicity, transparency and administrative ease.  Apart from fulfilling the fiscal needs of the State, taxes also enable regulatory and stimulating functions. It helps the State regulate the kind of expenses society can prioritise on (Sin taxes on tobacco and alcohol), bring in a semblance of equity among its citizens, prioritise special areas of development by generating cess on taxes etc.  Proper tax planning can also help the Government stimulate citizen expenditure on some key sectors like housing, health care, automobiles etc.

They can also promote people to participate in civic activities and contribute to charitable causes.  Some economists also argue that a tax system should not interfere with market decision making, along with the more obvious need of avoiding complexity and corruption.

Paying taxes is not just an obligatory necessity of citizenship. It also confers a moral and legal framework based on which the State can be held accountable by its citizens. One must also keep in mind that every Indian today is paying taxes in one form or the other. It is easy to equate only Direct Taxes as taxes that a citizen pays and overlook the fact that we are all paying the GST in virtually tens of transactions each day. Whether it is the salt that we buy, the movie that we watch, the life insurance premium that we pay, the food that we order online or the petrol we fill — GST has entered into the transactional DNA of the country’s economy in a subtle and comprehensive manner.

What is now needed is the mindful awareness that all public servants and public services are financed by these taxes and are to be held accountable by the ‘paymaster’ — the ordinary people of this country.  And only when this happens, can we claim to have the rights due to a tax-payer.

Considering the current reality, we need to appreciate that building a fiscally capable State won’t bring benefits in the short-term. Changing institutions takes time, and changes in the law don’t immediately translate into changes in behaviour. But it’s nevertheless key to consolidating working political institutions, providing strong checks and balances on the discretionary power of the executive and building confidence among tax-payers. More importantly, it is a visible measure of a mature and participatory democracy.

[Dr. R. Balasubramaniam, Founder of Swami Vivekananda Youth Movement and GRAAM, is a public policy advocate and development activist. He is a visiting professor at Cornell University and IIT-Delhi.  He can be reached at [email protected]]