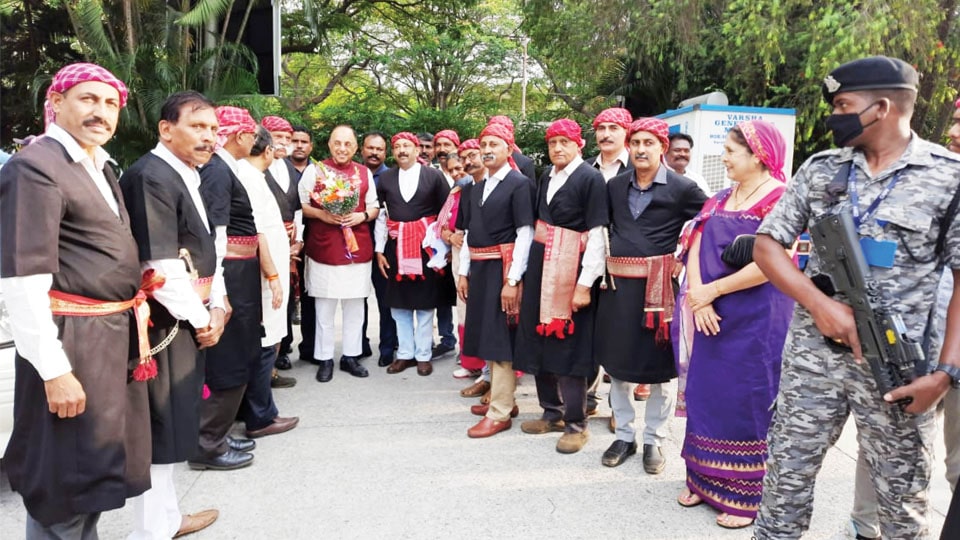 Mysore/Mysuru: BJP leader and Rajya Sabha MP Dr. Subramanian Swamy called upon the countrymen to fight against China. “Unless India defeats China economically and intellectually, we cannot be a superpower. China’s aggression across the borders must be countered with a formidable force. India cannot be a circus lion but it must be like a lion in the wild,” he said.

Dr. Swamy was speaking as a special guest at a programme organised by Mysuru Hindu Forum at Hotel Southern Star last evening. Speaking at an open stage, the MP said that the present GDP of India is next to the United States of America and China. “By 2050, India will overtake the US and China and will get the first place in the world,” he claimed.

Dwelling on various topics including how China had occupied 200 km of land in Galwan Valley, he said that in 2020, India was able to free the territory from China’s stronghold and in the process, over 100 Chinese army personnel were killed. India lost 20 brave soldiers, he said.

On the Ram Mandir in Ayodhya, Dr. Swamy said that like this dispute was amicably settled, the disputes of Sri Krishna Mandir at Mathura and Kashi Vishwanatha Mandir in Kashi have to be settled in a peaceful manner.

“People with vested interests and ulterior motives used to tell us that there would be widespread riots and bloodshed if the Ram Temple at Ayodhya is built and if Article 370 is scrapped from Jammu and Kashmir. Not a drop of blood is spilt and we are constructing a grand temple in Ayodhya and Jammu and Kashmir has been integrated into India,” he said.

“Peace has come to Jammu and Kashmir after 75 years and recently I had been there and was happy to see that people are living in cordiality without any fear of militants unlike in the past. I have even conducted an open stage programme there. This was unthinkable before the draconian Article 370 was repealed,” he added.

Speaking on Kashmiri Pandits who were forced to leave Kashmir by militants, Dr. Swamy said that if adequate security is provided by retired Army personnel, many Kashmiri Pandits might be willing to go back to their homeland.

Speaking about different religions in India, the Rajya Sabha MP said that DNA of all Indians is one. “This has been proved by research. Hindus have not come from outside, They are the original inhabitants of India. Aryans and Dravidans are not separate races. Many religions came to India and we have never tortured them. While Christian came from Europe, Islam came to India from Iran and Parsis came from Persia. India has treated all religions equally and all have equal rights,” he added.

On Sanskrit, Dr. Swamy said the world has accepted Sanskrit.“A time has come for the world to speak Sanskrit as an alternative to English and many scientific research have upheld the significance of Sanskrit,” he said.