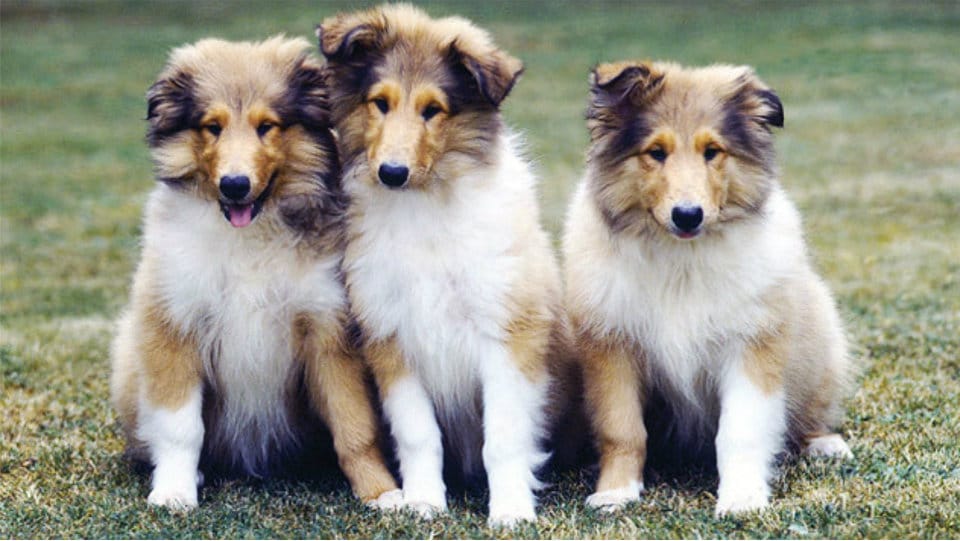 In this week’s Pet Talk, Maneka speaks  about cause, symptom and cure for Mange in dogs.

What causes Mange in dogs?

Mange is a skin disease caused by several species of tiny mites. Some mange mites are normal residents of your dog’s skin and hair follicles, while others are not. All mites can cause mild to severe skin infections if they proliferate. There are two types: Sarcoptic and demodectic.

Sarcoptic mange (Sarcoptes scabei) is transferred easily between hosts. It is caused by mites that are oval-shaped, light-coloured and microscopic.

All dogs raised normally by their mothers possess demodectic mange mites (Demodex canis), which are transferred from mother to pup via cuddling during the first few days of life. Most dogs live in harmony with their mites, never suffering any consequences.

There are three types of demodectic mange. Localised cases occur when these mites proliferate in one or two small, confined areas. This results in isolated scaly bald patches — usually on the dog’s face-creating a polka-dot appearance. Localised demodicosis is considered a common ailment of puppyhood, and 90% of cases resolve with no treatment of any kind.

Generalised demodectic mange, in contrast, affects larger areas of skin, or a dog’s entire body. Secondary bacterial infections make this a very itchy, and often smelly, skin disease. This form of mange could also be a sign of a compromised immune system, hereditary problem, endocrine problem or other underlying health issue.

One of the most resistant forms of mange, demodectic pododermatitis, is confined to the foot and accompanied by bacterial infections. Deep biopsies are often required to locate these mites and make a proper diagnosis.

Demodex mites can be transferred from one dog to another — but as long as the dog is healthy, the mites simply add to the dog’s natural mite population and no skin disease results. Mites cannot be transmitted to humans or to cats. The most common cause of mange is exposure to another infected animal, as the mites quickly move from animal to animal. The exposure generally occurs about two to six weeks before the first symptoms of mange are displayed.

Patchy hair loss anywhere on the body, but most commonly localised areas are the head, face (lips, muzzle, around the eyes), neck, front legs and/or shoulders.

Generalised patches of hair loss in patches that coalesce or merge to form large areas of sores and draining tracts all over the dog’s body.

Scabbing, scaling, inflammation and crusting of the skin in one or many places.

My dog seems to have dandruff and she itches a lot, but no brushing or giving a little oil in her diet or giving her vitamins seems to help. What could this be?

Does she itch too? It might be more than just dry skin. Demodectic and Sarcoptic mange are the most common type of mange. But then there’s Cheyletiellosis — a medical condition caused by an infestation of Cheyletiella mites.

Cheyletiella live on the skin, causing irritation, dandruff, and itchiness. Cheyletiellosis is sometimes called “walking dandruff” because, if visible to the naked eye, the pale mites’ movement among the skin flakes tends to make it look like the dandruff is on the move. They are most typically found on cats, dogs and rabbits, with each attracting a different species of Cheyletiella. The mites are often picked up from direct contact with another infested animal. However, Cheyletiella mites and eggs can survive for a short time (days to weeks) in the environment so infestations can also be picked up indirectly.

Cheyletiella mites are non-burrowing and feed on the keratin layer of the skin. Though Cheyletiella generally live on the skin, there have been cases where they enter the nostrils and hang out in the nasal passages, too. Once exposure occurs, it can take three to five weeks for the infestation to develop. The female mite is able to live off the host in the environment for 10 days.

The symptoms of Cheyletiella vary between animals (some have no symptoms at all) and occur primarily on the back, and may include: • Flaky skin (dandruff); • Scratching (itchiness); • Reddened skin; • Small bumps on the skin; • Scabs on the skin; • Mild hair loss; • Skin irritation; • Thickening of the skin.

If the mites go into the nose, sneezing and scratching at the face may also be present.

Cheyletiella also responds very well to Mite Avenge Topical Mange Solution. Even though it was developed for a similar type of mite, Mite Avenge has proven to be effective on Cheyletiella and it carries none of the risks associated with chemical treatments. Because Cheyletiella are surface parasites, they are the easiest kill for Mite Avenge. One Mite Avenge treatment a week, for 4 weeks, will break the 21-28 day life cycle of a colony. However, most dogs generally feel significantly better after the first treatment. Killing them naturally is easy, but caution is required to avoid re-infestation. Because both mites and eggs can survive off of a host for 10 days or more, the environment must be thoroughly purged of eggs and mites with thorough cleaning, or the mites can be picked up again. All bedding should be washed in hot soapy water. Carpets and upholstery should be vacuumed and, if possible, washed. The house should be treated with Diatomaceous Earth or sprayed with a residual insecticide suitable for killing adult fleas. All other parts of the environment (floors, bedding, toys, etc.) must be cleaned or treated as well. Surface treatment and cleaning should be repeated every week during the treatment period.

I bought a Collie from a breeder. After a few weeks it developed patches on its body which the vet diagnosed as mange. But when I gave her ivermectin, she almost died?

How many times do we have to tell people not to buy dogs from breeders. All of them are inbred, badly kept, carry disease and are unsuitable for Indian conditions. Many herding breed dogs such as Collies, Shetland Sheepdogs, Border Collies, Australian Shepherds, and Old English Sheepdogs have a genetic predisposition to adverse drug reactions involving over a dozen different drugs. These drug sensitivities result from a mutation in the multidrug resistance gene (MDR1 gene). The most serious adverse drug reactions involve several antiparasitic agents (ivermectin, milbemycin, moxidectin, doramectin and related drugs) that are the solution used by most traditional vets. Other troublesome drugs known to cause reactions include the antidiarrheal agent loperamide (Imodium), and several anticancer drugs (vincristine, doxorubicin, others). Dogs with MDR1 mutations can suffer serious, and sometimes fatal, reactions to miticidal and antiparasitic treatments. For any breed known to carry the MDR1 gene, your vet should test for it before beginning treatment with drugs and chemicals.

Are certain dogs prone to Mange?

No dog is immune to Demodex mites. Puppies, and dogs less than 18 months old, are especially prone to developing localised demodectic mange, which often clears up on its own. Generalised demodectic mange, the more serious, pervasive kind, can be hereditary in dogs. Older dogs who have an underlying illness may also be more prone. Certain breeds have a higher tendency to develop the condition than others. The Afghan Hound, American Pit Bull Terrier, American Staffordshire Terrier, Boston Terrier, Boxer, Collie, Chihuahua, Dalmatian, Doberman Pinscher, English Bulldog, German Shepherd Dog, Great Dane, Old English Sheepdog, Pug and Shar-Pei tend to be more susceptible.

Is there a cure for Mange?

Younger dogs often recover fully from mange, but adult dogs often require long-term therapy to control the disease. Treatment, no matter which option is chosen, should be accompanied by skin scrapes every two weeks. After two consecutive scrapes are negative, medication is discontinued, but a final scrape should be performed one month after treatment to ensure there isn’t a recurrence.

How can I prevent a recurrence of Mange?

If your dog has been diagnosed with sarcoptic mange, you’ll need to thoroughly clean or replace his bedding and collar, and treat all animals in contact. If you suspect a neighbour’s dog may be infected, keep your pets away to keep the disease at bay. Bring your dog to the vet periodically, as recommended for recheck skin scrapes to ensure the mites have been eradicated.