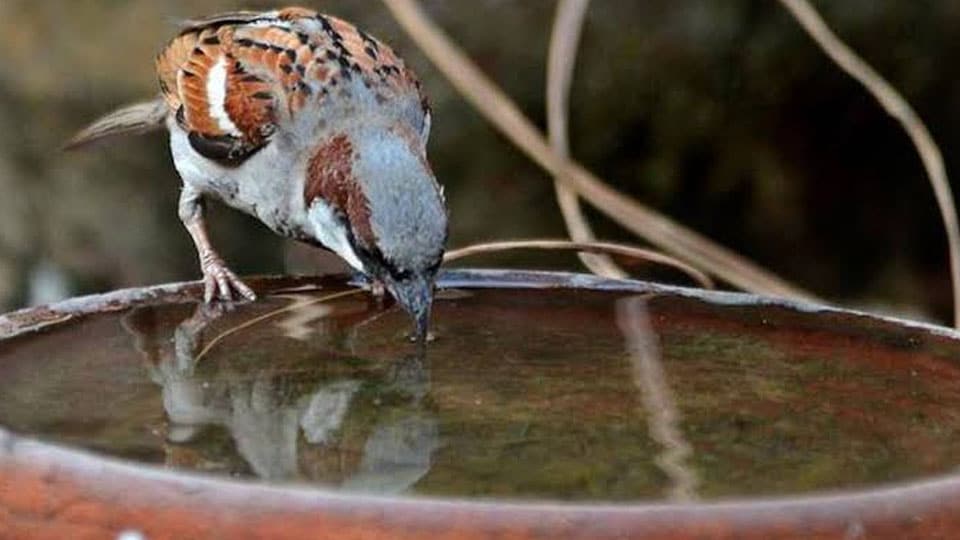 In this week’s Pet Talk, Maneka tells about the steps to be taken to help street animals during summer

Does a person require a licence to engage in animal selling activities?

The Ministry of Environment, Forests and Climate Change notified the Prevention of Cruelty to Animals (Pet Shop) Rules, 2018 in the wake of a series of representations made by Humane Society International/ India and People For Animals, showing the cruelty found in the pet shop industry. According to these guidelines, one needs to obtain a licence to run a pet shop. Any shop selling animals without a licence has to be shut down by the Municipality and district head immediately, and the owner arrested.

Pet shops often grossly violate the Wildlife Protection Act, 1972 by blatantly selling wild animals. Trading, killing or trading any object obtained from the animals protected under the WPA, 1972 can attract a jail term up to 7 years with fine not less than ten thousand rupees.

During summers what steps can I take to help street animals?

Excessive heat during summers makes it unbearable for street animals. Lack of food, water and shade makes it even more difficult. However, as citizens of this country, we have certain duties towards the animals.

During summers one could:

Make sure to get clay pots (Mitti ka Bartan) and place them at several places under a shade, within your everyday reach or just in front of your house.

Every day, while going to work/school, make sure to fill the pot with water.

If possible, form a group of people/volunteers and allot them pots to fill and spread awareness about the cause.

If you have a park outside, keep the soil watered as it makes a cool place for community animals to rest. You should plant trees so that birds have places to nest and food to eat.

How to fly kites without harming birds? What are the times that I shouldn’t fly kites?

Don’t fly kites between 6 am and 8 am: Birds go out of the nest to look for food.

Call a vet or animal protection group if you see an injured bird.

What is seed bombing?

Seed ball consists of a variety of different seeds rolled within a ball of clay. Various additives may be included, such as humus, cowdung or compost. Dropping of these seed bombs is called seed bombing. It is also called aerial vegetation.

What are the symptoms of rabies in cats?

Why shouldn’t the horses be used in marriages?

Indian wedding horses are made to stand for hours together and walk for more than 30-50 kilometres. They are hardly given anything to eat. With the hearing of loud noises during the baraat walk, many of them turn permanently blind, deaf and lame. They are kept in check by pulling at the bits in their mouths and this knocks out their teeth and damages their tongues as well.

Indian breed dogs are considered much healthier than the foreign breed dogs. Why?

Indian breed dogs have better immunity than foreign breed dogs. Indian dogs can survive much better in Indian weather conditions because they are born for it. Would you survive in Alaska as well as an eskimo child? In the same way, foreign dogs bred for their weather conditions are not suitable for Indian conditions.

*It is argued that animals kill other animals for food, so humans can as well. What could be the rebuttal to this?

Carnivorous animals cannot survive on a plant-based diet, but humans can. Animals cannot alter their behaviour, but humans surely have the intelligence to choose between behaviour that inflicts pain and the one that doesn’t.

Can ticks in dogs be transferred to humans?

In absence of dogs and cats, ticks can attach themselves to humans. Ticks can also irritate human skin, especially when people are allergic to the tick saliva protein. The bitten region of skin could develop blisters, bumps or rashes which may be itchy and inflamed; scratching the rashes could lead to secondary bacterial skin infections that often require antibiotic or steroidal skin cream for treatment.

What are the laws against chaining animals?

Keeping, or confining any animal chained for long hours with a heavy chain or cord amounts to cruelty on the animal and punishable by fine or imprisonment of up to 3 months or both.

Is it morally right to legalise betting on horse racing?

It is not right to legalise betting on horse racing as this only promotes horse racing which is nothing but torture to animals.

The horse is not a willing participant; they’re forced, beaten and drugged to run.

Racehorses are the victims of a multibillion-dollar industry that is rife with drug abuse, injuries, and race fixing, and many horses’ careers end in slaughterhouses.

Horses begin training, or are already racing, when their skeletal systems are still growing and are unprepared to handle the pressures of running on a hard track at high speeds.

Improved medical treatment and technological advancements have done little to remedy the plight of a racehorse. Horse racing isn’t as glamorous as it seems, it is a cruel sport. It earns money on animal pain and is only done by the vilest of the vile.

Is it true that the world will perish without bees?

As far as important species go, they are top of the list. They are critical pollinators: they pollinate 70% of the crop species that feed more than 90% of the world. Honeybees are responsible for $30 billion a year in crops.

That’s only the start. We may lose all the plants that bees pollinate, all the animals that eat those plants and so on up the food chain. Which means a world without bees could struggle to sustain the global human population of 9 billion. Our markets would have only a few fruit and vegetables which were raised by hand, making them superlatively expensive. Even if humans survive after the bees go, it will be a miserable existence.

We are losing bees at an alarming rate. Possible reasons include the loss of flower meadows, the crab-like varroa mite that feasts on their blood, climate change, and use of pesticides. This issue must be given more seriousness.

Is it okay to judge people based on their attitude towards animals?

I do. People who don’t like animals, or people who insist that they cannot eat anything but meat, make me very wary of their character. Selfishness, ignorance, bestiality, a lack of empathy… all these are traits that harm other human beings as well. There is a lot of evidence that there’s a strong link between animal abuse and domestic violence. In fact, in many countries where animals are found abused or neglected social services are then called to check on the children. In most cases psychotic tendencies can be first noticed through animal abuse.