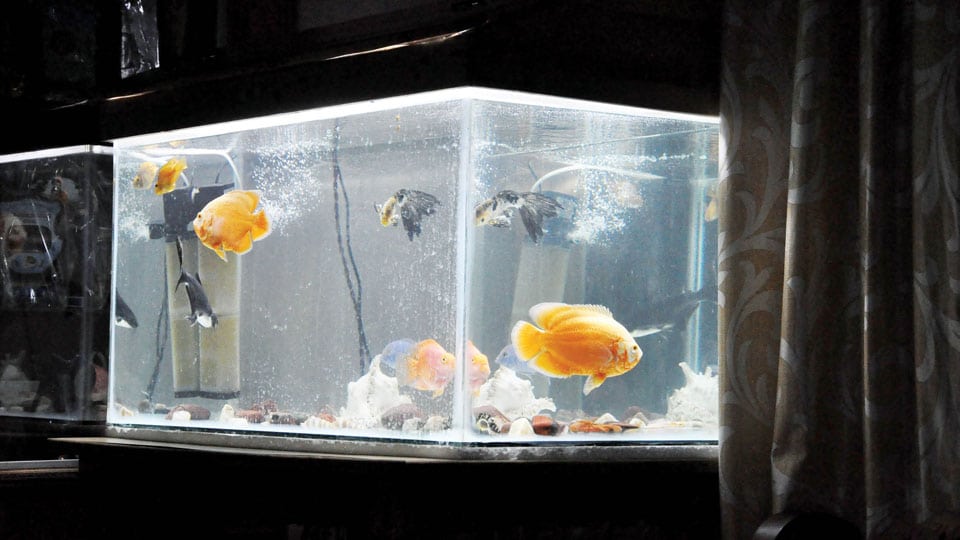 In this week’s Pet Talk, Maneka answers queries like do fish sleep? Do they make sounds? And more…

What should we do if a snake bites an animal?

Tie a tourniquet 3-4 inches above the site of the bite. Give a small incision at the site with a clean blade and allow the wound to bleed. Call the Veterinarian immediately. If you think your pet has been bitten by a snake you should keep him calm and take him to a vet immediately. The chances of recovery are much greater if your pet is treated early — with some pets making a recovery within 48 hours. Pets left untreated have a much lower survival rate and many die. If your vet is some distance away, if practical, you can apply a pressure bandage — a firm bandage over and around the bite site — to help slow the venom spreading to the heart. Do not directly wash the wound or apply a tourniquet over it. Here are some things that you can do in terms of how to treat a snake bite on a dog, but don’t waste time doing this instead of driving to the vet hospital:

• If you see the bite wound, rinse the wound with water to remove some venom.

• Keep the wound below the heart and keep your pet as still as possible to discourage the spread of venom.

• If your pet isn’t breathing, call the veterinary clinic for instructions for how to administer CPR.

• Keep calm. Pets can sense panic, which can cause them stress. An increase in stress levels may cause venom to be circulated in the body more quickly.

All snakes can swim. Snakes swim by moving their body in lateral, wave-like movements, more or less appearing to shape their body in an S pattern. Swimming comes to all snakes and most animals of animal kingdom, instinctively. Predominantly aquatic snakes will spend majority of the time in water.

Conditions on factory farms and fur farms aren’t any worse than conditions in the wild, where animals die of starvation, disease or predation, are they?

This same argument was once used by US slave owners, who claimed that African-Americans were better off as slaves on plantations than as free men and women. People in prison are also fed and protected, yet a prison sentence is considered one of society’s harshest punishments.

Animals on factory farms suffer so much that it is inconceivable that they could not be worse off in the wild. The wild isn’t “wild” to the animals who live there; it’s their home. There they have their freedom and can engage in activities that are natural and important to them. The fact that they might suffer in the wild is no reason to ensure that they suffer in captivity.

Where do birds go when it rains?

Birds can and do take shelter from rain: in bushes, in reeds, under leaves, in nesting cavities. The larger sized seabirds can handle a little bit of rain. In fact, they don’t like to let a storm deter them from going about their day. Smaller seabirds, on the other hand, seek shelter on land and like to perch in some sort of shelter, such as trees, until the storm has passed. Land birds are already shielded, because their feathers shed rain and trap air to keep them warm. [https://www.natureoutside.com/where-do-birds-go-when-it-rains/]

Birds stay as still as they can on purpose, so they can help preserve their energy. When it rains, song birds will seek shelter in the foliage and remain as still as possible to retain energy. They perch so that they are facing into the wind, which reduces air resistance and helps them to hold onto that all-important body heat for longer.

No, bats do not suck blood like vampires, but a particular species, called vampire bats which does not exist in India, feeds on the blood of horses, pigs and even birds. They hunt at night, when other animals are sleeping. They don’t suck blood. They use heat sensors to find a victim’s veins. Sharp teeth cut the animal and the bat simply laps up the little blood that oozes out.

The nature of fish “sleep” is an area of active research. While fish do not sleep in the same way that land mammals sleep, most fish do rest. Research shows that fish may reduce their activity and metabolism while remaining alert to danger. Some fish float in place, some wedge themselves into a secure spot in the mud or coral, and some locate a suitable nest. These periods of “suspended animation” may perform the same restorative functions as sleep does in people. Some nestle into the bottom of whatever body of water they live in (like the rocks in a fish bowl or the sand in the sea) while others hover close to the bottom, barely moving except for flickering the occasional fin to stay steady. Even though they are asleep, fish are still alert for danger.

Yes, many fish do make sounds underwater. The noises have been categorised as grunts, squeaks, knocks, drumming, tapping, booming, croaking, growling and snorting. Sounds may be intentionally produced as signals to predators or competitors, to attract mates, or as a response to fright. The majority of sounds produced by fishes are of low frequency and are not audible to humans.

Which is the most trafficked mammal in the world?

Pangolins — scaly, shy and sensitive — are believed to be the world’s most trafficked mammals. A million Pangolins were poached from 2000 through 2013,  leading to fears it could become extinct.

Pangolins are eaten as bushmeat in Western and Central Africa and by some indigenous groups in South and Southeast Asia. Their parts also are used in Ghana, Nigeria, South Africa and elsewhere in Sub-Saharan Africa as traditional medicine. China is the main consumer. In Vietnam and China, Pangolin meat is considered a delicacy. But it is the demand for their scales that is wiping out the animals.

Can I put food out for the wild parrots? If so then what would they like to eat?

The best foods for parrots/ parakeets are fresh vegetables, fruit and pellets or seeds. In the wild, parrots’ diet can vary considerably and they like to eat fruit and fruit seeds, nuts, flowers and corn where they can find it. A variety of different seeds can be put out, including safflower, millets, oats, buckwheat and canary seeds. Sunflower seeds can be problematic due to the fat content and are best given in moderation only.

Nuts like cashews, shelled peanuts and grains like barley, rice and quinoa and oatmeal. As far as possible, put out organic fruit and wash it thoroughly before dishing it up. Fresh vegetables like carrot bits, bell peppers, broccoli, corn on the cob, hot peppers, sweet potatoes beans are recommended, including black beans, green beans and kidney beans. Lentils, peas, tofu and chickpeas can also be given. All except kidney beans can be fed raw if desired.

Can I house the turtle along with fish in my aquarium?

Turtles are not compatible with fishes, as they will try to hunt the fishes. Certain sizes and types of fishes are never safe in the same tank with a turtle. For example, guppies and goldfishes are never compatible with turtles. Putting such fishes along with a turtle will create a total disaster. But why do you want to create so much stress for fish. Another important thing to consider when keeping turtles and fishes together is the space. Turtles can grow very large when they are adult. A typical water turtle, like red-eared slider, can reach 10 to 12 inches long. So, you need to keep in mind that if the tank is too small, it will create territorial problems among the turtle and fishes. So, if you are planning to keep turtles and fishes together, try to go for at least an 100-gallon tank.

Apart from extra space, provide plentiful hiding spots and visual barriers, and ensure that all captives are very well fed. Always use a very large habitat when keeping multiple animals together, irrespective of the species involved. Whereas a single red ear slider may thrive in a 55- or 75-gallon habitat, two turtles should have at least 100 gallons of space, and 200 would be much better. The extra space keeps the animals from being forced into constant contact, which can cause stress. Additionally, it’s important to break up the cage with various hiding spots and visual barriers so a submissive animal can escape a dominant one.

Where do butterflies spend the night?

At night, or during inclement weather, most butterflies perch on the underside of a leaf, crawl deep between blades of grass, or into a crevice in rocks, or find some other shelter, and sleep.

Maneka Gandhi Pet Talk
Dog menace in Rajivnagar
Half a Century of Non-Performing Governance of India ! –2