Home » Columns » Abracadabra By K. B. Ganapathy » Half a Century of Non-Performing Governance of India ! –2 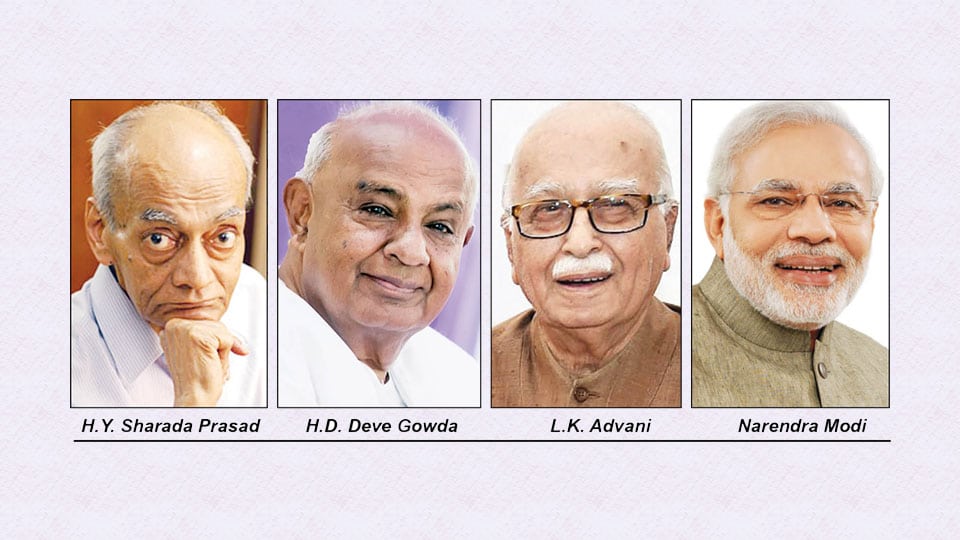 Half a Century of Non-Performing Governance of India ! –2

Changes in All India Civil Service selection and training imperative

From Chapter-3 we read about the making of a Civil Servant (IAS) like the author N.K. Singh and others.

Born before independence in 1941 in Kolkata as a “premature child” he grows up to be a mature person, an IAS Officer and also a politician, Rajya  Sabha Member (MP).

Being from Bihar, he commences his education at St. Xavier’s High School, Patna, completes Senior Cambridge Examination in 1957. He was good in elocution competition and this made the then Governor of Bihar Dr. Zakir Hussain (later President of India) to recommend him to join the Queen’s College, Oxford. However, he preferred to study at St. Stephen’s College, Delhi. He writes that St. Stephen’s was regarded as a ‘factory’ for grooming Officers for both the IAS and Indian Foreign Service (IFS). Now I know how the factory-produced products function — mechanical, stereotype. No wonder, if IAS Officers work like machines. Perish the thought.

As I read the book, it was revealed to me that the country did not develop because of non-performing governance by the civil servants and our democratically elected feudal-kind-of law-makers. And, of course, our bureaucracy is fashioned after the one that worked under the British rule — servile to its British masters. As his master’s voice! Naturally, they are now servile to the new masters.

Never a truth is told so nakedly and that truth holds good even to this day. If only the ‘steel frame’ of bureaucracy (IAS, IFS, IRS and such all India civil service officers) was patriotic, nationalist, honest and hard working, I do not think it is possible for our politicians and the government servants to be corrupt. Instead we have (since independence and surprisingly from Nehru’s time) corruption embedded in our administration. Look at the Home Minister of Maharashtra today, for example. Therefore, the prognoses of Winston Churchill and the pronouncement of Prof. Galbraith, tall persons — one a politician-military genius and another academician — are seen as true even after 74 years of freedom !

The author seems obsessed in name-dropping from page-1. And the reader will know Montek Singh Ahluwalia, Mani Shankar Aiyar and Salman Haidar were his collegemates, but in ‘being at ringside’ as he claims in the title of the book. There is nothing about their later life in the Government. I was curious to know as I had  read about them in the newspapers. He also, somehow, brings in the name of our present External Affairs Minister Subrahmanyam Jaishankar. It was not relevant at all.

As a student he gets an  opportunity to go to Japan but later as an IAS Officer fortuitously he was posted to Japan where he served for nearly four years as the Minister (economic and commerce). If one is fortune’s favourite child, everything good comes one’s way. Indeed, N.K. Singh is the fortune’s favourite child. Though he appears vainglorious about his handling of various offices he held, he appears to be a reasonable, kind gentleman all through his career.

I was surprised that he developed immense interest in Hindustani classical music even while a student at St. Stephen’s. He knew not only different Ragas of Hindustani  music but also great musicians personally. Amazing! He records that once at a private recital by Kishori Amonkar a guest walked in with a glass of wine and she stopped her recital abruptly. After some persuasion, she came back saying that the pursuit of  Indian classical music was a spiritual exercise. N.K. Singh then joins the prestigious (unlike, JNU, I presume) Delhi School of Economics (DSE) where eminent persons like K.N. Raja and Amartya Sen gave lectures. This done he joins St. Stephen’s as a lecturer but soon passes IAS and we have this IAS Officer and this book.

At the young age of 23, he was successful in both IAS and IFS exams but ultimately, at the prompting of his mother, joins IAS. His first posting, having chosen Bihar Cadre, was at Ranchi for training under the Deputy Commissioner. Then he was posted to look after land settlement operations. He found studying the land records impossible because the bulk of the land records was written in Persian. A Muslim legacy. As today, then too Amins, dealing with this matter were corrupt.

However, what surprised me was the records being in Persian even after 56 years of freedom at the time N.K. Singh took up this work in 1965. I am sure our IAS Officer N.K. Singh did not take up this important issue, a remnant of Muslim rule of our country, with the Departments concerned, get all the Persian records translated into Hindi and English. This is what I call non-performing governance. He was just working like an official of the Muslim era or of the Raj days. I will not be surprised even today these records in original are in Persian, after 74 years of independence. Prime Minister Narendra Modi must work to undo this kind of records and pass laws to do so at least under his rule.

Anyway, hereafter, the book is full of five decades of luck and cheer for the author. Being a Mysurean I felt happy about the mention of a Mysurean in the book, H.Y. Sharada Prasad. It was quite complimentary: “No one understood the thinking process and appropriate speech writing skills more than her (Mrs. Gandhi’s) Adviser H.Y. Sharada Prasad”. I wish he had written more about him and also about other Prime Ministers he worked with. He also mentions former Prime Minister H.D. Deve Gowda, but in very few words that showed Deve Gowda wanting in understanding of the protocol at Davos, Geneva, Switzerland.

As we know there is absolutely no doubt that it was L.K. Advani’s famous Ayodhya Ratha Yatra and an extraordinary organisational skill that brought more number of BJP seats to the Parliament. But, unfortunately, when success came to occupy the position as Prime Minister, Advani missed the opportunity and for three reasons as I know.

One was his support to Mr. Narendra Modi as the Chief Minister of Gujarat, even when Atal Bihari Vajpayee was inclined to remove Modi after the 2002 Gujarat riots following Godhra incident. This projected Modi as a prospective Prime Ministerial candidate.

Second was an unfortunate impromptu utterance, in Pakistan during a visit, praising   Muhammad Ali Jinnah as a “Secularist”.

And the third one, his announcement to the audience in the National Convention of BJP in 1995 in Mumbai that the BJP’s Prime Ministerial candidate for the next election in 1996 would be Vajpayee. A case of Advani committing political harakiri, when good fortune was at his threshold. That’s why we talk of Luck and Destiny. Let it be.

The author makes some wise suggestions to reform our Parliamentary proceedings and they are worth considering seriously for the good of our Democracy, Constitution and Country, coming as it is from a senior bureaucrat with a political background. I wish he had also made suggestions to reform the Indian Civil Service (IAS, IFS, IRS etc.) as well.  Looking at the way the present Indian Civil Service is functioning and the quality of persons selected under the present system, it seems the reformation is as important as the Parliamentary proceedings suggested by N.K. Singh, the author of the book.

He has now formally joined the BJP on 22nd March 2014. Any personal agenda? Modi became PM in May 2014. Be that as it may, the book  is readable for those who followed politics of those decades, like me. But I am disappointed because I did not get what I expected from a person who claims to write after half a century of being at Ringside of Power.