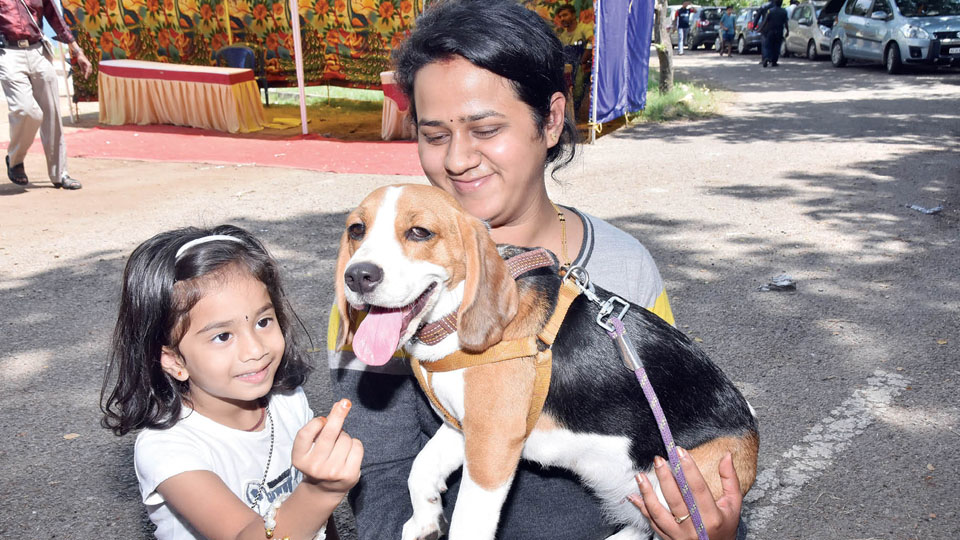 Why do dogs sit in between human legs?

Sometimes dogs may go between their owner’s legs seeking comfort or safety. Research has found that medium and large dogs are more likely to demonstrate this behaviour than small dogs. A lack of confidence, anxiety, or excitement can cause dogs to seek the closeness or protection of their owner’s legs.

Why do trained dogs suddenly start peeing inside the home itself?

Health-related urinary issues in dogs can lead to urinating in the house — an infected bladder or urinary tract, bladder stones, kidney or liver disease.

Why do dogs’ ears turn red for no reason?

There may be an extra amount of wax or bugs that take up residence within the ear; resulting in inflammation and infection. Other causes could be a foreign body, like grass, which has entered the ear, ear mites, parasites, allergies, bacterial and yeast infections. If your pet is constantly rubbing or scratching the insides of his ears, and they appear red and irritated, yeast may be the culprit. Most often, the yeast you see, or smell, is a sign of allergies due to rice, barley, wheat, corn or any of the grains in his food. A warm compress applied to the dog’s ear several times can reduce redness, pain, irritation and inflammation.

Long-eared dogs, especially dogs used in field sports, or those that are short-legged and closer to the ground, can attract foxtails or other burrs to their ears. Dog’s ears, with a lot of hair in the ear canal, can trap moisture. Place cotton balls in your dog’s ears before bathing to prevent moisture-related irritation or infection. Allergies to fleas and mites can cause itchy, unhealthy skin, and a rusty, red-brown ear discharge, which causes the dog to scratch at his ear canal and inner ear flap.

Mites are generally a problem for young puppies, but older dogs can contract them through physical contact with infected animals. Mite infections are treated with ear drops for five to six weeks. If you notice that your dog is getting red ears accompanied with discomfort, the best thing that you can do is to inspect the ear yourself. Sometimes, if there is a foreign body present, you may be able to remove the irritant yourself. It is vital to remember that ears are extremely sensitive.

Never stick a Q-tip down inside the canal in order to try to remove an object or excess fluid; this action can cause serious damage to the eardrum. If you notice that your dog needs to have his ears cleaned, you can either clean them at home or go to a vet.

When it comes to colour, television is no different from reality for a dog. They have dichromatic vision, which means they see the world through the range of two primary colours, yellow and blue. Cone cells in canine eyes are also believed to blur their sight to a degree. More importantly, dogs process the frame rate, or “flicker fusion frequency,” of screens differently than people.

If they’re looking at an older television, it might resemble a flip book or even a strobe light effect to them. Modern sets have a faster frame rate, which is why dogs might be more interested in your high-definition television. Typically, dogs will react to the same things that would draw their attention in a room — barking, squeaking toys, or commands.

In a study published in Animal Cognition in 2013, nine dogs were observed to see if they could pick out the face of another dog — regardless of breed — on a computer screen instead of another animal or a person. The dogs were rewarded with treats with a successful choice. Though the sample size was small, it indicated dogs can recognise other dogs on a screen.

If your dogs used to get excited by another dog on television, but has since lost interest, it’s possible they simply became desensitised to their appearance, realising the image in front of them isn’t going to move out of the boundaries of the monitor. Content unrelated to dogs might not be of much interest.

In a 2017 study, published in the International Journal of Human-Computer Studies, dogs presented with three different viewing screens didn’t exhibit any particular preference for one over the other. If they were shown three screens at one time, they seemed uninterested in watching anything at all. The study also noted that dogs had a limited television attention span. But that behaviour could also be breed-specific. Dogs bred for hunting might be interested in moving objects, while dogs that rely more on smell might be indifferent.

What should I do if my dog is not showing any sign of whelping even after 65-70 days of mating?

Usually, if a dog reaches the 65-70 day mark, it’s time to seek a medical professional. A dog who isn’t delivering puppies may just be late with no real cause for concern, but sometimes a delayed labour can indicate trouble.

Some common reasons why a dog hasn’t delivered include stillborn or nearly dead puppies or maternal distress. Difficulty birthing is known as dystocia and is usually treated with either a calcium or oxytocin injection, or delivery by C-section.