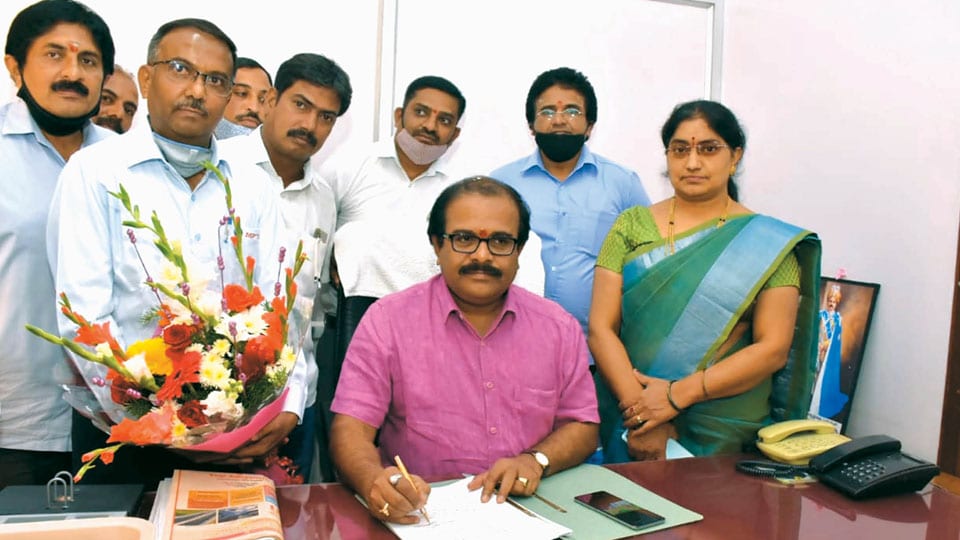 Phaneesh takes charge as Chairman of Mysore Paints and Varnish

Speaking to Star of Mysore, Phaneesh said that he has been in the BJP for over 28 years and had served the party in various capacities since then. Pointing out that this was his first appointment for an administrative post, he said that he is thankful to the party leaders for having recognised his services and appointing him to the post.

Stating that he will soon have an elaborated discussion with the company officials on improvisation of production and gaining more space in public domain for the factory products, Phaneesh concluded saying that his first priority will be to expand the market base for all products of the company.