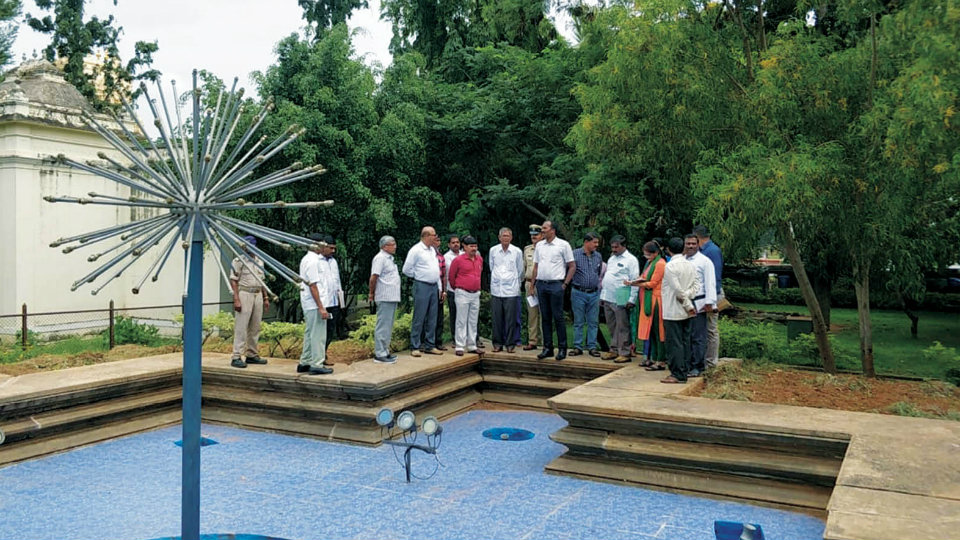 Plans on to fortify Srirangapatna Fort

Srirangapatna: An action plan is being prepared to strengthen the Srirangapatna Fort that is acting as a barrier to river Cauvery. The action plan is worth Rs. 75 crore to Rs. 80 crore, said Mandya Additional Deputy Commissioner T. Yogesh, who heads the Heritage Monuments Conservation Committee.

It may be recalled, SOM had published a report on Aug. 13 titled ‘Is Srirangapatna Fort safe from floods?’ highlighting the safety of Srirangapatna in the wake of lakhs of cusecs of water released from KRS Dam.

The report had raised questions on the sturdiness of the Fort near the town’s Railway Station that lies behind the western part of the bus stand where the Obelisk (war memorial) is situated. Over the years the layers of the Fort, built by Dandanayaka Thimmanna Hebbar in 15th century and later strengthened by Hyder Ali and Tipu Sultan, have been chipping away as the water has been seeping into the walls.

The top layer of the wall has collapsed and its remnants are lying near the river. The Fort has been lying in a state of neglect though the Office of Archaeological Survey of India, that is supposed to take steps to protect the Fort, is located on the river island.

Following the report, ADC Yogesh and Heritage Monuments Conservation Committee visited the Fort last evening to take stock of the situation. Speaking to SOM, Yogesh said that in the action plan that is being prepared, a retaining wall will be built near the Fort and it will have a length of two kilometres. The retaining wall will have the capacity to withstand pressure from River Cauvery, he said.

After visiting the Fort, the ADC and the team visited Srirangapatna and inspected several heritage sites and noted down the works needed to be undertaken to conserve the monuments. The Committee comprises historians, heritage experts, academicians and local residents.

The team inspected Mummadi Krishnaraja Wadiyar Janana Mantapa, Vasantha Kola where Maharajas used to bathe, hanging bridge of Tipu Sultan period and other places of historic importance. The team first visited the probable places that are likely to submerge in case River Cauvery overflows. They visited the Wellesley Bridge and found certain cracks on the structure.

Later, speaking to reporters, ADC Yogesh said that the team had taken note of the urgent need to conserve the Srirangapatna Fort and several other monuments that belong to Archaeological Survey of India.

Heavy vehicles are already banned on Wellesley Bridge and all the heritage sites that belong to State and Central Archaeology Departments will be fenced to prevent vandalism. Deputy Director of Archaeology Department Nirmala Matapathi, Assistant Commissioner Shylaja, Tahsildar Nagesh and other officials were part of the team.