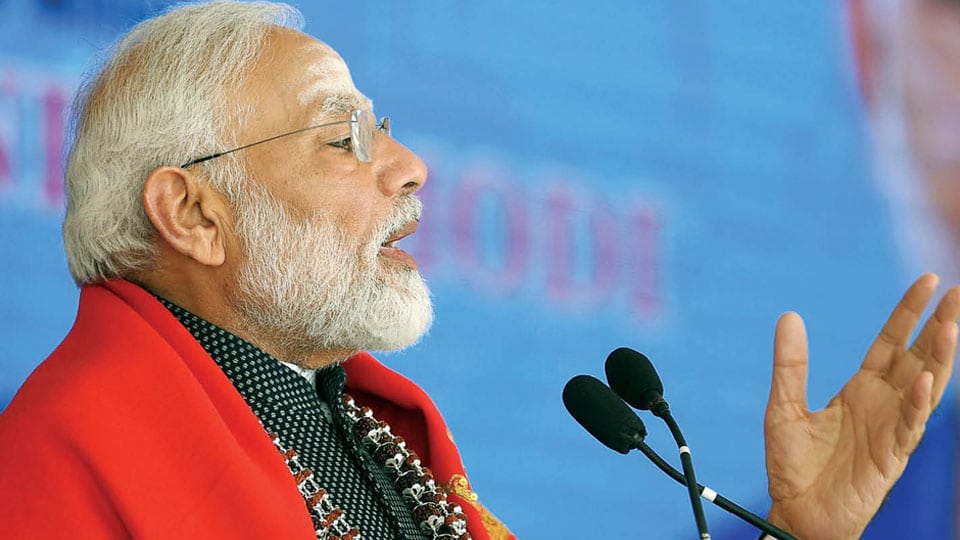 Where should Hindu and other minorities subjected to religious persecution in Pakistan, Bangladesh and Afghanistan go?

Tumakuru:  Taking a dig at those protesting against the Citizenship Amendment Act (CAA), Prime Minister Narendra Modi yesterday said: “If they want to carry out agitations, let them carry out agitations against the oppressions of Pakistan against its minorities, including Dalits, Buddhists, Sikhs, Jains, for the past 70 years.”

Modi was addressing a gathering at the Siddaganga Mutt after laying the foundation stone for a museum dedicated to Sri Shivakumara Swamiji, the late pontiff. “I dare the Congress and its allies who are the detractors of the Citizenship (Amendment) Act, to protest “Pakistan’s atrocities on minorities for the past 70 years instead of rising against Parliament,” he said.

He said people fled from Pakistan to India to save their lives and the lives of their daughters. He told the protesters to raise their voice against Pakistan, which is carrying out “religious atrocities” against its minorities.

Strongly defending CAA, the Prime Minister asked what was wrong in giving shelter to the minorities including Hindus, Sikhs, Buddhists, Jains of Pakistan who were being subjected to atrocities because of their religion. With no other alternative, oppressed minorities there were forced to come to India seeking shelter and the Congress was not ready to say that what Pakistan was doing was not correct, he said.

It was some weeks ago Parliament passed CAA, Modi pointed out. “But the Congress, its allies and the ecosystem they’ve created are standing up against Parliament,” Modi said. “The hate they have for us (BJP) is the same voice being heard against India’s Parliament of late. These people have begun protesting the country’s Parliament. They are protesting against Dalits, the oppressed and the downtrodden who have come from Pakistan seeking refuge,” he said.

Why are the mouths locked up?

The Congress and its allies “don’t speak against Pakistan, but are instead holding protests against those who took refuge in India to save their life, religion and the pride of their sisters and daughters,” the PM charged. “They don’t have time to speak against Pakistan over atrocities against minorities. Why is their mouth locked up?”

Protecting the refugees is “our cultural and national responsibility”, the PM said. “Most of the Hindus who have come are Dalits and downtrodden, we cannot abandon them,” he said, adding, “We should also help Sikhs, Jains and Christians who’ve come from Pakistan.”

Pakistan was born on the basis of religion, Modi said, while accusing the neighbour of persecuting its religious minorities. “Whether it is Hindu, Sikh, Christian or Jain, atrocities against them have increased in Pakistan. Thousands of such people had to flee and come to India seeking refuge,” he said.

The abrogation of Article 370 in Jammu & Kashmir signalled the change in India’s policy against terrorism, Modi said. “By abrogating Article 370, an effort has been made to remove the fear of terror and uncertainty from the life of people there. A new beginning of development has been ushered in for Jammu & Kashmir and Ladakh,” he said.

The road was also cleared for the construction of a grand temple for Lord Ram at his birthplace (Ayodhya) “with peace and everybody’s cooperation”, Modi said.