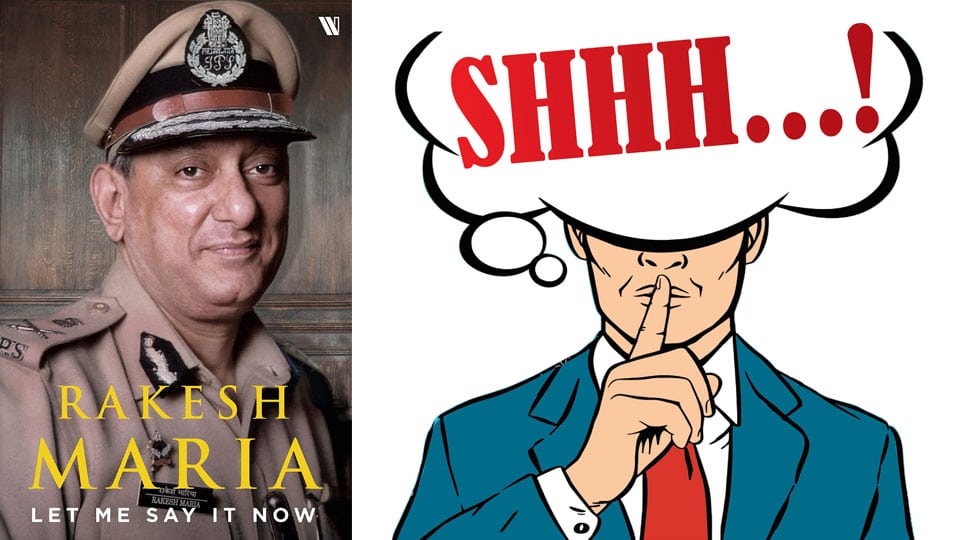 Republic TV is in the dock as its senior editors have been booked for allegedly airing “false” news about a “revolt” within the force against Mumbai Police Commissioner. This TV channel has had repeated run-ins with the Mumbai Police over the last several months with its reportage. Though the Mumbai Police say it’s not “revenge” for showing them in poor light, we all know Government institutions quite often use their wide powers to “teach you a lesson.”

I have personally experienced this.  When I was in 6th std., one day at around 11 pm the Police were at our doorstep. They asked us to walk out of our compound and stand on the road in the cold as they had got a call of a bomb threat to our house so they had to check it out immediately. After more than an hour of casual searching, they came out and declared that there was no bomb!

It transpired that my father had written a report that exposed the lacunae among Police personnel during the sensitive LTTE bomb threat period. So the embarrassed city Top Cop made up the bomb threat story to inconvenience him and teach him a lesson. But the cop didn’t teach a journalist a lesson,  instead his ‘sadistic’ exercise left two little boys resentful and fearful of the Police.

In most developed nations, when a good citizen sees a Policeman it arouses a sense of security; here it arouses fear and distrust. But when the Police do their job, it is glorious.

Recently, I was reading the well-written and structured autobiography of the legendary Police Commissioner of Mumbai, Rakesh Maria, titled “Let me say it now.” Among many anecdotes he narrates I would like to reproduce this one for my readers.

It seems, Maria was posted as ASP at Akola district in Maharashtra; a district proliferated with matka dens. Matka is a form of gambling and a lot of criminal activity flourished under the protection of matka dons and the biggest matka kingpin was a former wrestler called Shravan Bhirad Pehalwan.

Maria writes, “Bhirad had, under his command, a large gang of goondas. People of Akola were mortally afraid of him and even Policemen were wary of crossing swords with him. He had, I was told, considerable political backing. I decided that I would destroy the aura of fear that Bhirad had acquired. I planned a raid on Bhirad’s matka den.

Bhirad was a tall, well-built man in his forties and had a thick handlebar moustache that he was very proud of. I was thin, tall and lanky, but I had proficiency in karate. I had been part of the Maharashtra Karate squad that had participated in the Nationals in Bangalore in 1979. So I was quite confident that Bhirad would not have it easy if I met him.

We struck as planned. Bhirad was quite taken aback to see us in his den. Without losing a second, I gave him a well-timed kick to his stomach and he fell. Even in that melee, his moustache was most tempting. Without further ado, I held the handlebars with both my hands and pulled him up from the floor. He did not know what had hit him. We rounded up all the gang members present in the den and took them to the Police Station in a kind of procession, which made quite a grand spectacle.

As expected, this one act sent a powerful message to all the bad elements in Akola city, bringing the lawlessness under control. Our image was definitely restored. Bhirad’s arrest had made such a sensation that people used to gather there just to see me! They wanted to catch a glimpse of the new brave Police Officer who had the temerity to pull Bhirad’s moustache! This also made it to the local newspapers.”

Maria then writes about the moment that brought tears to his eyes and realised how appreciative and grateful common citizens are when the Police do their job.

He writes, “Ganapati festival arrived shortly after my ‘victory’ over Bhirad Pehelwan. The entire Police force of the city was geared up for the bandobast and I too was on my toes. Immersion processions were proceeding along the designated routes and the usual slogans were being raised. Suddenly, I found the slogans a little strange. Was I hearing right? ‘Ganapati Bappa MARIA!’ and NOT ‘Ganapati Bappa MORYA?’ I looked around in disbelief to see if the others too had heard what I had. Or were my ears playing a trick on me? But, my officers and men were grinning from ear to ear; the disarming humour did not fail to blur my vision, momentarily, with a film of moisture it brought to my eyes. Yes, the crowds were acknowledging me in a warm way! What more could you want at that young age when you had just begun your journey in their service!”

Yes, Police service is tough like many other services which involve serving the public but being a kind, empathic, courageous, humane and truly patriotic Police Officer is far tougher, because the only reward you get is people’s gratefulness. But then, for a good Police Officer that is the greatest reward and very few ever manage to get it.

Now as for Arnab Goswami and his channel’s troubles, it’s interesting to note the silence of other TV news channels and news media. Is it because they feel Republic TV is “right” leaning, aggressive and a sensationalist channel which according to them is not journalism?  Do they consider themselves “different” from Arnab Goswami?

But aren’t they both catering to their respective prejudiced and close-minded audience? Where, as some would say, both Republic TV’s Arnab ‘loudswami’ and NDTV’s Ravish “senti” Kumar cater to their respective audience in their own dialogue delivery style.

As Delhi High Court lawyer and columnist Gaurav Sansanwal wrote, “If Arnab Goswami sells ‘chest-thumping patriotism’, Ravish Kumar, to take an example, sells ‘self-pity’. If Arnab has coined the term, ‘Lutyen’s Media’, Ravish is not too far behind with his phrase, ‘Godi Media’. If Arnab calls out ‘anti-nationals’, the likes of Ravish paint everyone they disagree with, as ‘fascists’. If Arnab ‘shouts’ at his viewers, Ravish regularly delivers a ‘sermon’—sometimes, from behind a black screen. From the standpoint of biased media, Ravish Kumar’s NDTV is not very different from Arnab Goswami’s Republic TV. Neither are the digital publications which claim otherwise. The inconvenient truth is that fuelling a public debate on an issue of national importance, and making it seem like a national, existential crisis is the new journalistic norm.”

He then goes on to say, “Rajdeep Sardesai, in a widely publicised video, recounts the dastardly 2001 Parliamentary attack, since it happened when he was present in the premises, himself. He claims that he instructed his cameraman to close the gates; for he did not want any other journalist to come in the way of his exclusive access. He describes his ilk as ‘vultures’. Vultures or not — none among the lot is holier-than-thou. And therefore, any discussion on journalistic ethics ought to be initiated without claiming, or asserting moral superiority of any kind.”

The silent “liberal” media must remember, after BJP came to power, the channel seen as “left” leaning, NDTV, was slapped with a Rs. 2,030 crore notice and then Prannoy Roy,  probably the last dignified news anchor on Indian television, was stopped at immigration and not allowed to board a flight.  Back then NDTV tweeted “complete subversion of media freedom.”  Now they are silent!

You may not like Arnab Goswami, his style of journalism, his theatrics, his repulsive diatribes but all you have to do is change the channel.  If liberal media keeps mum to what their “political” party is doing in Mumbai, and then right wing media keeps silent to what their “political” party is doing in Delhi, then one day, there will be no thriving media either on the left or the right, there will just be an ignorant void all around us as the powers that be do the same to common citizens.

For now, deserting of Republic TV and Arnab Goswami by other media groups reminds one of Martin Niemoller, the German Pastor who was an outspoken public foe of Adolf Hitler, who said:

First they came for the socialists, and I did not speak out — because I was not a socialist.

Then they came for the Jews, and I did not speak out — because I was not a Jew.

Then they came for me — and there was no one left to speak for me.