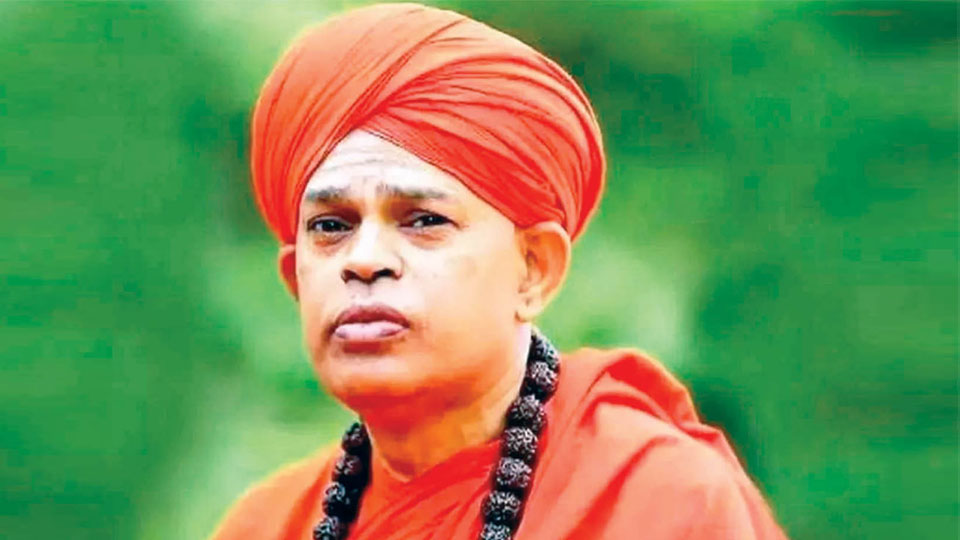 Accordingly, he was taken to the district hospital for a check-up. Soon after his arrest, Sharanaru, who has been booked under provisions of the Protection Of Children from Sexual Offences (POCSO) Act for sexually abusing two high school girls, was produced before a local Court, which remanded him to 14 days’ judicial custody, Chitradurga Superintendent of Police K. Parashuram told reporters.

Along with the pontiff, four others have been booked with one person working at the ‘Santvana Kendra’ (counselling centre by the Directorate of Women and Child Development Department), while another one has been arrested.

Two others are still at large for whom a search is on, Police sources said. Parashuram said the Police would apply for his custody for more questioning.

The arrest comes in the wake of a massive uproar over the issue with allegations being raised that the Basavaraj Bommai-led Government is not doing enough. The top religious leader has been booked under the Protection of Children from Sexual Offences Act (POCSO) for alleged sexual abuse of two high school girls.

Political parties in the poll-bound State have so far trod carefully on the charges against Sharanaru. A group of advocates has written to the Registrar General of the Karnataka High Court claiming that the investigation against the accused seer “is not being carried out in an unbiased, free and fair manner.”

The group of advocates called for immediate intervention of the High Court in monitoring the ongoing inquiry of the case in the interest of justice, so as to ensure fair and free investigations. “The accused herein being an influential person not even being summoned by the investigating officer, let alone being arrested is utterly shocking,” the letter said.

Sharanaru, who had applied for anticipatory bail on Monday, was additionally charged under the Scheduled Castes and the Scheduled Tribes (Prevention of Atrocities) Act as one of the two victims was from the SC community.