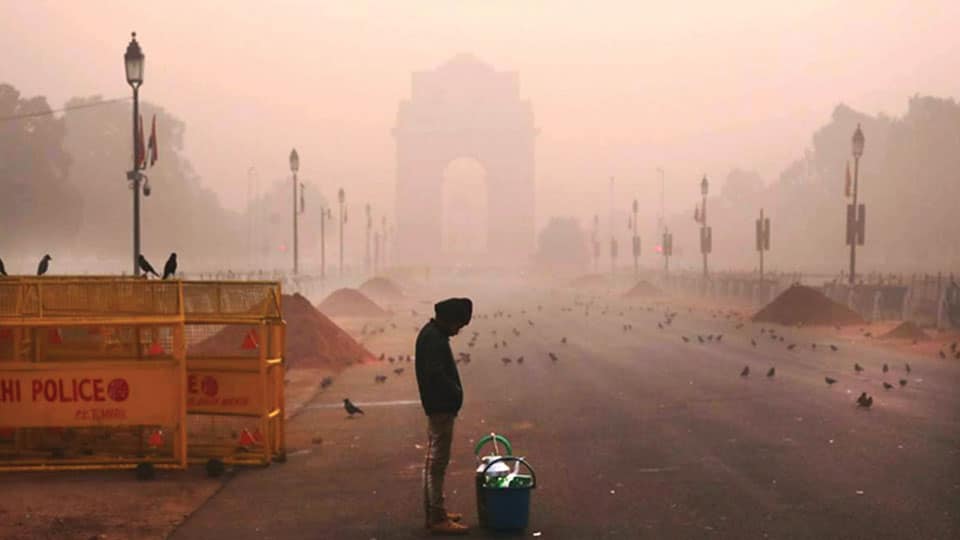 The problem of pollution is back in Delhi again.  The State Governments of Arvind Kejriwal and Capt. Amarinder Singh have started blaming each other for the problem, while the Supreme Court has been demanding action from both the Central and State Governments. Whether it is the even-odd arrangement that the Delhi Government tried a few years ago or asking people to switch off their car engines when stopping at a traffic light, different solutions are being attempted.  From the burning of the stubble to the challenge of COVID pandemic worsening during polluted times, the common citizens are worried. But everyone seem to also have a view on what needs to be done.  What very few appreciate is that each one of us is a part of the problem and also need to be a part of the solution.

Amidst all the debate, one is also not sure whose responsibility is it to ensure a pollution-free Delhi?  Is it the responsibility of the Central Government or that of the State?  Why would the neighbouring State of Punjab or Haryana invest public resources and incur the wrath of their farmers by regulating burning of the stubble to keep Delhi smoke-free? Is it even possible to make policies that are pragmatic, implementable and citizen-centric? And whose voice matters when such policies are framed?

Amidst all this, there is another Constitutional crisis waiting to erupt.  While the Parliament recently passed the Farm Laws and justified it as pro-farmer and progressive, States like Punjab and Rajasthan ruled by the Congress have passed their own laws to nullify or counter the National Law. Are such laws tenable and would they hold judicial scrutiny?  While both the Central and the State Governments are claiming that they are within their Constitutional rights to pass such laws, where does it leave the average farmer?  Should farmers be identified by their domicility or should they be thought of and treated as Indian farmers?

While issues like these are discussed and debated by television commentators and in newspaper editorials, it only leaves the viewer/reader confused and carried away by emotional sentiments rather than objective analysis.  One can also decide to remain indifferent and insulate oneself from all this and pretend that it does not affect our lives.  But is this even possible or acceptable?

Policy and politics are inseparable elements of governance and one cannot ignore how and why they are made and their consequences on the citizens of a country.  Good governance is not something that happens by accident or as an automatic consequence that follows suit after we elect a Government. It is the outcome of the tension that emerges from the interaction between the elected law-maker, the Institutions mandated to implement the laws and the authorising environment that citizens provide by their continuous engagement.

With political polarisation becoming the defining issue of our time, there is a pressing need to develop a more precise understanding of the actions of Government and the intentions that determine such actions. The field of public policy has now assumed considerable importance in response to the increasing complexity of Government activity. The advancements of technology, changes in the socio-economic organisation structures, terrorism, falling GDP growth, rapid growth of urbanisation and growing inequities have added to this complexity. Knowledge and understanding of public policy provides an in-depth understanding of the ills prevailing in society and aids to identify the solutions for them.

Many people are passionate about these and other issues, and have the best intentions in trying to advocate for reform or implement policy change. But translating good intentions into good decisions is not always as easy as it seems. Public policy in India is the result of decision-making that is constrained by complex interactions between political preferences, embedded institutions, and limited resources. For many policy choices, the correct course of action is unclear. In certain instances, the choices themselves may be hard to identify. Effective policy-making requires the ability to analyse situations systematically, deal with uncertainty, make trade-offs among conflicting interests, account for other values and institutional characteristics, and develop a strategy for working with other parties to achieve the chosen objective.

Citizens cannot be dubbed as ‘common people’ and left out of this process. Policy formulation is not rocket science that only well-trained experts or bureaucrats can understand and be a part of. This is the time for demystifying the public policy cycle and making it understandable and relatable to each one of us.

In simple terms, public policy is the intent and actions of Government (public agencies).  It is what Governments choose to do or not to do.  With Governments declaring their intent of enhancing citizen engagement in governance, the first step would be for each one of us to appreciate the what and why of policy-making and relate to how it impacts our lives. This can be the beginning of democratising development itself and help frame the narrative of evidence-based policy-making in India.

It requires us to be updated with information that is required and freely available today in the public domain; using our common sense to make meaning out of it; forming reasonable interpretations; and advocating our understanding in a non-partisan and objective manner with the political and bureaucratic set up. Though this is easier said than done, a beginning needs to be made now more than ever.

What is urgently needed is to begin the process of ‘Enlightening’ all the stakeholders, getting citizens and communities to ‘Engage’, and creating a nation of ‘Empowered’ citizens.  And when the PUBLIC of public policy gets activated, only then can we hope the ‘voice’ will drown out all the ‘noise.’

[Dr. R. Balasubramaniam, Founder of Swami Vivekananda Youth Movement and GRAAM is a public policy advocate and development activist. He is a visiting professor at Cornell University and IIT-Delhi.  He can be reached at: [email protected]]