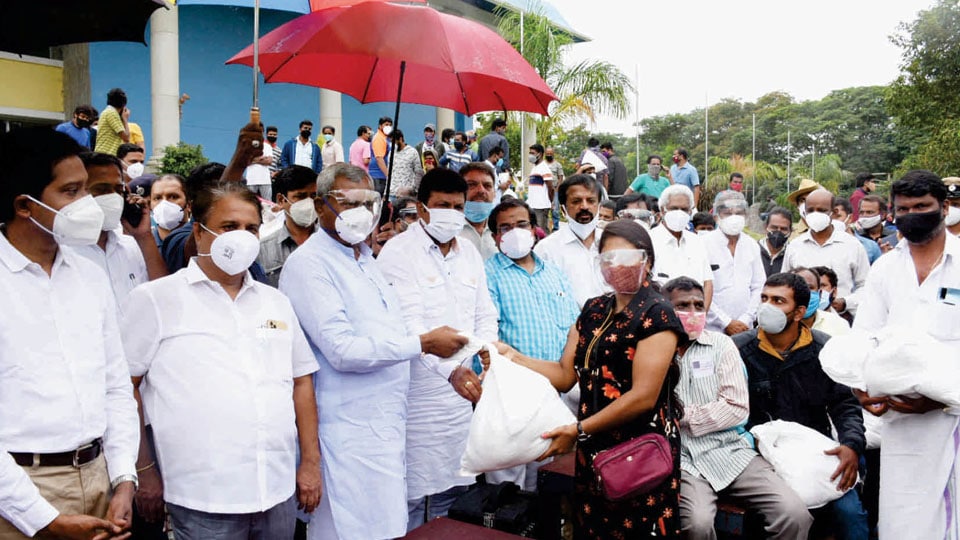 Political leaders come to the aid of needy during pandemic

Kannada and Culture Department Assistant Director H. Chennappa said that District  Minister Somashekar has sponsored 520 kits, which were  distributed to 120 associate cinema artistes and 400 theatre artistes. The Minister has also assured of sending more kits if required, he added.

Chennappa pointed out that earlier, a total of 600 kits, including 300 sponsored by MCDCC Bank President G.D. Harish Gowda and 300 provided by Artistes Welfare Association were distributed.

The 520 kits provided by the District Minister have been distributed among those who did not get ration kits then, he noted.

Continuing, he said that there are about 4,500 artistes in Mysuru district, out of which 2,000 are in Mysuru City alone.

Speaking on the occasion, Chennappa said that vaccination of artistes has been launched. Pointing out that 400 artistes will receive jabs in the first phase, he said that the Department will take measures for getting more doses of the vaccine based on demand.