Home » News » Pramoda Devi Wadiyar reacts: “It is my land” 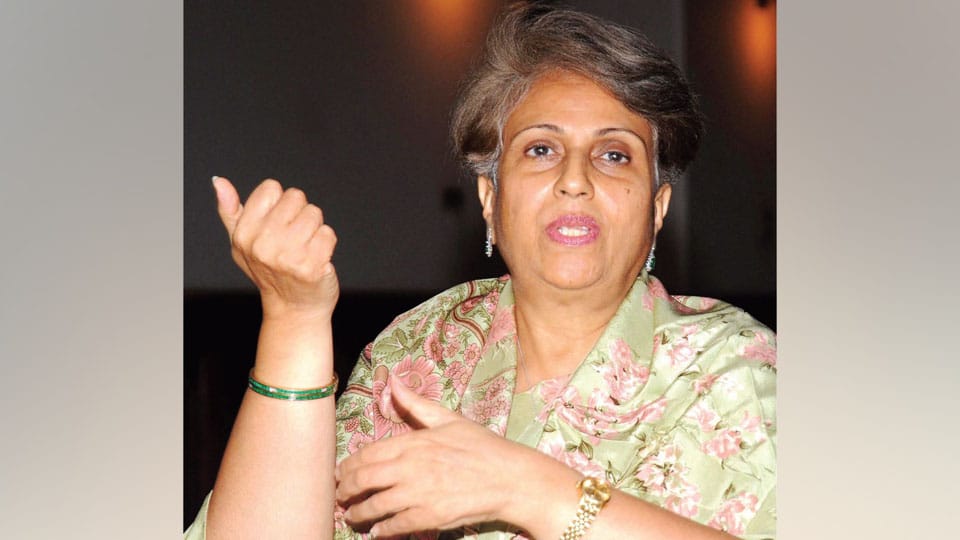 Pramoda Devi Wadiyar reacts: “It is my land”

Reacting to the alleged involvement of Mandya MP C.S. Puttaraju, following a complaint by the Mandya-based social activist K.R. Ravindra with the Lokayukta accusing him of illegal mining, member of the erstwhile royal family Mrs Pramoda Devi Wadiyar said that the land where the illegal mining is taking place belongs to the Wadiyar family.

Speaking to Star of Mysore, here this morning, she said, “I had written to the Government about the land which is a private property belonging to us, two years ago and they had promised to look into the matter by passing it on to the authorities concerned.”

Mrs Wadiyar said that in 1947 when the princely states acceded to India, Mysore royalty was also one of them. Accordingly the then Maharaja Sri Jayachamaraja Wadiyar had many private properties in his possession and the Amrut Mahal Kaval in Mandya district (which earlier was under old Survey No 390 with extent of land 1623 acres that comes under Baby Betta) was also one of them.

Mrs Wadiyar had also visited the place and met MP Puttaraju’s people connected with the quarrying. Later, she had sent words asking them to come and meet her. They came and met her.  “I asked them to show the documents pertaining to the land and told them that if the documents were legal then I would like to take action. But they went back and continued with their activities.”

It was then that she wrote to the then DC Ajay Nagabushan who had come down heavily on the illegal quarrying owners and the quarrying had been stopped.

Asked why the royal family did nothing all these years, she said, “It was not that we were keeping quiet. However, we had other pressing problems, which had to be sorted out first, like the government trying to acquire Mysuru and Bengaluru Palace properties. We first had to have a roof over our head. The successive governments have been hostile to us. It is like hitting our head against a rock,” said Mrs Wadiyar.

As Mrs Pramoda Devi Wadiyar became the successor and legal heir after her husband Srikanta Datta Narasimharaja Wadiyar passed away in 2013, she became liable for both assets and liabilities. “I looked into all the properties and I started addressing them one by one. No one else is privy to the information that I have and I have to consolidate all the properties for the future generation. If I don’t do it, nobody can,” she said.