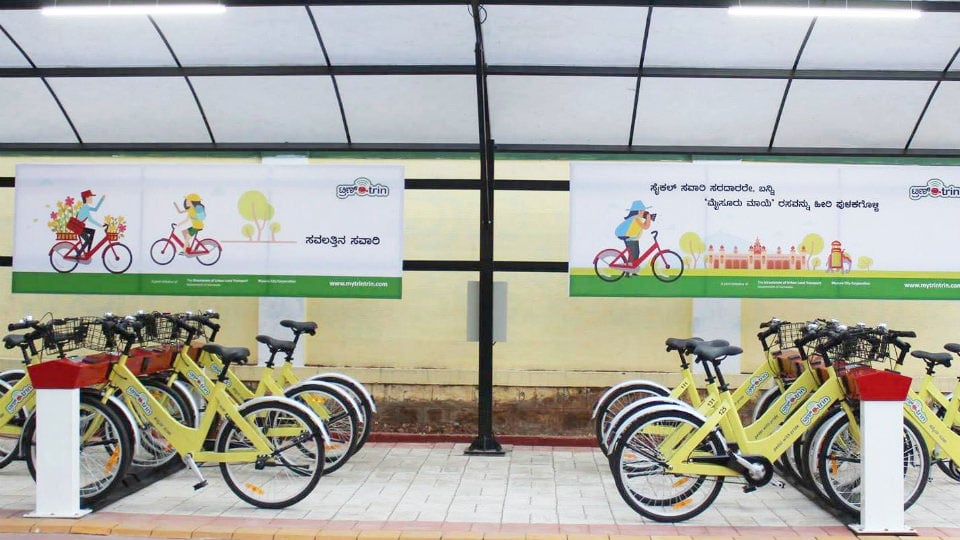 Good response for ‘Trin-Trin’ in city

Mysuru: A couple of days after Chief Minister Siddharamaiah launched ‘Trin-Trin’, the Public Bicycle Sharing (PBS) sharing system, a total of 110 people have registered to use the facility.

Speaking to Star of Mysore, S.M. Sagar, IT Manager of a private firm implementing the PBS in Mysuru, said that the response had been encouraging with the highest number of registration coming from the docking stations near RTO (West) and City Bus Stand.

He also mentioned the authorities had not received the expected number of registrations near the Zoo and Mysore Palace.

Meanwhile, people seem to be using trin-trin during the early morning and evenings as there were not many bicycles seen on roads in the blazing hot sun.