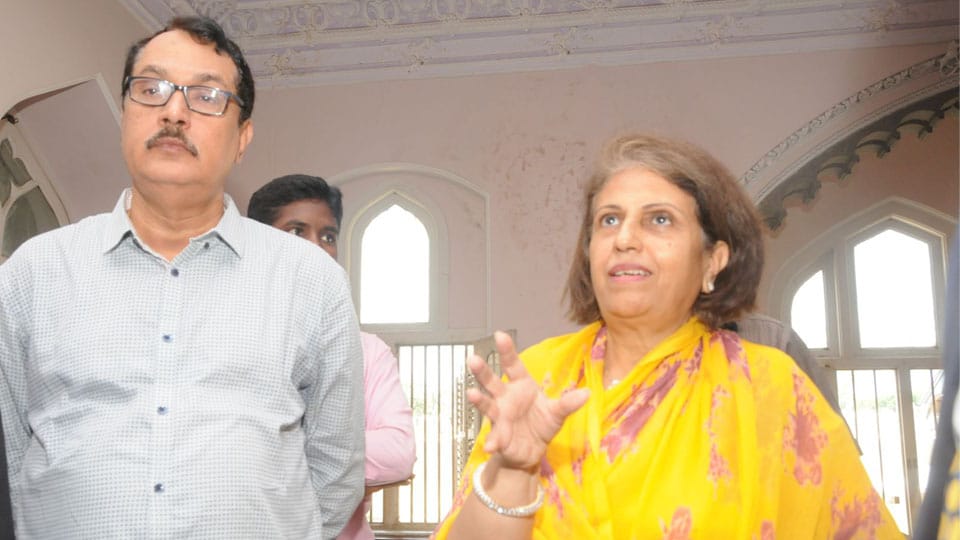 Mysuru: Pramoda Devi Wadiyar has categorically stated that she will not enter politics.

She was reacting to a question at the press conference held at her private residence in the Mysore Palace here yesterday and said that BJP National President Amit Shah had made a courtesy call on her and did not discuss any politics, nor invited her to join the party.

“Earlier, many leaders including L.K. Advani and Murali Manohar Joshi had visited us. Hence, there is nothing unique about Amith Shah’s visit, ” she said.

Since, even my son Yaduveer has made it clear that he is not interested in politics, there is no question of my clarifying about giving him the green signal, she said in reply to another question.

“My husband late Srikantadatta Narasimharaja Wadiyar was a MP. However, he worked only in the interest of the common people and never worked for the royal family’s interests. We have fought the cases entirely on its merit and won after more than 40 years,” said Pramoda Devi.

We have always been clear of steering away from the government and the politicians while fighting these cases, she added. “Earlier, a few in the government might have threatened us with regard to the properties. However, none of the governments in the recent past has created problems for us,” she clarified.

We are still facing a lot of hurdles and we are overcoming them one by one. “My main purpose in fighting these battles is to see that the coming generation does not face the same problem and I want to see that everything is set right,” she said.

The renovation work of Jaganmohan Palace and Rajendra Vilas are going on. The amount refunded by the Income Tax Department will come in handy for the renovation, she said.

As far as the Palace entrance fee and a few other issues are concerned, this is not the right time to talk about them as the matters are still in Court.

However, we will legally recover what ever is rightfully ours, she said.

Even as she shared her joy over the much-awaited relief to the Mysore Royal family as the Income Tax Department had cleared them of all liabilities, Pramoda Devi Wadiyar became very emotional thinking of her late husband Srikantadatta Narasimharaja Wadiyar. The IT department has not only returned many of the properties it had attached to recover the income tax dues, it has also refunded the taxes collected on the properties after valuing them unscientifically.

“If my husband was alive at this time, he would have rejoiced. After fighting for 44 years we have won,” she said turning emotional.

She also made it clear that the legal fight to recover Doddakere Maidan and Survey No.4 properties would continue.