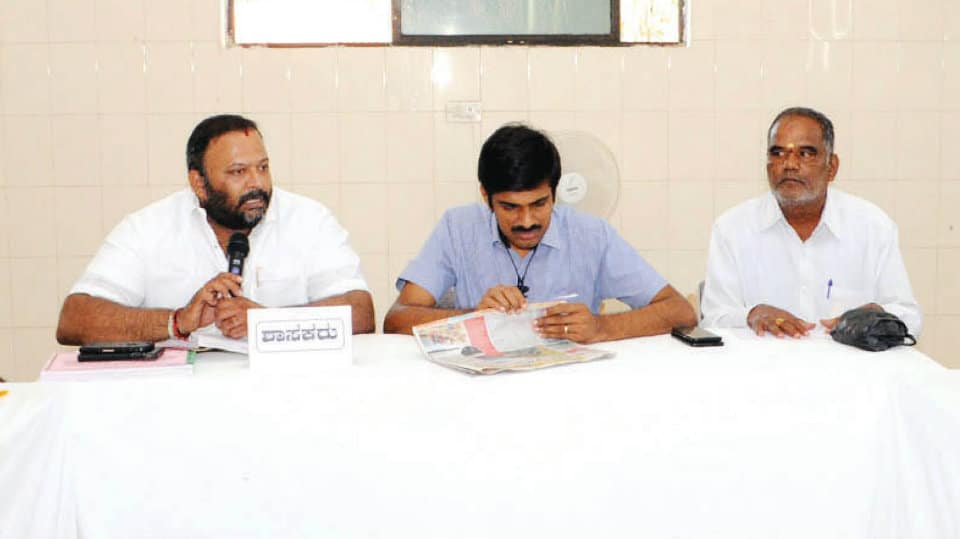 Nanjangud: Deputy Commissioner Abhiram G. Sankar has directed officials of Revenue Department and Nanjangud Town Municipal Council (TMC) to complete all the projects, which had been taken up for development of Srikanteshwara Temple in city.

Speaking after inspecting various projects taken up at the temple premises, he instructed the Officers that the ongoing works should be completed as early as possible. MLA B. Harshavardhan, who presided over the meeting, said that officials have stopped the construction of the arch gate and devotee’s bathing steps. There is also a demand to construct a 100-room accommodation for devotees near the temple. Currently, polluted water of Kapila River is being used for the abhisheka of the deity and preparation of prasadam. There is also a demand to sink a borewell near the temple. Even a blue print is ready for all these projects, but the Heritage Department officials have stopped the work.

The DC also directed the authorities to clear unauthorised constructions around the temple and urged the officials  to implement biometric system for attendance for all the workers except for priests working in the temple.

“The Municipal Council and temple authorities will be held responsible if they do not stop dumping waste in the river. Those who dispose clothes and other waste will be fined. CCTV cameras will be installed to catch the culprits who pollute the rivers,” he added.