Home » Columns » Abracadabra By K. B. Ganapathy » Pride goes before the Fall: Musings on Congress defeat in Karnataka 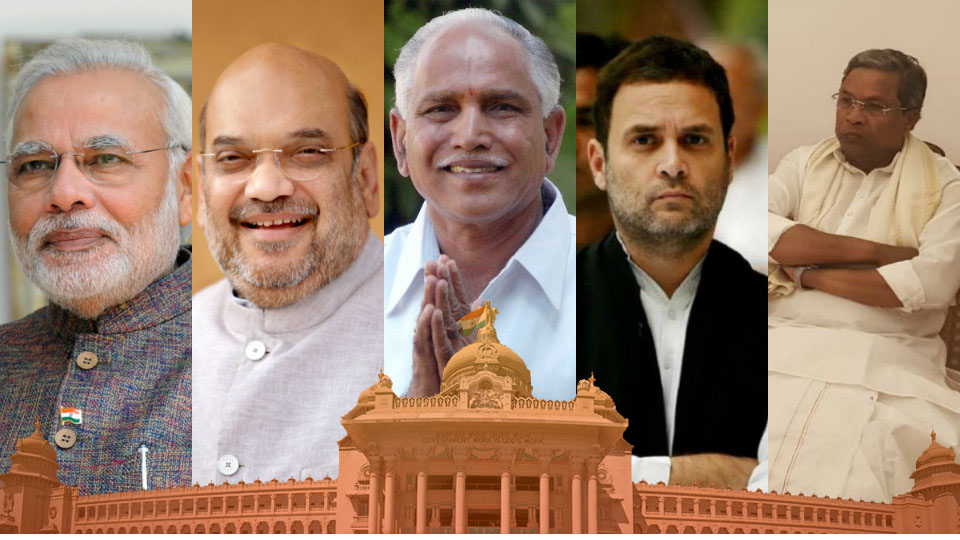 Pride goes before the Fall: Musings on Congress defeat in Karnataka

The man of Power is ruined by Power. The man of Money by Money. The Submissive man by Subservience. The Pleasure-seeker by Pleasure.

As I watched the Karnataka Assembly elections 2018 results this morning on TV, I could not help but recall the words of Hermann Hesse quoted above. If Congress could not win this election, despite there being not a very conspicuous anti-incumbency factor common in democratic elections, the only one person who should be held responsible is Chief Minister Siddharamaiah himself. His audacity, arrogance of power, the hubris and a very sarcastic and despicable language — remember the word he used in accepting a challenge in elections? Even if his father contests, I can’t be defeated. These words were recalled by Shobha Karandlaje, BJP MP, this morning on TV9 while giving her reaction to BJP’s winning streak as I write this.

After seeing the results, I felt if only Siddharamaiah was a little gentle in his demeanour and refined in his language in the last five years, he would have become an acceptable CM like earlier CMs of Karnataka to a large majority of people. Added to this, if he had taken a Dalit as a Deputy Chief Minister, as demanded by the Dalits, I guess Congress would have even won comfortably this election like in 2013. Sadly, Congress High Command is so weak, everybody in Karnataka Congress was more afraid of Siddharamaiah than Rahul Gandhi or even Sonia Gandhi. No wonder, the Congress has to trail behind the BJP in 2018.

I have seen Prime Ministers and Chief Ministers since 1947 because when India got independence I was seven-years-old. Prime Minister Jawaharlal Nehru was an ideal leader, a role model in speech and action. Then Lal Bahadur Shastri, another sage-like politician. And then Indira Gandhi, a tall leader indeed. Sadly, later we had some pygmies who did not last for more than a year in office. I won’t name them for I can’t even remember their names.

Rajiv Gandhi was a quick learner, who carried himself with great dignity and grace, except for surrendering to the minority, (to the point of surrendering the sovereignty of our Constitution), which he misused with his brute majority in the Parliament like his mother did in 1975 — Emergency days. All the same, he was an acceptable, admirable LEADER, whom the nation loved. Sadly, his son Rahul Gandhi, National President of the Congress Party and a future Prime Ministerial candidate as he himself had declared, negating the principles of democracy, is an apology for a leader. His weak leadership is cause for Karnataka Chief Minister Siddharamaiah’s strength. It looked to me like the last days of Mughal Empire. And with this election, the inevitable has happened. Good for Karnataka and good for the country.

As for me, I had predicted BJP victory in unequivocal language. I told this to a Union BJP Minister, to Delhi Newspaperwallahs, NDTV honchos and its election experts, including Psephologist Dorab Sopariwala, at a dinner meeting in Hotel JP Palace here in city just before the election.

In Mysuru district, Siddharamaiah fielded his son Dr. Yathindra in Varuna and to match him in the contest the local BJP leaders got B.S. Yeddyurappa’s son B.Y. Vijayendra to contest from Varuna. Sadly, he was denied ticket in a humiliating manner at the last moment when he was all set to go and file the nomination. I had gone with Vijayendra to a few villages to study the campaign and filed a report saying that Vijayendra would surely defeat Dr. Yathindra.

I had also accompanied Dr. Yathindra on his campaign and found him a damp squib except for his father’s power and influence. Lucky for him, it was like a one horse race. And he won. BJP just lost one more winning seat in the Assembly. But politicians have their own reason… which is why they make strange bed-fellows!

BJP should now remember the political conspiracy by the BJP High Command to cut Yeddyurappa to size in 2008 when he was the BJP Chief Minister. If in that sinister conspiracy, Yeddyurappa was not sent to jail in 2011 (after he was denied bail at a time even worse corrupt Chief Minister of Bihar was given bail) and later forced to leave BJP and form  his own KJP party, in the 2013 Assembly elections the Congress with Siddhramaiah would not have got 122 seats as against BJP’s humiliating 40 seats — equal to what JD(S) got.

Thank God, at least the BJP High Command seems to have re-learnt its political lessons with regard to Karnataka. B.S. Yeddyurappa was taken back, made the President of Karnataka BJP and see the success it has achieved in this 2018 elections.

I hope this time JD(S) would atone for its sins of reneging the 2006 alliance with BJP when JD(S) Chief Minister H.D. Kumaraswamy refused to hand over power to Yeddyurappa as per agreement after 20-month in 2007.

6 COMMENTS ON THIS POST To “Pride goes before the Fall: Musings on Congress defeat in Karnataka”