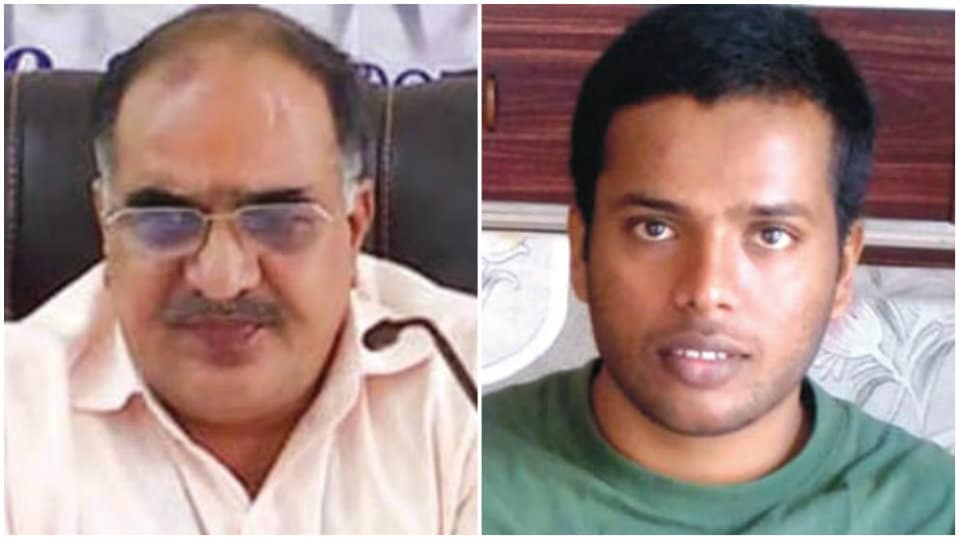 Mysuru: Upset over the alleged abusive language used by Dy.SP against him, a probationary Tahsildar has lodged a complaint in the Gundlupet Police Station accusing the Dy.SP of using foul language, obstructing his duty and harassing him. As a proof, the Tahsildar has submitted the recording of the conversation. B.K. Sudarshan, who is serving as Grade-2 Tahsildar (probationary) at Gundlupet, in his complaint to the Gundlupet Police, said that he received a phone call from public at 9 am on Nov.21 complaining that someone was illegally cutting rosewood trees in a government land coming under survey No.23, Begur village in Gundlupet taluk.

Acting on the complaint, Sudarshan sent Belachalavadi Gram Panchayat Employee Mahadev to visit the spot and report to him. But at 11.05 am, one person by name B.P. Prasad, identifying himself as Dy.SP, Anti Corruption Bureau (ACB), Chikkaballapura called him on his cell phone and asked who was he (Sudarshan) to send a Gram Panchayat Employee to the spot, Sudarshan stated in his complaint.

Sudarshan stated that Prasad also questioned his (Sudarshan) authority and said that he would talk to Chamarajanagar DC.  “The caller (Dy.SP) also threatened me of teaching a lesson and kick me with his boots. He has used unparliamentary language and questioned me on how much money I had paid to KPSC authorities for entering into KAS service,” the complaint stated.

The Dy.SP continued his trade against him and repeatedly threatened him with foul and abusive language causing him mental harassment, Sudarshan has stated in his complaint. He has sought action against the Dy.SP under IPC Section 353 for obstruction of official duty, Section 506 for threatening and IPC sections 499 and 500 for damaging his reputation.

Stating that he has attached an audio clipping of the conversation between him and the Dy.SP, Sudarshan further alleged that the Dy.SP had misused his official phone to threaten him.

Dy.SP Gundlupet Police Station Tahsildar
Woman sitting in front of house killed as car runs over her in reverse direction
Second Edition of Mysuru Literature Festival: Talks with Kashmiris only way to peace in the region: Former R&AW Chief Dulat