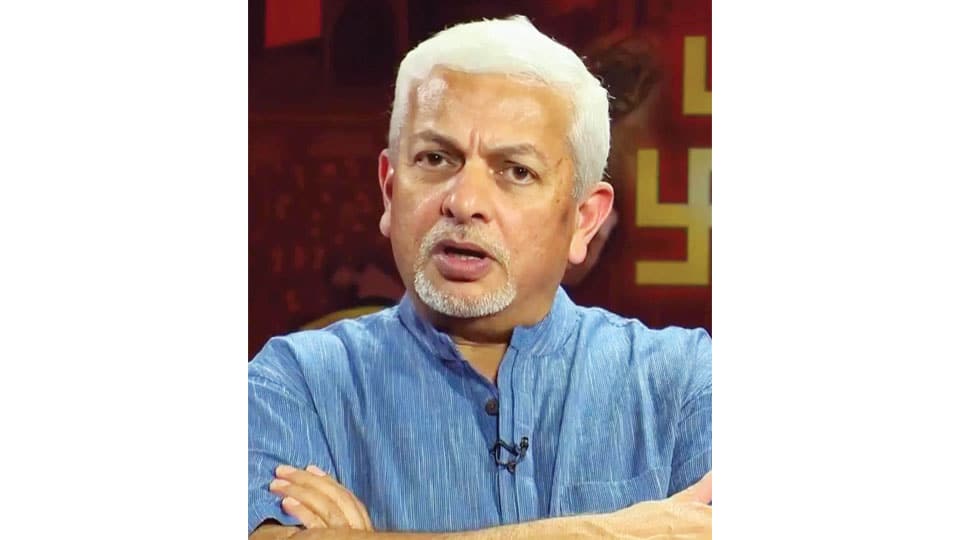 Hindu religion seems to be a religion for all people for all reasons and for all seasons. Some times I wonder whether it is a religion, like other religions, with a Godhead for the followers to pray. But then there are so many Godheads in Hindu religion and the follower can believe in any, make one istadevata out of many and pray. Sometimes I wonder if Hinduism is merely a theology rooted in Vedas and Upanishads. No wonder, Dr. S. Radhakrishnan defined Hinduism simply as a ‘way of life.’

So, you have many and varied Gods and Goddesses in the Hindu pantheon. You have geniuses like Valmiki (Ramayana), Vyasa (Mahabharata), Buddha, Sri Adi Shankaracharya, Ramanujacharya, Madhvacharya and any number of Saints, Savants, Monks like Basavanna and Swami Vivekananda. Vedas and Upanishads have been their inspiration. Their thoughts germinated on the sanctified fertile fields of Vedas and Upanishads. If only one delves deep into the study of Vedas and Upanishads and then critique all other works of philosophy, theology and epics, this truth would be known.

And Rig Veda is said to have been composed sometime perhaps in the third millennium BC (3000 through 2001 BC). Vedas simply mean knowledge or wisdom. There are four Vedas — Rig, Yajur, Sama and Atharva. Then attached to these Vedas (Samhitas) there are three other kinds of texts. They are Brahmanas, Aranyakas and Upanishads.

This Vedic spark was kindled in me as I was going through a book of 128 pages titled “The 10 Gunas” by Prof. P.R. Mukund from America. He says Gunas means mindsets. And he says in the title itself “for Jiva (you), Jivan (life) and Moksha (fulfilment).” Since I do not believe in rebirth, I could not care for Moksha (liberation from the cycle of birth and death). For three days, the book lay in a corner of my working desk like a vagabond. Then I picked it up. Who is the author? What are his credentials to write the book on a subject that seemed esoteric to me.

He is an electronics engineer who has spent 36 years in academics and industry in America. Then his credentials are in superlatives as ‘a student and teacher of Vedic Sciences and Spirituality.’ I was hoping I would learn how to mix oil with water after reading the book. So I began my journey into the book…

He talks of 10 guiding principles that changed his life and how it can transform the life of others, probably lesser human beings! Those 10 principles are Jnana, Bhakti, Vairagya, Pragnya, Medha Shakti, Dhriti, Stithi, Yog, Prana Shakti and Bala. Each has a chapter poorly structured and explained. Very disjointed, not cohesive. However, I agree absolutely when he writes “I can say that my success I have had is based on the firm foundation of Jnana.”

Reading about his early days in Bengaluru with 10 siblings, it seems it was only his Brain Bala (strength of his brain, brain power), his excellent academic performance that took him to where he is now.

For a Hindu, life goes through four Ashrams or stages. They are: Brahmacharya, Grihasta, Vanaprasta and finally Sanyasa, the complete cessation of desire. Prof. Mukund seems to be getting ready for the final stage — Sanyas. If so, indeed a quantum leap towards enlightenment. Today he heads a non-profit Trust that has saved thousands of ancient manuscripts known as Tara Prakashana and given talks on spiritual guidance at Universities and industrial corporations. While his oratorical  skill, as seen in YouTube is admirable, he needs to hone his writing skills. Let it be.

Though nowhere he had revealed his caste identity, from what I gleaned from the last page of the book I guessed     him to be a Madhva Brahmin as he offers his ‘eternal gratitude’ to his Adi Guru Shri Madhvacharya and Supreme Lord Shri Krishna.

This reminded me of what I read in Vir Sanghvi’s autobiography “A Rude Life”. At one point he writes that the owner of ‘Sunday’ Magazine of Kolkata’s ‘Anandabazar Patrika’ Aveek Sarkar asked him to employ two criteria for recruiting sub-editors: “Look for people from Presidency College and if two candidates seem hard to choose between, always hire the Brahmin candidate.”

As could be expected, Vir Sanghvi was outraged but also a little mystified by the suggestion. The narration reveals that Aveek Sarkar was neither a Brahmin nor from the Presidency College. Then why did he make those suggestions? Vir Sanghvi gets his answer. Aveek says, “…if two candidates are equal in all other respects, the Bengali Brahmin is more likely to have come from a family background where they read books.” What about the choice of Presidency College? Aveek says, “Oh, because they are better at writing.”

No wonder Prof. P.R. Mukund made it to the top in America and in life.