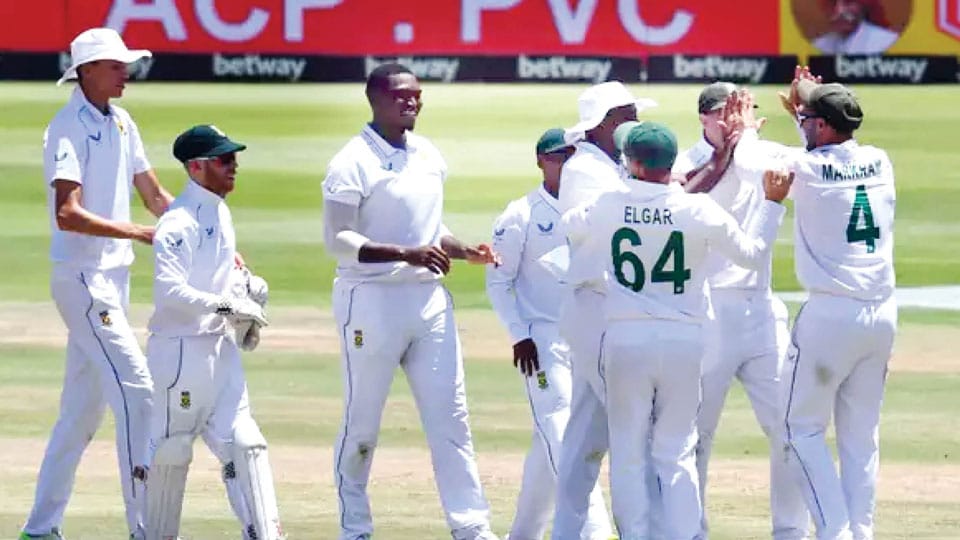 Heartiest congratulations to the young Proteas who gathered all their might to register a 2-1 victory over the favourites, India. It was monumental effort in all departments of the game; turning the result into a ‘Nightmare’ for Indians; bruising their ego beyond belief; a shameful disposition considering the expectations; not only in India but also across the world.

Kudos to KG Rabada, Player of the Series, on scalping 20 in 3 Tests and to Keegan Petersen, Man of the Match, who aggregated 276 at 46. Hats off to skipper Elgar for the foundations laid and to VD Dussen and the stylish shortie T. Bavuma (reminding us of Gus Logie) who anchored magnificently. Young Marco Jansen with 19 scalps was also lethal.

All discerning cricket enthusiasts will surely agree with me that it was a ‘Self Inflicted’ humiliation than one imposed by the Proteas. Mohinder Amarnath said long ago that the team selectors are a ‘Bunch of Jokers’. It was not different here.

I am sorry. Cricketing brains of the selectors fell terribly short of fundamentals in picking failed duo in Ajinkya Rahane (Ave 23) and Cheteshwar Pujara (Ave 21). Resting on their laurels and benching young upcoming talents has not only proven disastrous but also criminal; for you have frustrated them because you lacked elementary cricketing brains. Likes of Shreyas Iyer, Hanuma Vihari, Suryakumar Yadav will be cursing the selectors under their breath and rightly so. In 2016, they killed Karun Nair after he scored a triple century against the English. No surprise if others are consigned to the same fate. I wonder if it is ‘Indian Mentality’ to oppress/ frustrate talents.

READ ALSO  The keenly awaited ‘T-20’ fireworks against the OZs

It sounds bizarre to think or say that our opening pair is a “Set One”. Sporadic performances do not establish character. Both KLR and Mayank proved terribly inconsistent. Knowing well that the middle order lacks the spine they had the responsibility to dig in and play long innings.

It was well-known that the tracks in SA are hard and bouncy. Our bowlers extracted as much flesh as their bowlers did. But, they got better nip off the track that skittled our batsmen though names of our batsmen on paper appeared strong.

In summary, we enjoyed great cricket by the Proteas. Thank you guys for the great entertainment. All our bowlers excelled with the Cherry. Sorry guys. Our Batsmen let you down. Hope our boys will fare well in the ODIs. Best to them.