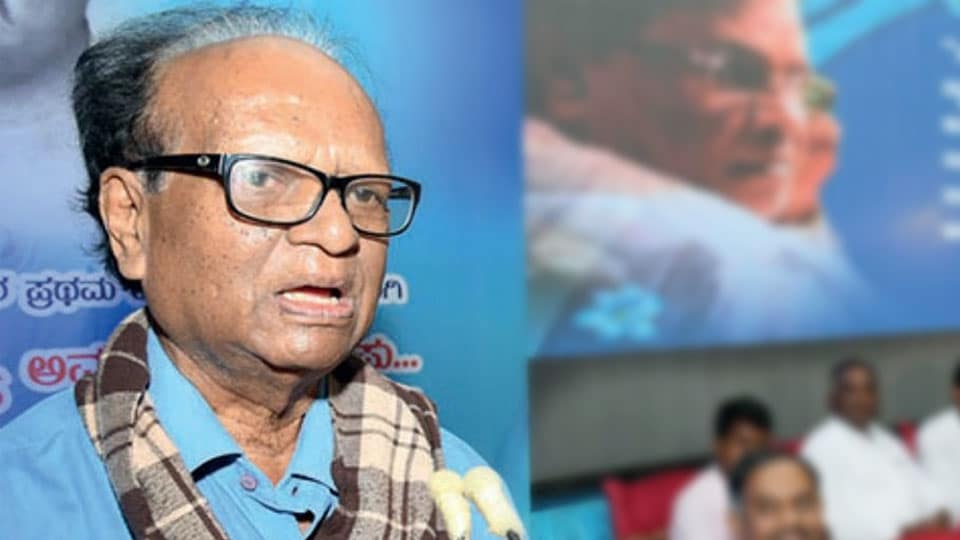 Mysuru: Pro-Kannada acti-vists, numbering about 50, protested against 83rd Kannada Sahitya Sammelana President Prof. Chandrashekar Patil this morning accusing him of ‘insulting’ Goddess Bhuvaneshwari and Mysuru by not offering puja and not wearing the traditional Mysuru Peta during inauguration of the three-day Kannada Literary Meet being held at the Maharaja’s College Grounds, here yesterday.

The activists, who gathered at Vishvamanava Park, shouted slogans against Prof. Champa stating that he, in his Presidential address, had spoken like a Congress party activist and not as a writer or a poet. Alleging that the Fest. was not being organised in a proper way, the protestors said that the event was being organised to please a few politicians.

The protestors also took a jibe at Prof. Champa for recommending the removal of Tanveer Sait as Primary and Secondary Education Minister. “Champa is not Congress High Command to ask the CM to either drop or include a person into his Cabinet,” they said.

Prof. Muni Venkatappa alleged that the organisers had insulted the Mysore royal family by not inviting them and added that it was Nalwadi Krishnaraja Wadiyar who had founded the Kannada Sahitya Parishat.