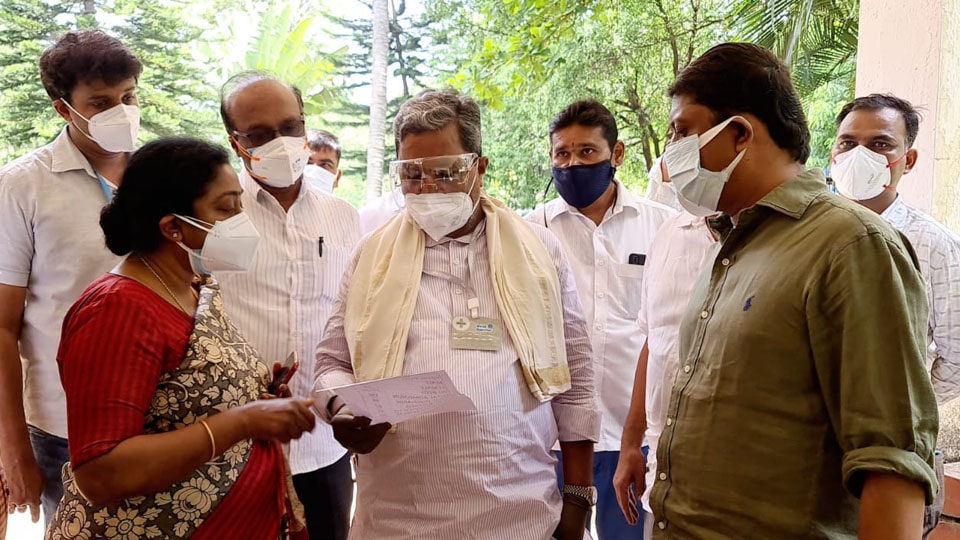 Provide immediate relief for family of Asha, Anganwadi workers who died of Covid

Bengaluru: Former Karnataka Chief Minister and Leader of Opposition in the Legislative Assembly Siddharamaiah on Saturday urged the State Government to immediately distribute relief to the families of Asha and Anganwadi workers who died due to Covid-19.

Stating that it is the prime responsibility of the Government to provide them with special protection, he alleged that the Government has not yet announced the staff of several Departments as Corona Warriors. Those who have already declared themselves as Warriors of Corona have not been paid salaries for the past two to three months.

In addition, Asha workers, Anganwadi activists and Government-level personnel were not provided basic equipment such as masks, sanitisers and gloves to protect themselves from Corona. Some of those who have been declared Warriors of Corona have died. But only the families of the three have been compensated. A similar situation exists in all Departments, he said.