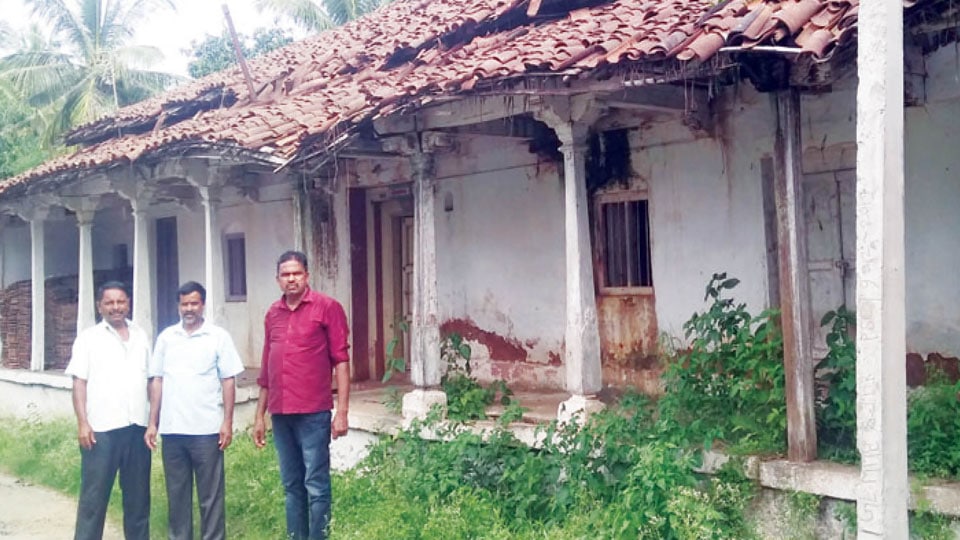 Periyapatna: Puttanna Kanagal may be an iconic filmmaker, known for films like ‘Kappu Bilupu’, ‘Gejje Pooje’, ‘Sharapanjara’, ‘Naagarahaavu’, ‘Shubamangala’ and ‘Ranganayaki’ to name a few, all of which are considered classics today. But the ancestral house where he was born and grew up at Kanagal village near Bettadapura in Periyapatna is in a dilapidated state.

Puttanna Kanagal’s films were not only appreciated by the critics but also by the audience. History shows that almost all his films ran for at least 100 days in theatres across the State. His movie ‘Naagarahaavu’ was the debut of the late actor Dr. Vishnuvardhan, who went on to become a super star. The film also made actor Aarathi a household name.

A group of villagers have demanded immediate intervention from the Government. They have stated that the house of the late director must be renovated, restored and be converted into a museum. Also, a statue of Puttanna Kanagal must be established at Kanagal. The Government must adopt the village and develop it as a model village, they stated.

It may be recalled here that in 2017, ancestral house was burgled and miscreants had stolen a few important books and rare bronze vessels which were said to be prized possessions of Kanagal.

Before the burglary, the house has been renovated at a cost of Rs. 2 lakh with an intention to convert it into a Memorial with assistance from village leaders. The miscreants had broken the front door and also dug a tunnel to gain entry and made away with the articles which were being used by late Kanagal.