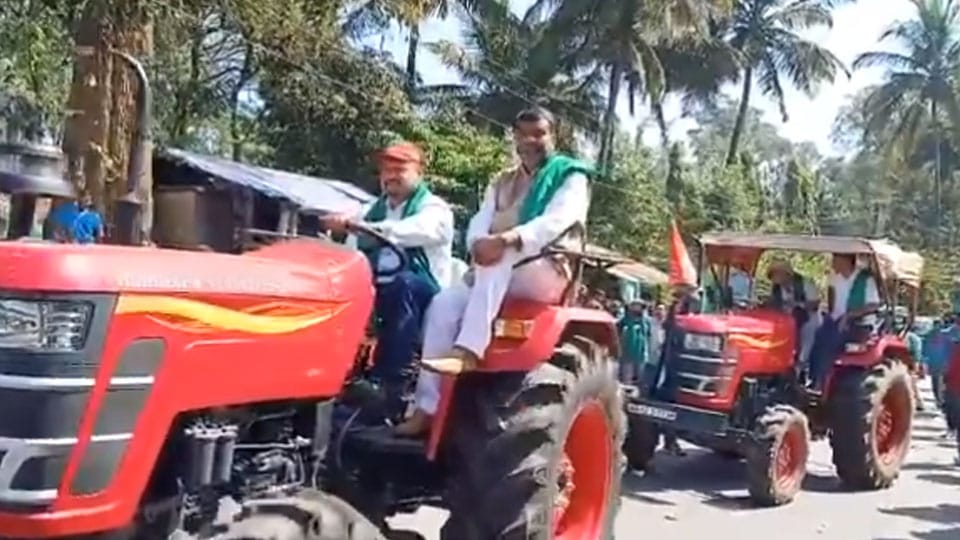 Mysore/Mysuru: With Tractor-borne farmers from Mysuru, Kodagu  and Chamarajanagar districts set to assemble at Maharaja’s College Grounds in city later today before travelling onwards to Bengaluru for taking part in the Farmers Republic Day Tractor Rally in the State capital tomorrow (Jan. 26), DCP Dr. A.N. Prakash Gowda said that the farmers have been denied permission to assemble at Maharaja’s College Grounds.

Farmers from different parts of the State are taking out a Tractor Rally at Bengaluru tomorrow in support of the indefinite stir launched by Farmer Unions at New Delhi borders, seeking repeal of the Centre’s three newly introduced Farm Laws.

The Farmer Unions, which have been staging protests and demonstrations since two months, will be taking out a R-Day Tractor Parade in the National Capital, in protest against the Centre’s refusal to repeal the Farm Laws, which they claim are detrimental to the interests of the                               farming community.

Speaking at Bannimantap Parade Grounds, where the R-Day Parade rehearsal was held this morning, the DCP said that farmers arriving in city on tractors from neighbouring districts, will be stopped at check-posts, where they will be convinced to go back.

Pointing out that the farmers will be explained on the traffic bottlenecks and other public inconveniences that may be caused on the ever-busy Mysuru-Bengaluru Highway, he said that tractor-borne farmers will be persuaded to go back. He reiterated that farmers travelling in tractors will not be allowed to assemble at the ground, as a Republic Day security measure.