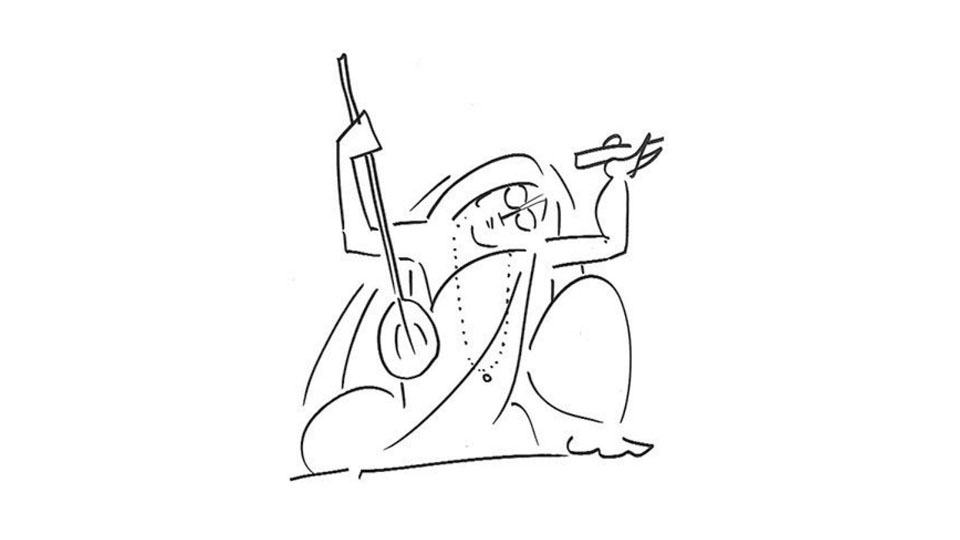 Woh toh Radha ka bhi Shyam, woh toh Meera ka bhi Shyam, is a popular Bollywood song from the 1970s. In this song, we are told that Krishna loves Radha as much as he loves Meera. The problem here is that Radha is a mythical character who comes to us from Jayadeva’s Gita Govinda composed 800 years ago, and Meera is a historical princess and poet-saint who lived 400 years ago in Rajasthan. But this detail makes no difference to common people who are unable to distinguish the mythic past from the historical past. In fact, after the Padmavati controversy, it is clear that even fiction becomes history in India eventually, with the blessings of politicians.

Even more interesting in this song is that it completely ignores Krishna’s legitimate wives, Rukmini and Satyabhama, Kalindi and Jambavati, and four other senior queens, and sixteen thousand junior wives. Recently, a ‘Godman’ has been arrested in North India for imprisoning and drugging women and raping them; his aim was to create 16,000 wives, just like Krishna, a perverse reading of a mythological story, to justify his vile behaviour. This is what happens when mythology is turned into history and metaphor is taken literally.

In another case of mixing mythology with history, and taking metaphors literally, in the 19th century, during the British Raj, the High Court in Mumbai had to hear a case in which a Guru of the Vallabhacharya sect, the Pushti Marga, who was accused of lewd behaviour and having sexual conduct with the wives of his followers, justifying it with Krishna’s amorous dalliances. In the case that followed, the accusers argued that the Guru who imagined himself as God was propagating a degenerate form of Vedic Hinduism. Eventually, the Guru was exonerated. However, the British Judge held Shri Krishna guilty of inappropriate conduct!

Meera’s poems are full of passion. She demands Krishna’s love. She rejects the love of mortal men, including her husband, a Rajput leader. She refused to see him as husband, she refused to commit Sati when he died, she survived several assassination attempts and left the Palace to dance and sing in Vrindavan and Mathura. When Jiva Goswami, a local saint, refused to meet her because she was a woman, she sent him a message that wasn’t there only one man in Vrindavan — Krishna! She was appealing to the metaphor that all living creatures who depend on God are females and the independent autonomous God, that is Krishna, is male. When family members tried to force her to return from Dwarka, she entered the innermost shrine of the temple and her body merged with the icon there, leaving only her white garment. Thus, she rejected the patriarchal world of Rajput honour and expressed her feminism through bhakti.

Likewise, Radha, imagined by Jayadeva, yearns for Krishna’s love, despite being another’s wife; however, she stays back in Vrindavana and never follows Krishna to Mathura. She challenges conventional notions of love. Is that Tantra at play? Is that feminism? Today, in Vrindavan, in Krishna’s temple, everyone chants “Radha, Radha” as she is the shakti who made Krishna pine for love. She is born of Krishna, in myth, and she makes him experience love and longing, also in myth, the same love and longing that Meera experienced in history.