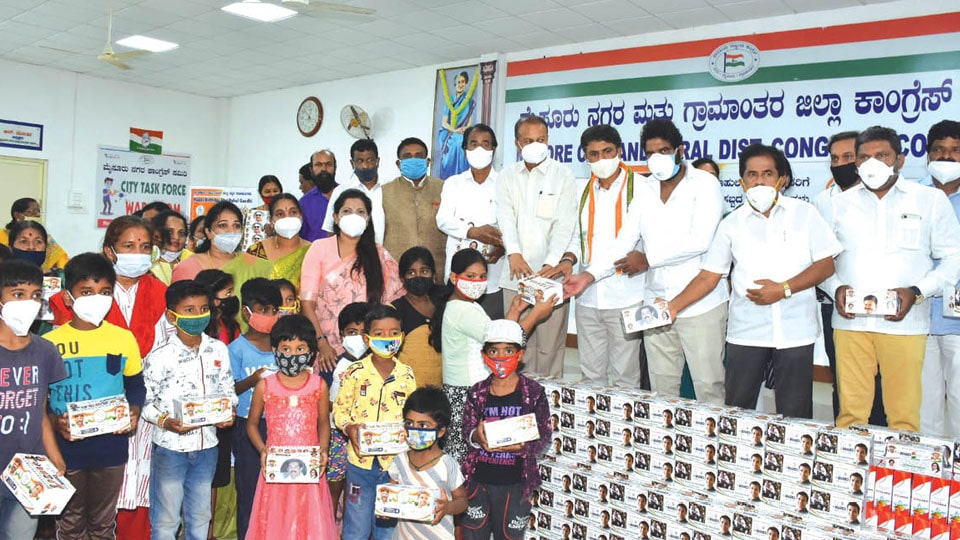 Mysore/Mysuru: The District Congress celebrated the birthday of former AICC President Rahul Gandhi as ‘Seva Diwas’ and distributed essential items, including face masks and medicine kits, free-of-cost  to the people.

KPCC Working President R. Dhruvanarayan, who was the chief guest at a function organised by Congress Women’s Wing at Congress Bhavan in city on Saturday, distributed groceries including cooking oil and other essential food items to poor women. He also distributed free health kits to poor children.

Addressing the party workers, Dhruvanarayan alleged that the State BJP administration is involved in large-scale corruption and mismanagement.

Later, speaking on the occasion, KPCC Women’s Wing State President Dr. Pushpa Amarnath said, “Prices of all essential commodities have increased due to policies of the Centre. We would like to condemn this unprecedented price rise. Symbolically, today, we are distributing half a litre of cooking oil to 100 poor women and medicine kits to 100 children. We have also distributed 60 grocery kits to poor women.”