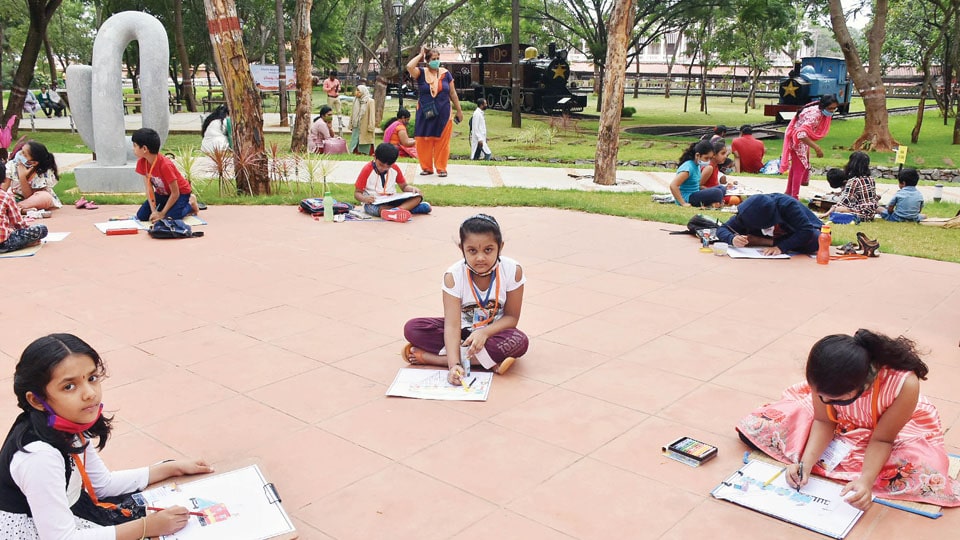 Mysore/Mysuru: Over 50 children participated in the I-Day drawing competition organised by Mysuru Rail Museum at its premises in city yesterday. Children in the age group of 5-10 years took part. The theme was ‘Trains and train journey’ or any inspiration from the Museum.

DRM Aparna Garg, who was the chief guest, distributed prizes and complimented the organisers for observing protocols like social distancing, wearing of masks, sanitation in the premises.