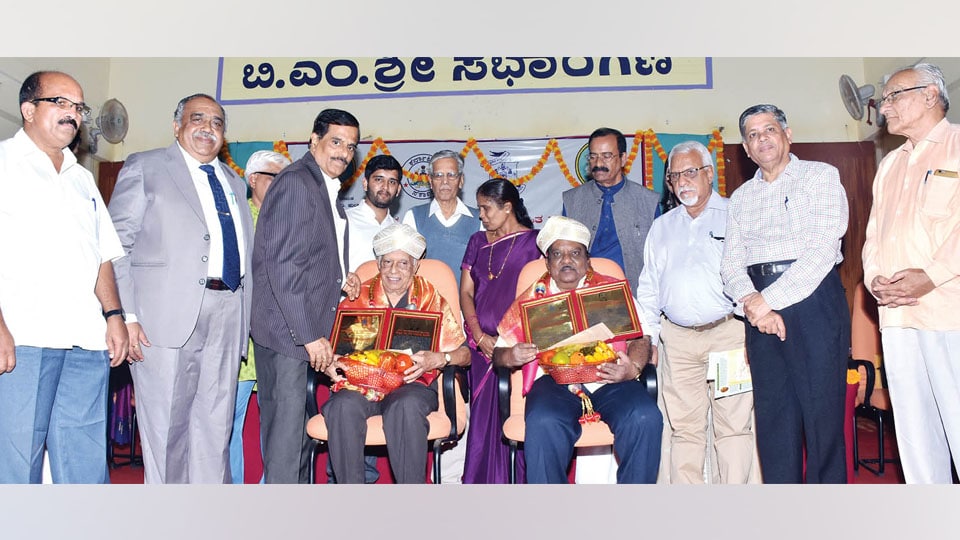 Speaking after presenting the awards, State Kannada Sahitya Parishat President Dr. Manu Baligar said that an Expert Committee has been formed to develop Kannada software in accordance with the modern day requirements.

Pointing out that UoM Vice-Chancellor Prof. G. Hemantha Kumar is himself is a computer expert, Baligar stressed on the need for the Committee and sought Prof. Kumar to work with perfect co-ordination for updating Kannada software.

Stating that the influence of Tamil, Telugu, Marathi and other languages had turned Kannada into a second grade language 150 years ago, Baligar said that many great Kannada votaries including Galaganatha and Rajapurohit came forward to take Kannada to greater heights through sheer efforts, dedication and love for the language.

Prof. Hemantha Kumar, who spoke after inaugurating the programme, said that many literary giants had strived for promotion of Kannada during the British Colonial era and Galaganatha and Rajapurohit were among them.

READ ALSO  The origins of Republic

Underlining the need for translating the works of Galaganatha and Rajapurohit to all other regional languages, she said that  Kannada and Culture Department would provide all help if the Prathishtana takes up the task.

Highlighting the works of Rajapurohit, who was also a historian, he said that the renowned writer was among the many Kannada literary greats who worked for keeping the pride of Kannada afloat. Stating that the Prathishtana has planned to construct a huge Bhavan at Haveri, Prof. Nadagouda said they had purchased land for the same and sought Rs. 2 crore special grant from the Government for construction of the building.