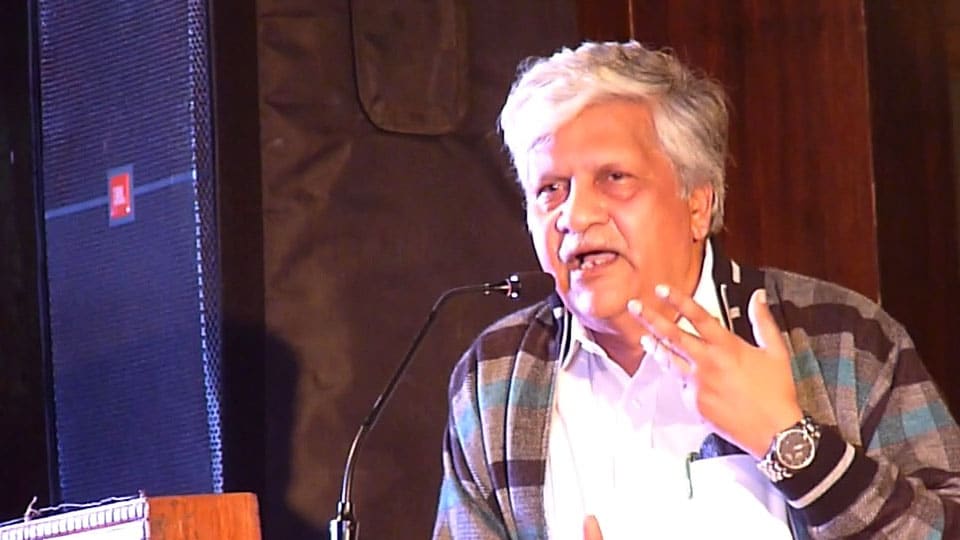 Mysuru: Senior Film Director S.V. Rajendra Singh Babu has urged the State Government to establish the Film City in Mysuru only and not to shift it elsewhere.

In a statement, Babu urged the Government to realise the dreams of great actors such as Dr. Rajkumar, Dr. Vishnuvardhan and Ambarish, who had strongly proposed the idea of establishing a Film City in Mysuru.

Pointing out that the previous Congress Government headed by Siddharamaiah had sanctioned 124 acres of land at Immavu near Varuna for the Film City, he said that the coalition Government that succeeded the Congress Government shifted it to Ramanagara and now the BJP Government wants it at Bengaluru. Urging the Government not to ignore Mysuru while opting for Bengaluru, he recounted Mysuru’s close association with cinema for decades. Noting that Hollywood Producer Alexander Korda, the Producer of the famous film ‘Black Tiger’ of 1946, had said that Mysuru is one of the most favourite spots for film shooting, Babu said that actor Sabu of Hollywood fame too wanted a full-fledged Film City in Mysuru. Even Thespian Dr. Rajkumar too had suggested establishment of the Film City in Mysuru during a meeting with S. Bangarappa when he was the Chief Minister in the early nineties, Babu said.

Asserting that the journey of Kannada cinema began in 1929, with the then Royal family member Kanteerava Narasimharaja Wadiyar shooting for the film ‘Nirupama’ in the Palace premises, he said that with this, the Mysore Palace can be called as the first Film Studio in the State and Kanteerava Narasimharaja Wadiyar as the first Kannada film producer. Taking all these facts into consideration, the Government should establish the Film City in Mysuru itself, Rajendra Singh Babu contended.