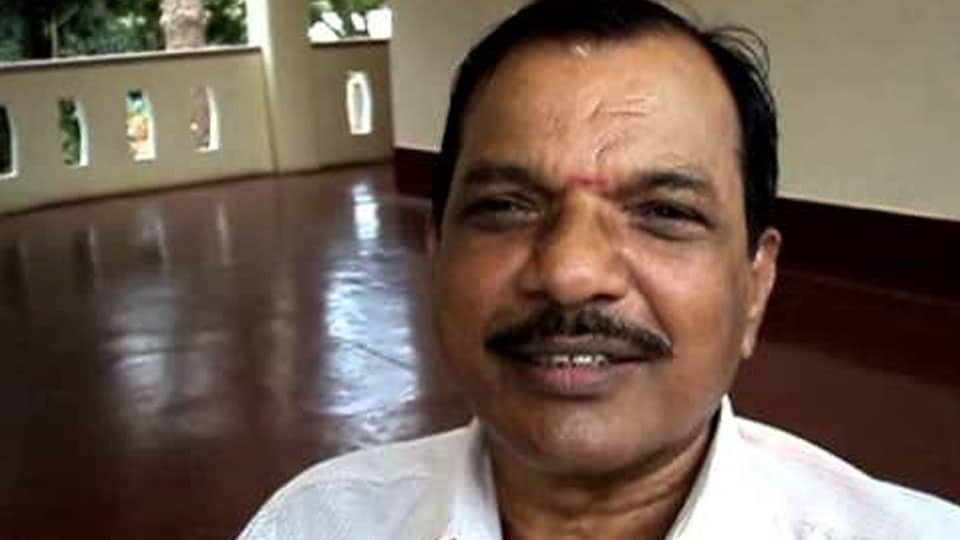 Mysuru: The Government-constituted Selection Committee seems to have goofed up on the Rajyotsava Awardees list as the city’s renowned folk scholar Dr. P.K. Rajashekar has been selected for the honour for the second time under the same category.

Dr. Rajashekar had bagged the Kannada Rajyotsava Award for the first time in 2005 under folklore category.

Speaking to SOM this morning on his selection for the award for the second time under the same category, the scholar said he had no official information on being selected for the honour and that he learnt about it only from the media. Confirming that he was a Rajyotsava awardee in 2005 under folklore category, Dr. Rajashekar said he will accept the award this year only if it was not wrong to accept the same for the second time.

He further said that he was not after any award and as such he will not be disappointed if it was against norms to receive the award for the second time.

When SOM contacted Kannada and Culture Department Secretary N.R. Vishukumar, he said that he will be writing a letter to the Karnataka Government seeking clarification on whether the Rajyotsava Award can be conferred on a personality for the second time. The Government will take a decision.

CM Siddharamaiah will give away the awards at a function at Ravindra Kalakshetra in Bengaluru on the occasion of Kannada Rajyotsava tomorrow.

ONE COMMENT ON THIS POST To “Rajyotsava Award goof up: City folk scholar gets State award again after 12 years!”