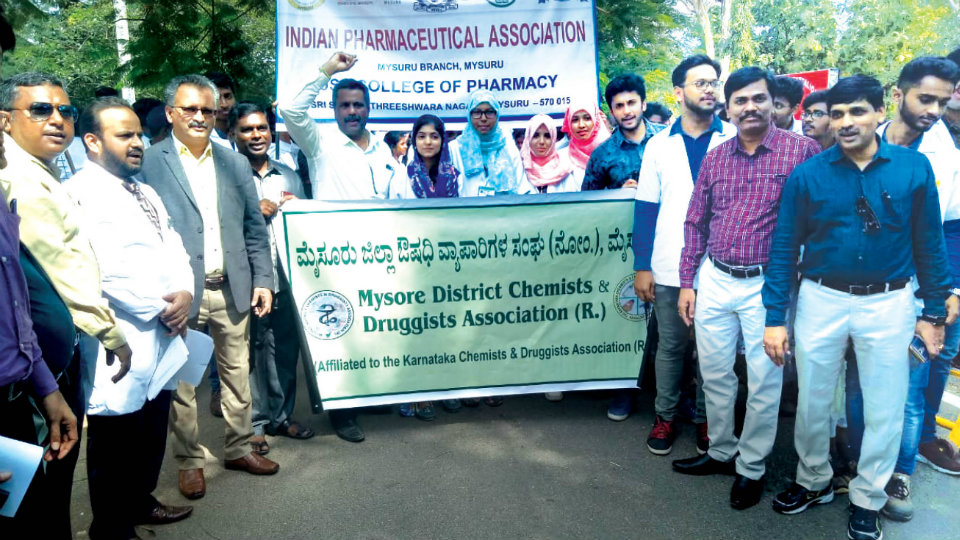 Rally against online sale of medicines

Mysuru: A protest rally, organised by Indian Pharmaceutical Association, Mysore Branch, against online sale of medicines and amendments to Schedule K of Drugs and Cosmetics Rules, 1945 was taken out in city yesterday morning.

Continuing, he said that amendments were being made to Schedule K of Drugs and Cosmetics Rules, 1945 which makes even an Anganwadi worker to dispense medicines which has raised serious objections for the proposed amendments.

He said that the recent amendments brought out by the Central Government would allow unqualified persons to dispense medicines in the absence of qualified registered pharmacist which would lead to medication errors and prove detrimental to patients and the downfall of pharmacy profession. The protestors, in view of patient’s safety had urged the Government to withdraw the amendments to Schedule K. Of Drugs and Cosmetics Rules, 1945 and encourage services of pharmacy profession throughout the country.