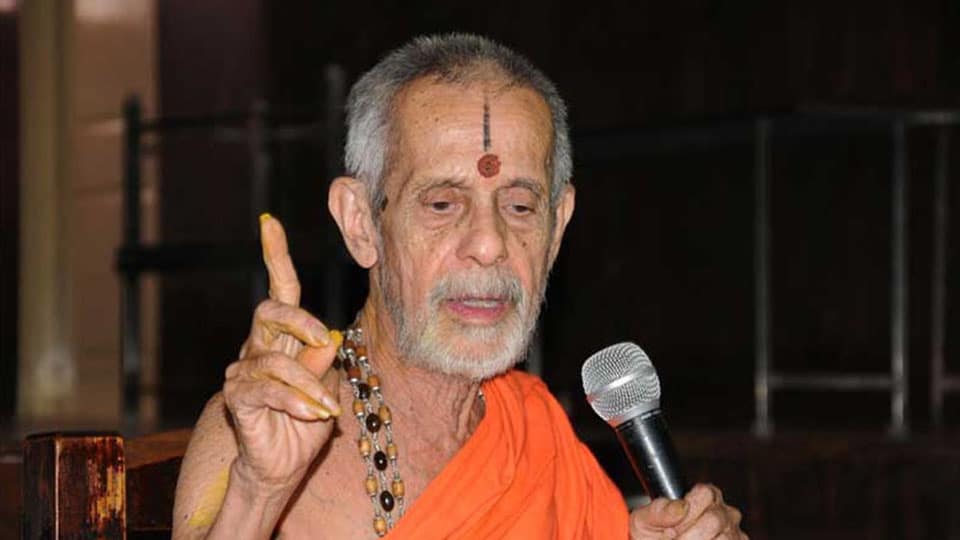 Ballari: Pejawar Adhokshaja Mutt Seer Sri Vishwesha Theertha Swamiji has expressed confidence that Ram Mandir will be constructed at Ayodhya by the time the BJP-led Government at the Centre completes its second term.

Speaking to reporters at Sri Krishna Mutt here, he said the Mandir will be constructed after the Government secures a majority in Rajya Sabha. The Supreme Court is also likely to deliver judgement in favour of the construction of the temple. Hence, the construction of Ram Mandir is certain this time, he added.

According to him, the temple and the mosque can co-exist in Ayodhya, but the mosque should be at a distance from the temple to avoid any dispute. “I stand by my view that Ram Mandir should be built in Ayodhya. However, it has to be done according to rules. The Parliament and Constitution are the ultimate authorities,” he said.

About West Bengal Chief Minister Mamata Banerjee’s support to migrants from Bangladesh, he said, “Mamata Banerjee is into anti-national activities. She should not get angry. Even I am not happy with this.”

The Seer said BJP has regard for the Constitution and it is also a Secular Party. It is regrettable that the confusion over the majority still continues in the State Government. The political parties should join hands together and strive to provide good administration to the people.