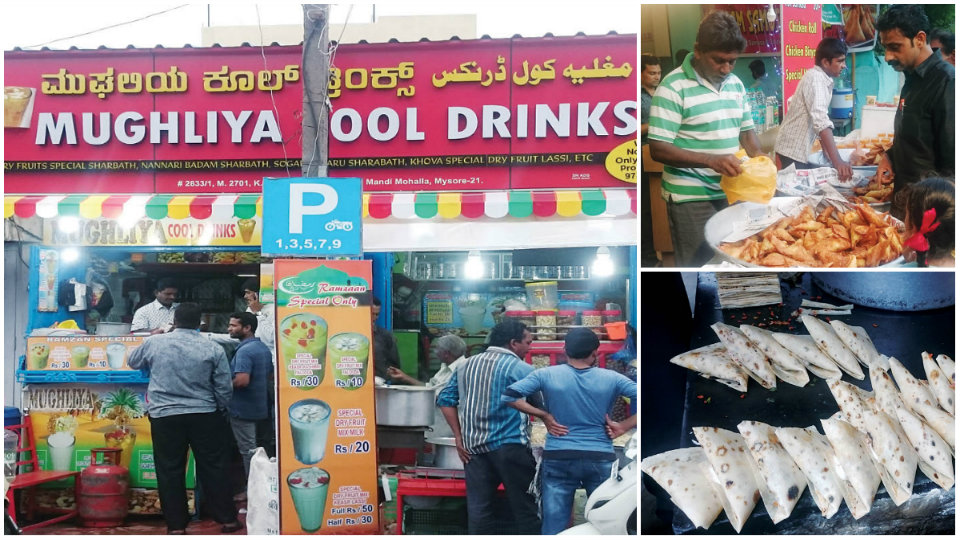 Ramzan holy month is definitely about tasting varieties when it comes to food and everyone in city — irrespective of caste and religion — get together to savour the delights as an assortment of dishes from across the country make an entry, bringing about diversity to the kind of food culture that Ramzan brings.

Come Ramzan and Mysureans enjoy delicacies like Hyderabadi Haleem, vegetarian and non-vegetarian samosas, dry fruits, dates, sweets and juices which are specially prepared for the occasion. While the whole city reverberates in festive spirit, shops in areas where Muslim community dominates such as Mandi Mohalla, Udayagiri, Shanthinagar, Lashkar Mohalla, Rajivnagar, etc. are a hub of activity.

Some shops which regularly attract customers with their delicacies are S.A. Samosa Corner on Hyder Ali Road near Forum Centre for vegetarian samosas, Azam Samosa Centre on Ashoka Road opposite Masjid-e-Azam for non-vegetarian Samosas and Mughliya Cool Drink centre for special juices.

Apart from food, there is perfume that is a great hit during Ramzan. Dubai Centre on Meena Bazaar Road sells Attar imported from Dubai along with perfumes without alcohol, Islamic calligraphy artefacts from Egypt, Surmai (Kajal) from Madina in Saudi Arabia, exotic leather handbags for ladies, hand-crafted skull-caps from Indonesia among other items.

He said that even the samosa patti or samosa pastry sheet used to wrap the ingredients before being deep fried are prepared by him unlike some others who prefer to buy readymade samosa patti. He sells per samosa at Rs. 12 and starts preparing samosas at about 1 pm and begins sales from 3 pm till 11 pm. On an average, Akheel sells about 4,000 to 5,000 samosas a day. 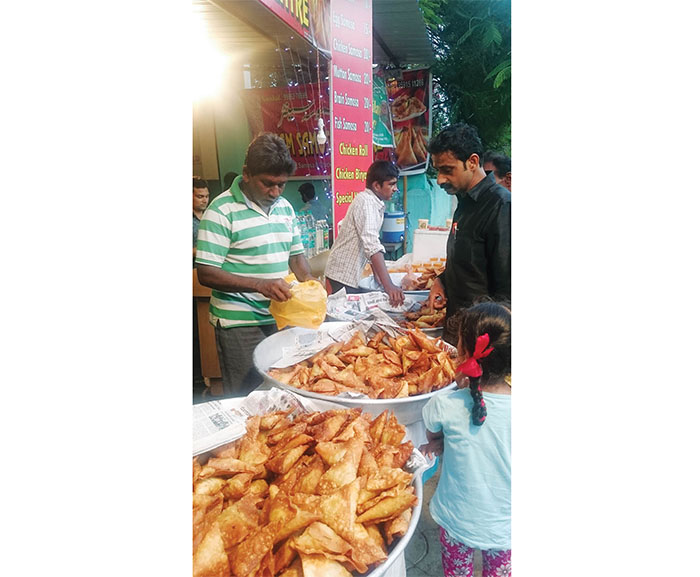 After having delicious Samosas, visiting Mughliya Cool Drinks shop in Savoy Chowk on K.T. Street in Mandi Mohalla is a must.

The shop also sells regular juices such as Nannari Badam Sherbet, Khova Special Dry Fruits Lassi and Dry Fruits Special Sharbats, which is available throughout the year. Established in the year 1983 by late Syed Jaffer, the shop is now looked after by his son Fairoz Pasha.

Speaking to Star of Mysore, he said that Muslim brethren throng his shop to break their fast during Ramzan month as it gives them a chance to regain energy that is drained off during fasting time.

“I use only natural ingredients and no artificial flavours are added. This is one of the reasons why people come to my shop,” Fairoz added. ]

Established in 2002, M.A. Ansari, proprietor of Dubai Centre, said that the shop offers Attar which is imported from Dubai, perfumes without alcohol, calligraphy artefacts from Egypt, Surmai (Kajal) from Madina in Saudi Arabia and  exquisite handbags.

Speaking about Attar, Ansari said that Attar is a perfume made from blending natural ingredients into fragrances without using any chemical or alcohol additives. “Attar is pure to the last drop and a small bottle lasts several days and the fragrance lasts for hours,” he added. 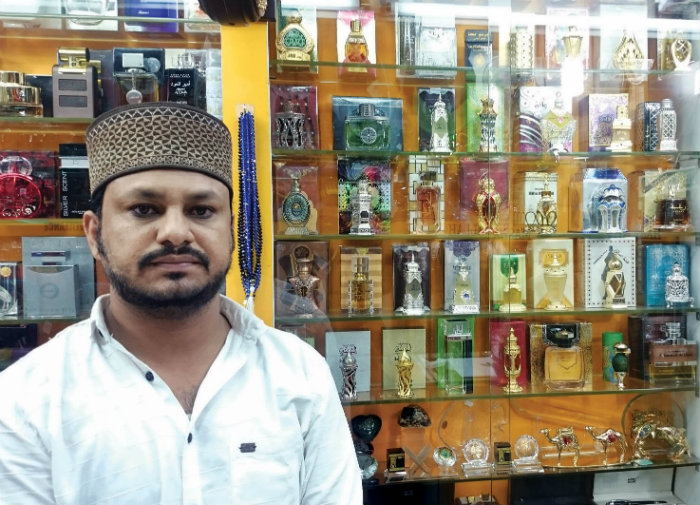 The fragrances come in fancy crystal bottles of 3 ml, 6 ml and 12 ml and popular fragrances available in his shop include Dehunul Oudh, Musk, Amber, Mukhalat, Mubhakhar, etc., which are priced anywhere between Rs. 50 and Rs. 200. But some of exotic fragrances available at his shop can cost up to Rs. 15,000. Also available are non-alcoholic body sprays that have milder fragrance that smell like some of the branded sprays available in the market. The shop also sells leather handbags. 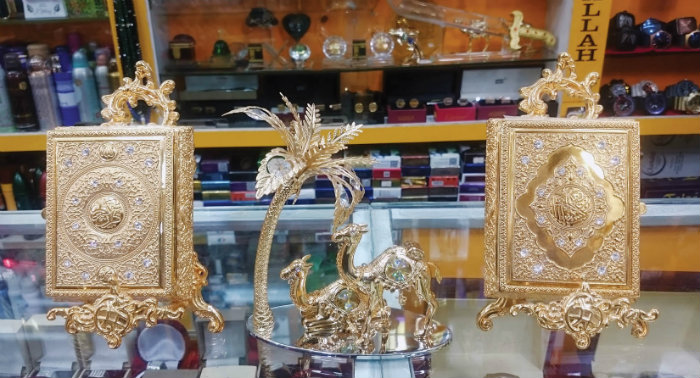 He proudly displays a unique 24-carat gold plated Quran box and Silver Quran box which include the Holy Book and gold-plated Mecca Clock Tower from Saudi Arabia. It is indeed a one-stop shoppers’ paradise. 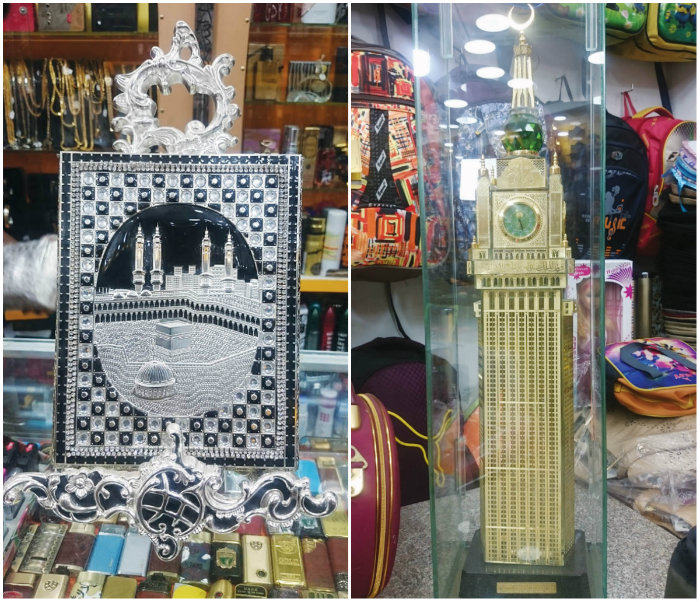 Moulana Zaka Ulla Saheb has requested all the Muslim brethren to pay their ‘Fitra’ two to three days early or at least before going to Namaz on Eid so that the poor can also celebrate Eid. 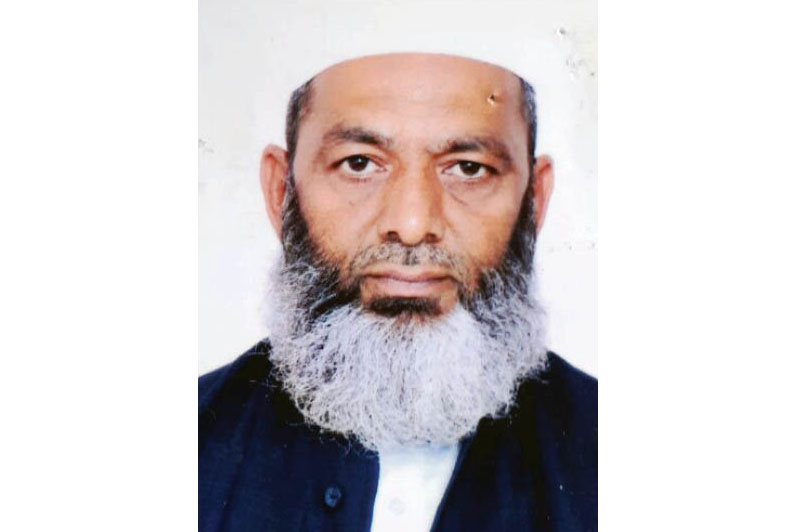 “Ramzan is like a training period for Muslims gifted by Almighty Allah. We do not utter any words that will hurt  anyone nor tell lies. We offer prayers all the five times without fail and offer maximum charity in the name of Zakath (2.5 percent of our income) Sadqa and Khairath to the poor,” he said.

“We treat everybody with respect and love, spreading communal harmony and brotherhood which is called ‘Huququl Ibad.’  Allah wants us to even follow the same noble things after Ramzan.  After doing all these noble things and after seeing the Moon we will assemble in Eidgah Maidan the next day on Eid to thank the Almighty for giving us the opportunity to do good things, pray for him for our safety and prosperity, development and security of our country,” he added.

Power of giving charity during Ramzan

According to ABS Syed Abbas, an entrepreneur known for giving charity, “Rewards and forgiveness of Allah spread during this sacred month. One who realises how small the preparation he has to welcome the Judgement Day later on will be very pleased to welcome Ramzan. One who acknowledges how many sins he has committed will have no other feeling but happiness and joy in welcoming Ramzan.” 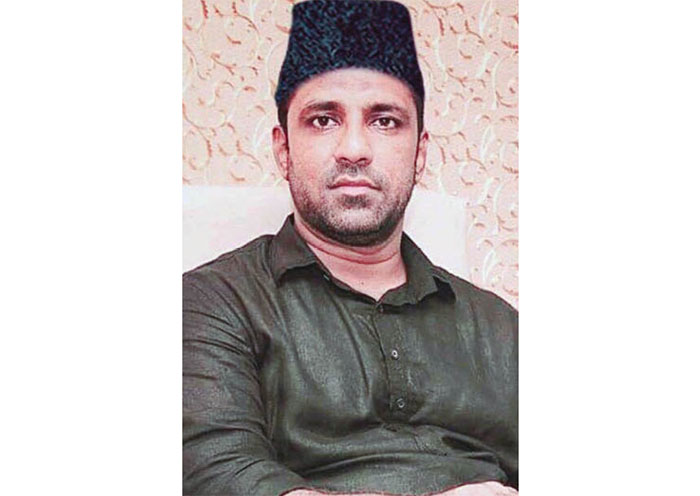 He said that one of the doors that Allah has opened to His people to gain rewards during Ramzan is through giving charity/ alms. Islam always advises its followers to give plenty of charities, especially during Ramzan.

Abbas said that giving charity is an act of giving something out of kindness, religious duty or generosity and added that it helps to strengthen love, understanding, mutual support and brotherhood between rich and poor.

He said, “Charity has great rewards. That is why the Prophet said charity never reduces one’s wealth but increases it. If charity is given during the Holy Month, its reward is combined with the honour of time. It is known that righteous deeds during Ramzan are distinct from those performed in other months.”

Abbas said that one who feeds a fasting person will generate greater rewards. Citing an example, Abbas said that if a person gives Rs. 100 as charity during Ramzan, he would be rewarded with Rs. 7,000.