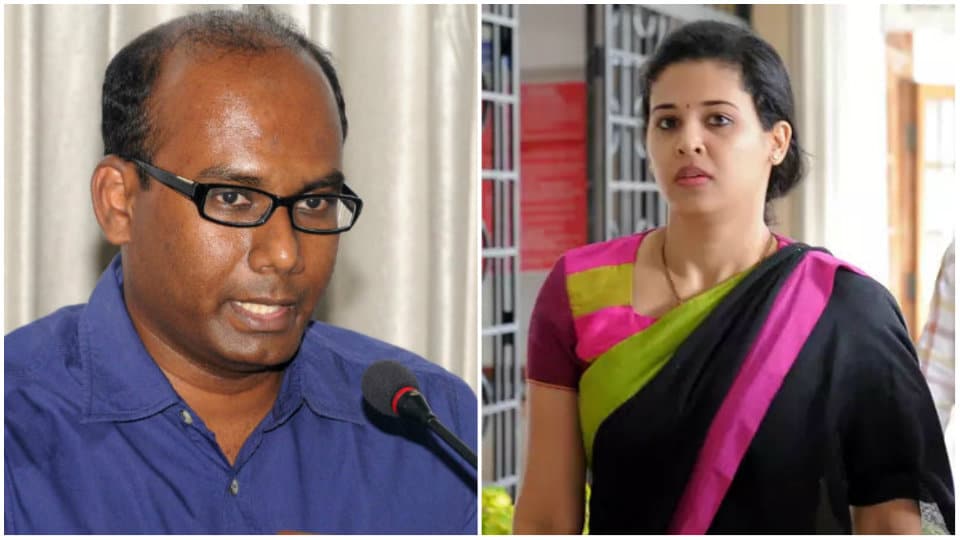 Randeep gets relief as CAT sends him to Hassan as DC

Bengaluru:  In a major relief to former Mysuru Deputy Commissioner D. Randeep, who was waiting to assume charge as Hassan Deputy Commissioner, the Central Administrative Tribunal (CAT) has asked him to immediately take charge as the Hassan DC. The CAT ruling came this morning while it was hearing the petition by Hassan DC Rohini Sindhuri Dasari.

Quashing Rohini’s petition that questioned her transfer as Commissioner of Department of Employment and Training in Bengaluru, the CAT upheld the Government’s order.

The CAT had earlier stayed the Government order and Rohini had even moved the Karnataka High Court which had asked the officer to petition the State Chief Secretary.

The CAT order has come as a setback to Rohini who now has to report to the new posting.

Randeep, who was waiting for a posting had also petitioned the CAT seeking a direction about his next posting. He and his family are stay put in the Deputy Commissioner’s residence in Mysuru since the first week of March despite  his transfer.

The next day he returned to his office in Mysuru and took charge as the post could not be kept vacant. However, he had to handover charge to Vijayapura DC K.B. Sivakumar who was appointed as Mysuru DC.

Speaking to Star of Mysore this morning, Randeep said that he was in Bengaluru for the CAT hearing and said that he has been directed to take charge immediately. “I will leave to Hassan now and will take charge by today evening,” he said.