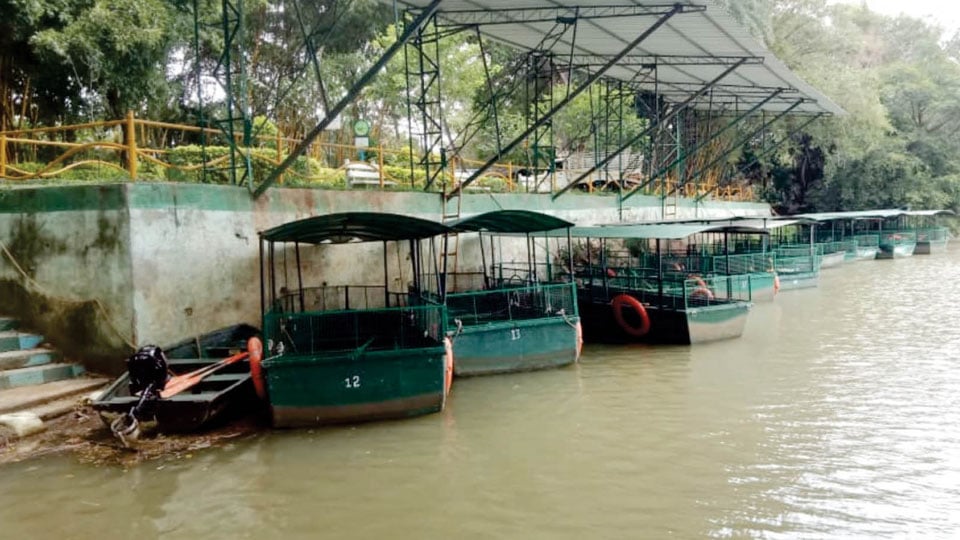 Mysore/Mysuru: Citing lack of tourists, prevention of COVID-19 from spreading and release of large quantity of water to Cauvery River from KRS in future, the Ranganathittu Bird Sanctuary at Srirangapatna, has been temporarily closed from today until further orders.

Disclosing this to SOM this morning, Deputy Conservator of Forests (DCF) Alexander said that as of now KRS was receiving an inflow of 37,068 cusecs and there is an outflow of 3,233 cusecs which is being released into Cauvery River that flows through Ranganathittu.

Earlier, the boating was being stopped when 7,000 cusecs was released into the river from KRS, he said and added that anticipating that the inflow to KRS reservoir would increase as heavy rains are pounding the Cauvery catchment area and also in Kodagu, once the KRS reservoir reaches its maximum, there would be heavy discharge of water from KRS to the river which floods Ranganathittu. Hence, as a precautionary measure, the Bird Sanctuary has been temporarily closed from today, he said.

There are a total of 20 boats out of which 18 are not being used due to lack of tourists and visitors, Alexander said and added that out of an average of 30 tourists, only about 10 prefer to go boating.

As eight Forest staff has tested positive for COVID-19, Aranya Bhavan at Ashokapuram in city has been sealed down and the MCC staff sprayed disinfectant in the presence of Chief Conservator of Forests (CCF) T. Heeralal, DCFs Dr. K.C. Prashanth Kumar and Alexander this morning, Alexander said.